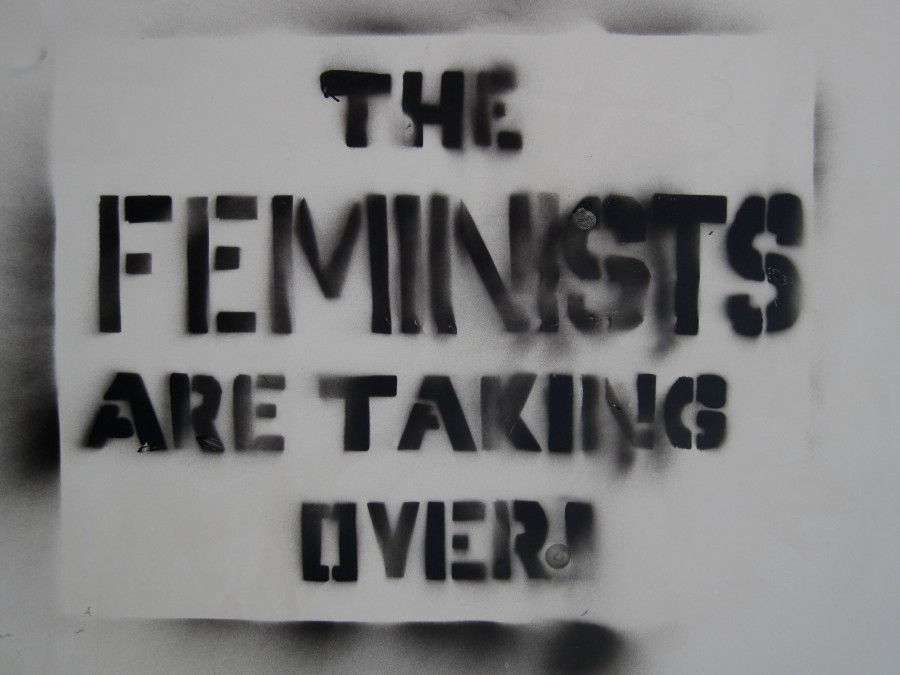 White feminism was never going to save me. I knew this, even though many of us put faith in an America that wasn’t ever for us and in a system that wasn’t designed for us. I admit in a gullible belief that a majority of white feminists would show up to the polls and do the right thing, even if they weren’t willing to confront their own white privilege and proximity to white supremacy.  But 53 percent of white women who voted, voted for this administration. I knew that my communities and people wouldn’t be saved, but we wouldn’t be facing the hell that many of us are now facing if intersectionality had been more deeply understood.

Single queer mothers of color like myself are surviving heavy welfare reform, still living in poverty, and dealing with parallel systems of oppression like racism and ableism that create barriers that work towards perpetuating the same social hierarchy of white supremacy. And it’s getting worse.  Some of us are afraid we won’t have long to live because we rely on Medicaid and the ACA for medicines, therapies, and specialists that are too costly to pay for on our own. My Mexican dad, once a bracero and now a citizen, fears he or his children could be deported. Even as a citizen he fears that possibility.

And not that I ever believed in a piece of paper validating a marriage, but I don’t know whether I’ll be able to marry in my state. In January, State Governor Greg Abbott and Lt. Governor Dan Patrick and state Attorney General Ken Paxton filed a brief that could allow Texas to reconsider the scope of marriage equality. Getting married is the least of my concerns right now, but it’s one of those rights that may soon be taken away from me, so I feel like I should be holding on to whatever I can.

I live in Texas, so on a state level, there is a continuous fight for individual rights and body autonomy. I am seeing the rights of women, women of color, minorities, those living in poverty, children and adults with disabilities, immigrants, people with uteruses and people who need reproductive care being chipped away in courts.  And at the national level, we remain vigilant, waiting for more announcements, executive orders, or public policy to be introduced by the current “cabinet of horrors,” leading with their anti-LGBTQ positions.

We’ve always been here—we call in for critique and white feminists will name it a complaint. When we call for an examination of intent, white feminists will say we are being angry and emotional. Now’s the time for resisting, everyone is saying, but my Brown and Black queer and trans family has already been doing this for a long time.

On the ground and online, this work has been ongoing. We’ve been creating networks, zines, and zine anthologies. We’ve celebrated Xicana/Brown and Indigenous body positive projects, artists with disabilities, and those that ask us to be critical of ourselves. We have been publishing books and creating presses around kitchen tables, organizing marches or vigils from our beds. We’ve been creating revolutionary alternatives to mainstream collectives, clubs, and writing in ways that allow us to resist and push back in ways that our communities have been cultivating for generations. We’ve built these resilience strategies because our communities needed to find sustainability.  We’ve been battling white feminists for decades and white supremacy for centuries.

Society sees me first usually as a Latinx, either as Mexican or Puerto Rican depending on what part of the United States I’m in. I have a Spanish name and it’s a part of my identity. I am also queer, poor, a single mother, a daughter of immigrants, live in south Texas, and have a learning disability that makes it hard to read maps. All these are intricate to my identity. As a mujerista, I distanced myself from the harmful associations that feminism has done to Black women and women of color in the name of unity, and doing so has allowed me to cope and thrive within systems that don’t acknowledge my multiple intersecting identities as one.

There exists a sort of selfish greed within the disability rights movement where if race or culture is brought up (and within white feminism, if race, culture, or disability is mentioned) that means we are distracting from the big picture. The way I feel about the disability movement is the same way I feel about the feminist movement. Often, the models used in these movements won’t embrace the struggles of people of color or people of color with disabilities. When I see the word “intersectionality” being used, I want to see a sincere invitation to the table (it’s accessible right?) in a genuine attempt to build community. And if I do decide to show up, I expect to see the more privileged, abled parties willingly give up their seats for us Brown queer sick crips.

Yes, there is anger and trauma in this crip body. There’s collective trauma pooling in my DNA from being part of multiple historically and currently systemically oppressed marginalized people. I get that white people need feminism to liberate themselves from white supremacy, but I need to liberate myself from white feminism because it is not going to help me, my family, or my community survive.

If you want to be intersectional, listen to the most marginalized folks who are speaking from  experience. Pay us for our expertise. Pay us for our time and knowledge and, since you are asking us to prove our humanity and worth, pay us a per diem every time you ask us to prove we live in a racist, ableist, xenophobic society. Build connections with marginalized people of color. Invite working class poor single mamis to conferences on your dime. Learn about emotional labor and why femmes of color have a right to say no to this unfair expectation in society. Listen to the needs of crip writers and artists in your communities and then implement the changes they’ve suggested. Acknowledge the privileges you never realized you had. Do the work. I’m tired. We’re tired.

Intersectionality is not just a theory, it’s a process of surviving the intersecting experiences of our multiple identities and shouldn’t be used to render our bodies and lives invisible and fragmented. 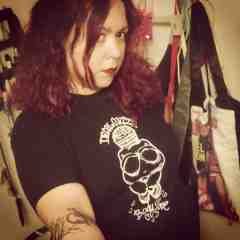 Noemi Martinez is a queer crip chronically ill poet-curandera mixed media artist, writer, historian and cultural worker with Mexican and Caribbean roots. A first generation American, her father came to the US as a bracero and her mother was forced to come to the US as a child because of colonialism. Some of her poems, essays and art can be found in TAYO Literary Magazine, Yellow Chair Review, Jellyfish Review, The Deaf Poets Society, Hip Mama Zine, The Perch, Make/Shift and Revolutionary Motherhood: Love on the Front Lines. She spills secrets and poems, late night twitter style @hermanaresist.

Image description of photo: photo of Noemi a brown person of color, with black-red curly hair looking off center at the camera not smiling, dark lipstick. They are wearing a black shirt that reads decolonize: body love.