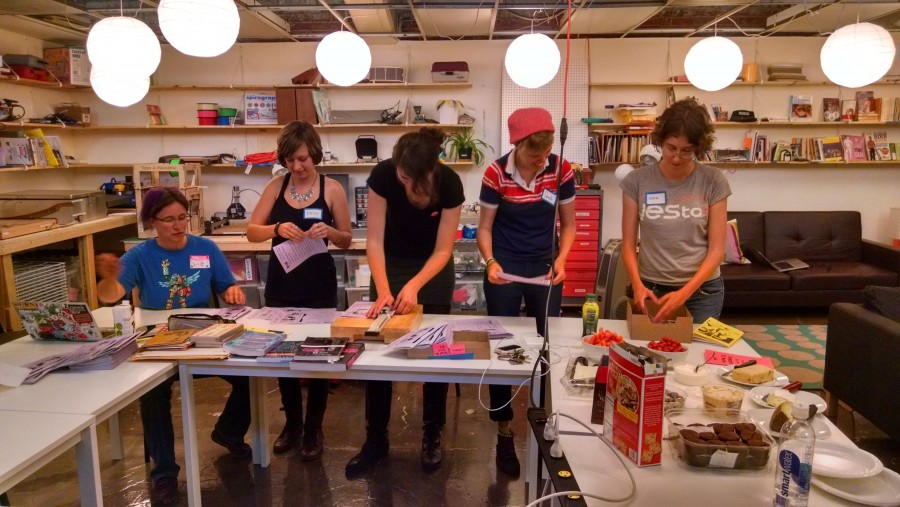 Photo: Double Union hosted a zine-making event last year. The hackerspace has since moved from this original Valencia Street location to its current home in Lower Potrero Hill. Photo by Catherine Fryszczyn.

There is no shortage of stories detailing the suffering and emotional turmoil of being a woman in Silicon Valley. But in 2013, Valerie Aurora, Amelia Greenhall, and Liz Henry found a way to help create a safe space for women working on creative projects: They founded a San Francisco feminist hacker/maker space called Double Union.

In its Lower Potrero Hill digs, Double Union is packed with hacker/maker accoutrements: a vinyl cutter, bins of soldering irons and LEDs, a sewing machine, knitting needles, and a button maker. There are over a thousand hacker spaces internationally, but Double Union is one of a handful that are explicitly women-centered. “With Double Union we were very clear in the beginning: It was not about creating a room with a 3-D printer in it,” said Valerie Aurora. “It was actually about creating a safe community and it happened to have 3-D printers in the room.”

Double Union grew out of Ada Camp, a two-day unconference focused on women in open technology and culture. Ada Camp introduced a codified anti-harassment policy that uses clear, specific definitions and states that anyone participating in qualifying behavior can be expelled. The policy helped create a safe space that nurtured inclusive, cross-gender conversations and has since spread widely to other technology conferences. Henry was inspired by the great conversations she had at Ada Camp in 2013. “We realized, ‘What if we could make a space where we could have this kind of conversation all the time?’” Ten women started meeting up after the conference and, a few months later, signed a lease on an office. Double Union was born.

Before helping found Double Union, Liz Henry helped run an all-gender hackerspace in San Francisco. “I saw so many women come in, really love it, and get turned off from it by chaos, harassment, and over-attention to their gender,” said Henry. For that reason, at Double Union, all members must “identify as women in a way that's significant to them.” The space is open to members at all hours and Double Union also hosts events—some for members only and some open to members and guests. During unscheduled time, members can also bring in visiting guests of all genders.

While some hackerspaces are exclusively geared toward people who work with computers, Double Union is looking for women with all kinds of creative interests. Sewing is intentionally listed before programming or electronics on the DU website to encourage those without experience in technology to apply. Recent events have included an electronic cutting tool workshop, a Soviet fashion hack day, jewelry making, a Dungeons and Dragons game, a workshop on moldable concrete, and a meetup about using apps to quantify relationships.

One of the main goals of Double Union is to make women’s space in tech that has nothing to do with corporate tech giants. This goes against strong norms of Silicon Valley culture, where companies like Google and Intel often sponsor both tech-centric charitable causes and networking events. “That was a very large battle; a lot of people wanted us to take money from corporations,” said Aurora. Instead, Double Union is funded by and focuses on helping its members start their own projects and companies. “We believe that the only way to have a feminist company is for it to have a majority of feminists as founders. Not just women founders. We want good places for women to work,” said Aurora.

Although no Double Union-influenced companies have yet gone public, Mary Becica, a current board member, says that Double Union provides a setting that encourages risk-taking for new projects. She says many startups focus on superficial consumer problems. “Without a confidence in your network, you don't take the risk to try to solve [socially relevant] problems,” said Becica, who describes Double Union as “the feminist bat-symbol flash mob.” She said, “You know you have a network of professionals, people who do different things—all kinds of makers—that aren't in your job.” She says this kind of support becomes especially valuable for women in tech. “You walk a lot of fine lines if you're going after power as a woman in an organization.”

Becica says the bulk of Double Union’s work this year went into multiculturalism and inclusion trainings—addressing homogeneity within the organization. Despite their success creating a physically accessible and functional space, Becica says that there were “still emotional and mental barriers” to creating a diverse membership along axes like race, economic status, and technical literacy. “If you show up to an event and there's no one else like you, you don't want to be a part of that.” Double Union created outreach plans to cast a wider net for members and to combat assumptions built into the membership process surrounding hurdles such as technical literacy.

Becica said many policies at Double Union, such as those surrounding safety and harassment, are meant to “build ourselves to be very resilient and still survive even if we inevitably change a lot.” In its two-year lifespan, all three of Double Union’s founders have stepped down from the board for various reasons. But the membership is still growing rapidly, and in January 2016, Double Union expects to open membership applications so that the organization’s size can double from its current 200 members to 400 members.

Some have criticized Double Union for creating a new space instead of bettering or reforming existing hacker spaces in San Francisco. Aurora said she has learned over the years that leaving an existing model to start a new one is “the best way to make the old thing fix itself. Everybody is like, ‘That was amazing,’ and the old thing is like, ‘Shit, we have to fix ourselves or everyone will leave.’” Double Union directly influenced a nearby hacker/maker space with no articulated code of conduct that Aurora says has experienced problems with harassment and stalking.

Aurora said, “There aren't many places in the world where there's enough physical density of feminist women interested in maker-y things to make a viable hacker space and so—for the rest of the world—we really have to be influential on existing normal hacker spaces.” 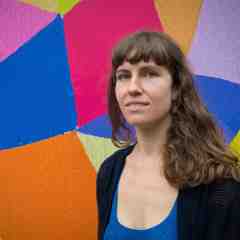 Rachel Cassandra is a writer and designer in San Francisco. She’s written for Bitch, the SFist, Running Times, Narratively, and Juxtapoz. Her book, Women Street Artists of Latin America, was just published by Manic D Press.