Douchebag Decree: For All The Angry Men Who Don’t Believe Women | Bitch Media

Douchebag Decree: For All The Angry Men Who Don’t Believe Women 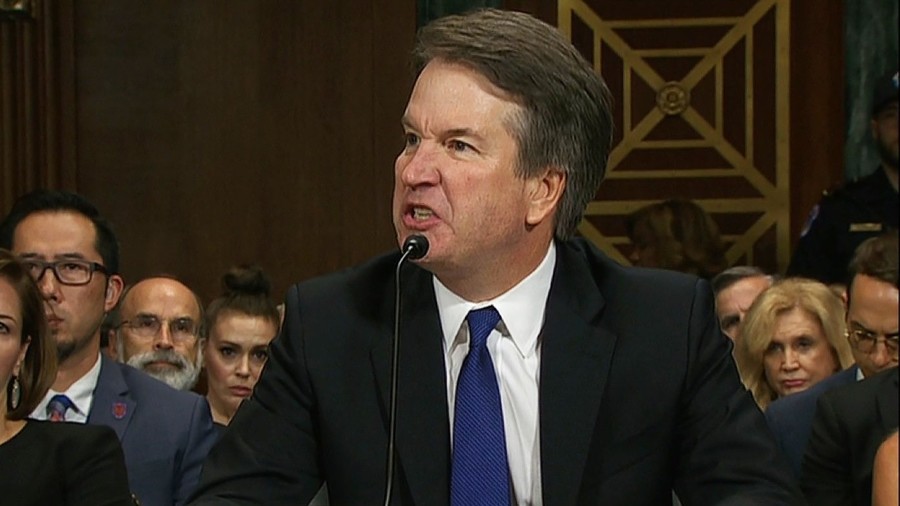 Yesterday, Dr. Christine Blasey Ford testified in front of the Senate Judiciary Committee. Rather than questioning her themselves, Republicans (all 11 of the Republicans on the Judiciary Committee are men) substituted in a Woman Prosecutor from Arizona to question their Woman Witness. Or as Sen. McConnell referred to her, their “female assistant.” The Republicans ceded their time to Rachel Mitchell, so that the questions bounced back and forth between Mitchell and a Democrat. Mitchell questioned Ford all morning, trying to poke holes in her memory, and Ford withstood it. What day was it? What time was it? Why were you there? How do you know it was Brett Kavanaugh?

Things unraveled spectacularly when it came time for Judge Brett Kavanaugh to testify. Somehow the Republicans hadn’t realized they’d created an accused-man-nightmare-scenario in which Kavanaugh was questioned by Mitchell—again, an actual prosecutor—and then a Democrat, and then back to Mitchell! It was almost like Kavanaugh was being given something like the nitpicky, absurd, insulting that survivors receive when they recount what happened to them. That’s when Kavanaugh got mad.

At some points, Kavanaugh babbled about his high-school drinking as if trying to see how many times he could fit the word “beer” into one run-on sentence. He became belligerent, actually answering a question, “So, whatever. Yeah.” Just as the president wanted, he fought back Trump-style. “Senator, what do you like to drink?” he snapped at a question from Senator Sheldon Whitehouse. On Kavanaugh, the sulky and argumentative style just underscored the complete plausibility of each accusation of horrible drunken behavior.

When the Republicans realized they’d wasted hours of their time, they took the mic back from Mitchell, summarily dismissing her and reclaiming their time. With their air time, they expressed their deep sadness for Kavanaugh. For everything he’s gone through. And they got angry.

Sen. Lindsey Graham launches into furious defense of Kavanaugh and condemnation of how Democrats handled the allegation. "This is the most unethical sham since I've been in politics" https://t.co/9FalHY71EC pic.twitter.com/mBy6BjcLmi

I testified in court when I was 17. A lawyer who questioned me tried to pick apart every detail of my account. What direction were you facing? Was that your right or left side? What time was it? Why were you there? How many boys did you see?

I was actually asked to point out my left and right hands in order to prove I knew the difference.

That’s one of the moments that I thought about while watching Ford testify. I know many others were remembering moments like this from their own lives all day yesterday. Because I was a girl, when I talked about what I’d seen, I was confused. Or wrong. Or lying. But when it’s a boy; he’s a good boy. A choir boy. Really a gentleman.

In the endless questioning of women and their stories is the assumption that they will eventually break—trip up somehow or get confused or recant—and that they will break in front of everyone. And while women like Ford are expected to endure that treatment without complaint when recounting their abuse, it’s a testament to their strength to watch how easily Kavanaugh and his friends broke. Yesterday the Republican men in Congress got mad because they accidentally subjected one of their own to the scrutiny they most fear: answering a woman’s questions in front of the entire world.

Read this Next: Some Thoughts on This Morning’s Senate Judiciary Committee Hearing 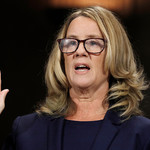 by Bitch HQ
It’s maddening to think of the amount of proactive feminist work that’s not getting done because the past two years have been a pageant of men tripping on their own dicks.