Jonathan Chait Made Up “The Victim Trap” | Bitch Media

Douchebag DecreeChait, You Trapped Yourself 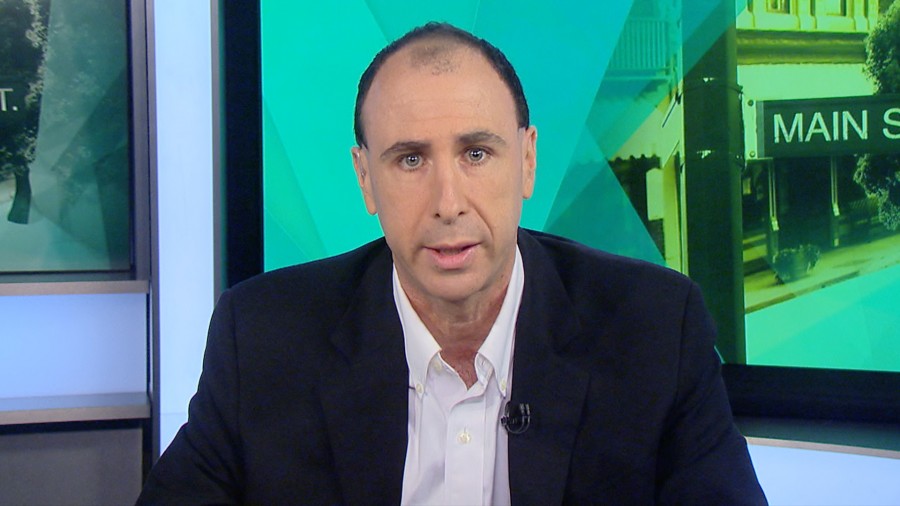 It’s surprising that we’ve never issued a douchebag decree to Jonathan Chait before: He’s had a variety of douchebag moments. Lots of them. But this week, Chait’s story, “Democrats Have Great Female Presidential Candidates. They Need to Avoid the Victim Trap.” pushed him to the top of my douchebag radar for his first-ever decree. Congrats, Chait!

So, the victim trap definitely exists and isn’t something Chait made up, right?

In his eye-roll inducing story, Chait argues that Democratic women politicians are allowing themselves to be portrayed as victims and cites two incidents (Republican senators interrupting Senator Kamala Harris during the confirmation hearing of evil Keebler elf Jeff Sessions and Senator Kirsten Gillibrand mentioning her advocacy work around sexual harassment, as well as her own history with sexual harassment in GQ) to support his thesis. While the featured image for the piece features Sens. Harris and Gillibrand, it also features Senators Elizabeth Warren and Tammy Duckworth—who are not mentioned in the piece. I guess they’re pictured because those Democrat Senate ladies are all the same?

Chait is a broken record on the topic of “victimhood”; I once figured out that I was listening to him doing a reading at a bookstore I was perusing based solely on what I overheard him saying about identity politics.

Chait complains that the media coverage of all the Republican men interrupting Harris “removed Harris of her agency, and reduced her to the status of victim. This illustrates the degree to which left-wing political discourse can paradoxically have a harmful effect on women who are trying to break political barriers.”

Now we’re victim-blaming women politicians for how the media covers their work? Harris was doing her job when she questioned Jeff “you-make-me-nervous” Sessions, as was Gillibrand when she discussed sexual harassment, an issue that affects her constituents. That journalists might focus on the ways in which sexism and harassment exist in the workplace even at the highest levels of power in our country is not surprising nor is it irrelevant. But don’t equate media coverage of these politicians with their own choices or identities—pointing out that Republican senators are sexist pigs who treat their female colleagues like children doesn’t make women senators victims and it doesn’t remove their agency. It doesn’t reduce them to “the status of victim.” It holds these men accountable for bad behavior that only reflects back on them.

Chait later quotes a similarly obtuse Leonie Huddy, a political science professor at Stony Brook, who says of President Trump’s suggestion that Gillibrand would “do anything” for campaign funds: “media stories that condemn Trump’s comment about Gillibrand still replay his original claim which is hard for voters to completely forget. The news stories refute sexism but they have the unfortunate effect simultaneously of reinforcing it by evoking an image of a weak female political leader.”

If you hear a news report about a scummy man using rude innuendo to degrade a female colleague and you think, “Well, that woman must have been weak to let that happen to her,” that’s on you. Unfortunately, Chait, many Americans have been victims of sexual harassment and assault. Being sexually harassed or assaulted is not a weakness, and it doesn’t occur only to weak people: Sexual harassment and assault happens because sexual predators decide to attack. Survivors don’t put themselves in “the victim trap;” they’re victimized. Journalism that points out sexism does not reinforce sexism just because it forces readers to think about sexism.

Chait is a broken record on the topic of “victimhood”; I once figured out that I was listening to him doing a reading at a bookstore I was perusing based solely on what I overheard him saying about identity politics.

In Chait’s 2015 story “Not a Very P.C. Thing to Say: How the language police are perverting liberalism,” he complained about political correctness by writing, “Claims of victimhood that are useful within the left-wing subculture may alienate much of America.” This week, he says:

“Presenting a female politician as a victim may attract support and positive attention among progressive activists. On the left, victimhood is a prime source of authority, and discourse revolves around establishing one’s intersectional credentials and detailing stories of mistreatment that reinforce them. Within the ecosystem of the left, demonstrating that you have suffered harassment or microaggressions is a big win. But among the country as a whole, the dynamic is very different.”

Chait’s been banging the same drum for so many years that I guess he hasn’t heard the rising voices of #MeToo, seen the Pulitzer Prizes awarded to journalism about workplace sexual harassment, or noticed the support behind addressing it as the civil rights issue that it is. Chait, you trapped yourself. 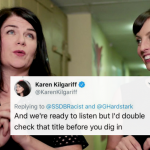 by Ashley Duchemin
It’s so important that we not only make sure to represent victims of color well, but also cease to promote or accept tone policing, respectability politics, and straight, white people serving up opinions that go unchecked.