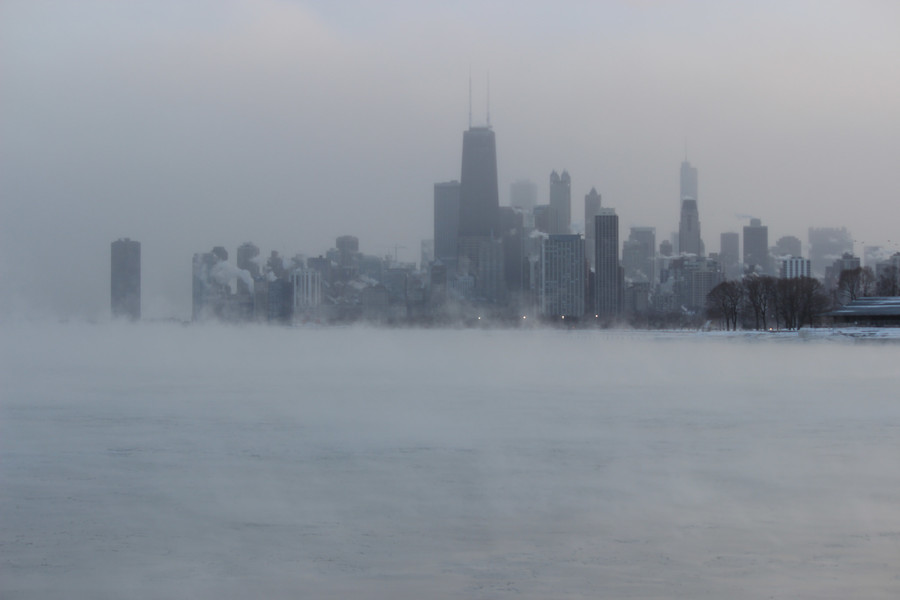 This week, a polar vortex swept the Midwest, bringing with it all-time-low temperatures. Chicago has gotten lows of -20°F (that’s -40°F with wind chill). Thousands of flights have been cancelled or delayed, and thousands more are without power thanks to frozen gas pipes. Mail service has been shut down in several states and hundreds of schools have closed.

It’s difficult to imagine what that cold is like and how to even deal with it. I had the misfortune of living in Chicago during the 2014 polar vortex. My office closed when the temperature reached -15°F, but the next day, my office opened when the temperature rose all the way to -10°F. “This is the coldest air many of us will have ever experienced,” the Des Moines office of the National Weather Service warned. “This is not a case of ‘meh, it`s Iowa during winter and this cold happens.’ These are record-breaking cold air temperatures, with wind chill values not seen in the 21st century in Iowa.” Sounds like it’s really fucking cold.

How cold is it in Chicago at the moment....? pic.twitter.com/U3wJnHZwFY

So cold that train tracks have to be set on fire to function.

Crews are having to set train tracks on fire in Chicago to prevent them from freezing over so that the trains can keep moving! pic.twitter.com/cAgqG3bU0e

So cold that light posts are shaking.

It’s so cold in Cadillac...even the light posts are shivering! pic.twitter.com/LWGTuSLk60

So cold that bubbles are freezing.

Bubbles are FREEZING in this weather, y’all 🤭🤭 #PolarVortex2019pic.twitter.com/GETfSbAd3X

So cold that Hamilton is cancelled!

Both of today's performances of #HamiltonCHI are canceled today due to weather conditions. Please contact your point of purchase before Friday, February 8, 2019, for an exchange to another Wednesday performance before March 27, 2019, based on availability. https://t.co/Lm02jWy2mV

It’s so cold that Hell froze over!

There's a town called "Hell" in Michigan, and it has literally 'frozen over' due to the polar vortex.

Our know-nothing president added his coldhearted and ignorant take on this national crisis a few days ago.

In the beautiful Midwest, windchill temperatures are reaching minus 60 degrees, the coldest ever recorded. In coming days, expected to get even colder. People can’t last outside even for minutes. What the hell is going on with Global Waming? Please come back fast, we need you!

Sorry, Donald: Weather isn’t climate, and cold weather doesn’t mean climate change isn’t real. Actually, the polar vortex is a result of Arctic air traveling south after rapid warming in the stratosphere, which some scientists believe is a result of climate change that could continue to become more common. We have a president who’s uninterested in recognizing or solving the disasters before us, including many ecological ones, and an administration that keeps looking the other way. Yeah, it’s definitely too fucking cold.

Read this Next: How Planned Parenthood Became a Safe Haven for Queer Women 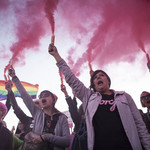