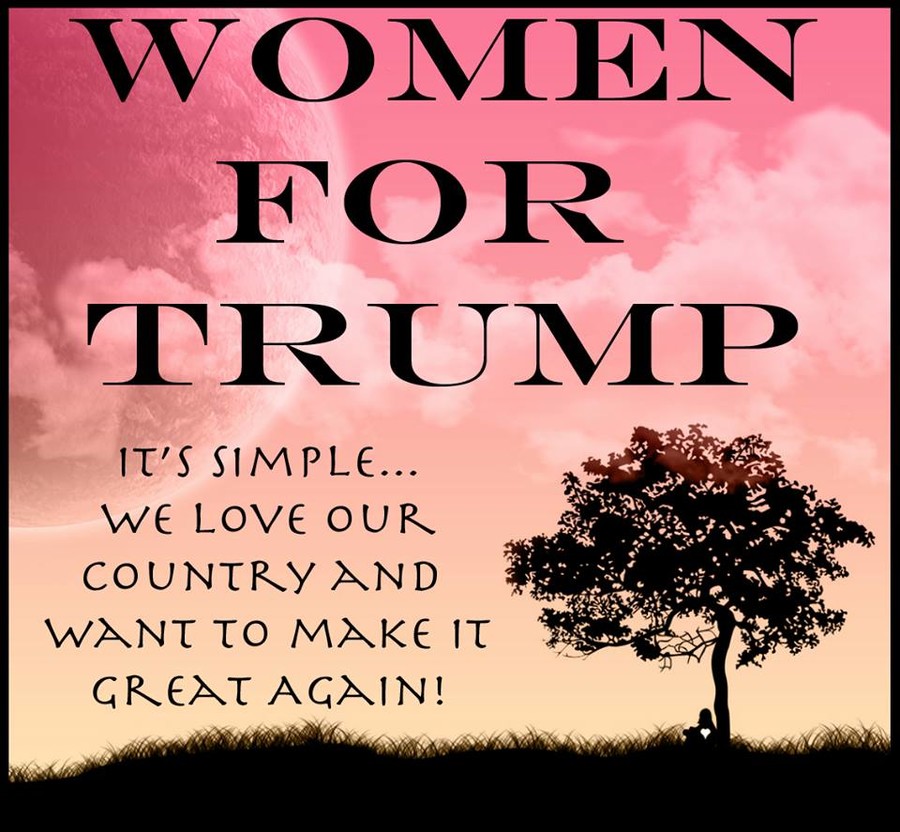 We’re still reeling from Dr. Christine Blasey Ford’s powerful and devastating testimony before the Senate Judiciary Committee. After the hearing, President Trump described Ford as a “credible witness” whose testimony was “compelling.” As we all know, Trump will say anything at any time to anyone, as long as he thinks it’ll move the conversation forward and take pressure off of him. Clearly, he didn’t mean a word of it, and Tuesday night at a MAGA rally in Mississippi he spewed the cruel and demeaning rhetoric he’s become famous for.

The Kavanaugh hearings have revealed this country’s unwavering “himpathy”—a term coined by philosopher Kate Manne to describe “the inappropriate and disproportionate sympathy powerful men often enjoy,” especially at the expense of women. But it’s not just men who actively participate in himpathy—it’s the default mode of our social discourse. And that brings me to the Women for Trump. At every rally, white women are standing behind Trump, cheering him on, and his Mississippi rally was no exception. They laughed and smiled while Trump mocked Ford and focused on the harm that her testimony was causing Brett Kavanaugh. “A man’s life is in tatters,” Trump said. “A man’s life is shattered. His wife is shattered, his daughters—who are beautiful, incredible young kids—[Democrats] destroy people. They want to destroy people. These are really evil people.”

Women for Trump is a political action committee (PAC) that supports candidates “who will support the America First agenda and work to MAKE AMERICA GREAT AGAIN.” So, Trump? This very week they’re holding a Women for America First Summit with the tagline “Heels On, Gloves Off.” The summit will feature “women who support President Trump and the America First agenda” including Lara Trump, Katrina Pierson, and Judge Jeanine Pirro. That sounds like a really bad time, right? We know who most of these Women for Trump are: They’re the 53 percent of white women who voted for Trump. These women are organizing and fundraising to support a crooked man who’s been accused of sexual assault by multiple women and regularly demeans women for sport.

Trump’s rhetoric and behavior doesn’t seem to bother them, as the unending Trump-voter explainer pieces keep attesting. These are “loophole women,” who Ariel Levy described in her 2005 book Female Chauvinist Pigs as “the exception that proves the rule, and the rule is that women are inferior.” Sometimes these women believe in the rule, as well. They laugh along when Trump mocks Ford’s testimony because they think, He’s not talking about me. But what these women don’t see is that their allegiance to Trump and his ilk will not protect them if something bad happens to them.

That personal failure of empathy, though, has actual consequences. Kavanaugh might well be confirmed to the Supreme Court tomorrow, giving a lifetime appointment to a man who has been accused of sexual assault by more than one woman. Kavanaugh’s perspective—on everything including reproductive rights—is going to shape our country for years to come. So is Trump’s.

During her testimony, Ford recounted what she remembered most from that night: “Indelible in the hippocampus is the laughter, the uproarious laughter, between the two, and their having fun at my expense.” All these years later, Ford was invoked on a national stage for a twisted version of her courageous account to be followed by laughter.

I internalized the statistic I learned when I was about ten: One in four women will be sexually assaulted in her lifetime. It’s one in three now. I don’t believe that the Women for Trump don’t know someone who’s been sexually assaulted; they do. But they’d rather be on the inside of a joke than on the outside. Better to be part of the crowd than a target.

There are many metaphors, fables, and aphorisms that describe the moral outcome of this situation, but since it’s October, let’s turn to Shirley Jackson’s perfect short story “The Lottery.” In the classic, a town practices a yearly murder ritual that could target any villager at random. The lesson of the story is that when your name is called, the mob won’t care what side you were on before.

Trump doesn’t care about the crowd, only the roar. Only the uproarious laughter.

Read this Next: #YouToo