Blake Shelton is terrible and not sexy | Bitch Media

Douchebag DecreeBlake Shelton is Sexy if White Mediocrity is Sexy 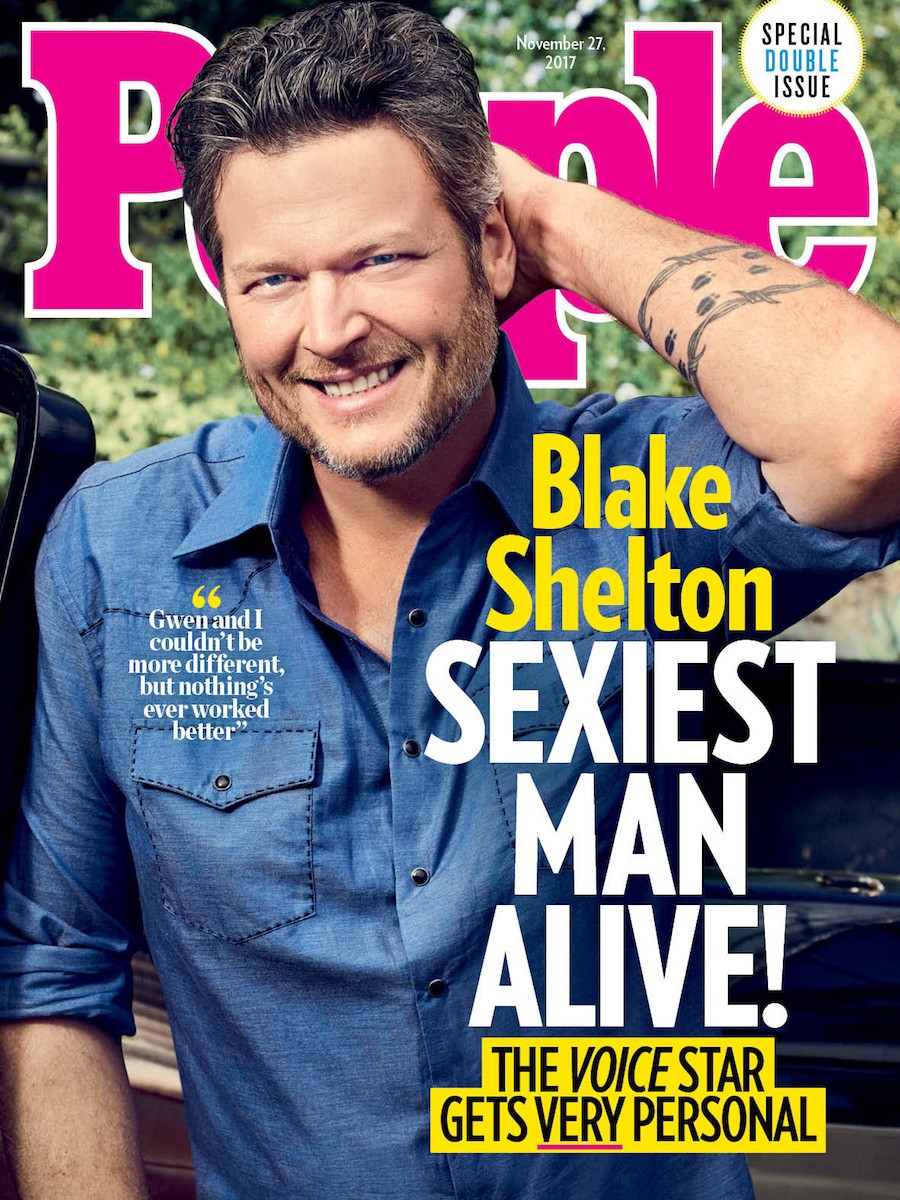 Do you speak for the people, People? Through what process did you determine that anything about Blake Shelton is sexy? I demand a recount! Blake Shelton is a washed-up talent-show judge who probably voted for Trump and is a documented homophobe.

Shelton’s coworker Adam Levine was People’s sexiest man in 2013, which is the main thing Shelton had on his brain during his cover interview with People. “I can’t wait to shove this up Adam’s ass. As proud as I am and honored that you guys asked me, that’s really the only thing I care about.” People liked that homophobic sexual assault joke so much they made it the headline!

What other words came out of the mouth of the “sexiest man alive” during his cover interview? Here are his thoughts on snacks: “It could be 2 o’clock in the afternoon before I eat and then I realize I’m starving, so then it’s a bag of Cheetos. And there’s a Sonic in town, they got jalapeno poppers. And then I’m not hungry again until 10 o’clock, well what’s in there? Fishsticks. And like a big pickle, those pickles that come in its own package with juice? It is really bad.”

Even if I could accept that Blake Shelton is sexy, which I cannot, his cover photo is hideous. He looks like a squinting Kraft American cheese single—like mashed potatoes trying to do the Zoolander squint. Pity the 12-year-olds who must look at the People cover while they wait in line with their parents at grocery stores, asking themselves, Blake Shelton is the sexiest man alive? This is what sexy is? No, children, don’t look! It’s all lies!

People doesn’t have a great track record of understanding sexiness comes in more than one color, either. Richard Gere, Johnny Depp, Brad Pitt, and George Clooney have all been named sexiest man alive twice, yet only three men of color have ever received the honor: Keanu Reeves, Denzel Washington, and Dwayne Johnson. According to People, the first sexiest man alive ever was Mel Gibson, well-known racist, anti-semitic domestic abuser!

People speaks only for the bland mashed potatoes of the world, another example of white mediocrity ruling the day.