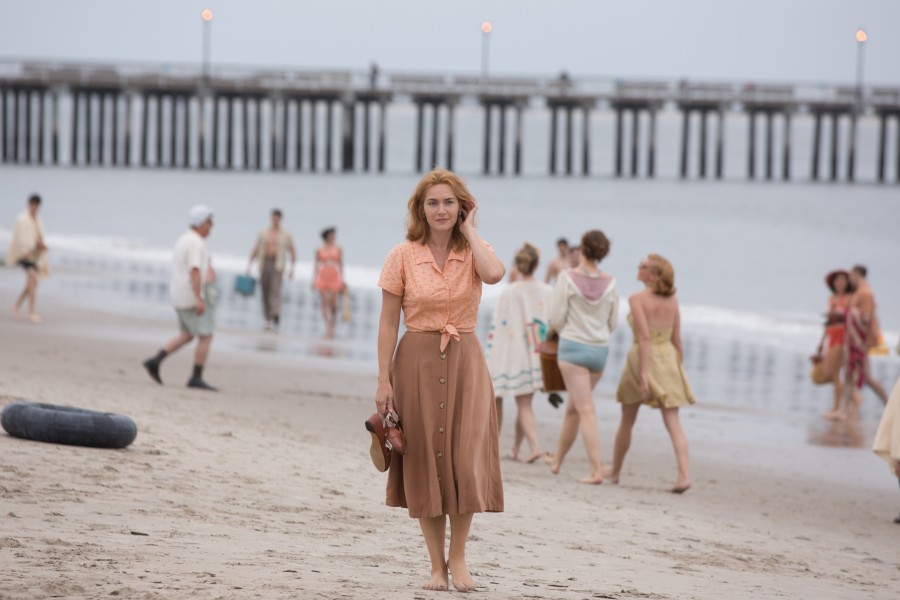 Earlier this year I issued my personal ultimate Douchebag Decree to Woody Allen, who has managed to evade allegations of sexual assault for decades of an illustrious career while making films full of jokes about child molestation, incest, and sexual assault. Now I’m issuing one to his current #1 defender and leading lady, Kate Winslet.

In a recent interview with the Sydney Morning Herald to promote the new Allen film Wonder Wheel in which she stars, Winslet praised the director’s ability to capture female characters:

“I think on some level Woody is a woman,” Winslet jokes as she ponders the question of just how the filmmaker continually creates such memorable female characters. “I just think he’s very in touch with that side of himself. He understands the female characters he creates exceptionally well,” she adds on a more serious note. “His female characters are always so rich and large and honest in terms of how they’re feeling and he just knows how to write dialogue for them to communicate all that.”

The sentence “I think on some level Woody is a woman” alone is enough to issue a Douchebag Decree to Winslet, but let’s dig into it. Woody Allen is a sexual predator and Kate Winslet is out here working hard to rehabilitate his image. In September, a New York Times reporter asked Winslet about her decision to work with Allen despite the allegations of sexual assault against him:

“Of course one thinks about it. But at the same time, I didn’t know Woody and I don’t know anything about that family. As the actor in the film, you just have to step away and say, I don’t know anything, really, and whether any of it is true or false. Having thought it all through, you put it to one side and just work with the person. Woody Allen is an incredible director. So is Roman Polanski. I had an extraordinary working experience with both of those men, and that’s the truth.”

And here she is answering the same question in a Variety interview: “Um. [Winslet narrates her own silence.] ‘She pauses.’ It’s just a difficult discussion. I’d rather respectfully not enter it today.”

But Winslet doesn’t care about the public response to her statements about Allen. In the same Variety interview she added, “I don’t read how people respond to things. We’re always as actors going to say the wrong thing. I think it’s better to respectfully step away from the discussion.”

So because Winslet believes that actors “say the wrong things,” she’d “respectfully” like reporters to stop asking her about her decision to work with a sexual predator. Because she’s an actor she has to “step away and say, I don’t know anything, really, and whether any of it is true or false.” And after all of this refusing to deal with reality, “you put it to one side and just work with the person.” A+ pivoting so that you can reject any shred of culpability and complicity for working with a man who sexually assaulted his daughter, Winslet!

If all of us took Winslet’s bullshit line and “respectfully” didn’t talk about sexual abuse allegations, where would we be? Oh, right, we’d be where we’ve been for decades: Protecting predatory men under the guise of not knowing enough to believe the women who have repeatedly spoken out against them. This week, TIME named 2017’s “silence breakers” as the person of the year. Winslet is doing the opposite: She is keeping the silence for Allen. She rejects her own power to hold celebrities accountable for the abuse they perpetrate and instead uses that immense power to cast doubt on the allegations against Allen and hold him up as a great man who truly understands women. In Winslet’s imaginary world, she gets to be excused from the table because she wants to only focus on the good. And in doing so, she gets what both she and Allen want: to ignore the allegations, sidestep responsibility, and re-label Allen’s behavior as something that’s been blown out of proportion and cannot be accurately assessed.

Winslet seems prepared to refuse to talk about allegations against men she works with no matter what. Except Winslet has spoken out against Harvey Weinstein who produced her films Heavenly Creatures and The Reader, saying, “I unequivocally support this level of very necessary exposure of someone who has behaved in reprehensible and disgusting ways.” Also speaking of Weinstein, Winslet said, “I stand up for myself and I don’t pander to what you’re supposed to do and what you’re not supposed to do. I won’t be pushed around or bullied by anyone. I was bullied as a child. Never again. Certainly not by Harvey Weinstein.”

Winslet wants to talk about people who hurt children? Winslet says she “thought it all through” before deciding to work with Allen, but I doubt that (unless the extent to which she thought it through was deciding whether starring in an Allen film would be advantageous to her career or not). Allegations that Allen sexually assaulted his daughter, Dylan Farrow, were first reported in 1992 when she was 7 years old. Allen’s PR team has been able to distort the reality of the allegations against him for so long that Farrow has had to speak out repeatedly in an effort to make sure the facts are actually known. In 2014, when Allen was nominated for his 24th Academy Award, Farrow was still asking to be believed as she was again yesterday in an op-ed in the Los Angeles Times: “I have long maintained that when I was 7 years old, Woody Allen led me into an attic, away from the babysitters who had been instructed never to leave me alone with him. He then sexually assaulted me. I told the truth to the authorities then, and I have been telling it, unaltered, for more than 20 years.”

Allen had demonstrated a pattern of inappropriate behavior against his daughter and was in fact, in therapy to address that behavior when he assaulted her. This behavior was witnessed by others, “including a babysitter who saw Allen with his head buried in [Farrow’s] lap after he had taken off [Farrow’s] underwear.” Though Allen’s many defenders are quick to point out that Allen was never convicted of anything, the state’s attorney in Connecticut said he had “probable cause” to prosecute in 1993 but did not file charges to spare Farrow the difficulties of a trial.

As Farrow herself points out, this is not a “he said, child said” situation and that framing brings me to practically full-on rage. Winslet’s reframing of the allegations against Allen as “he said, she said, guess we’ll never really know ¯\_(ツ)_/¯” on top of her compliments about how deeply and fully he understands women help Allen. When Winslet says she doesn’t know what happened between Allen and his daughter, she is directly discounting Farrow’s accounts as lies, as well as those of Farrow’s mother, the actress Mia Farrow, and her brother, the journalist Ronan Farrow. That helps Allen, too. Winslet’s complicity is the worst kind: It’s the selfish and uncaring kind. In her choosing to do what’s right for her (work with an acclaimed film maker who is also a sexual predator), she is supporting Allen and his work. Winslet wants to be the self-protecting, ignorance-is-bliss star—the one who gets to separate the art from the artist, the work from the worker, the brilliance from the abuse. For survivors, no such separation is possible. We do know what happened: Dylan Farrow has been telling us for more than 20 years.

by Sarah Mirk
The United States imprisons more people than any other country in the world.