Douchebag Decree: Logan Paul Is Getting Rich by Being Terrible | Bitch Media

Douchebag DecreeLogan Paul Is Getting Rich by Being Terrible 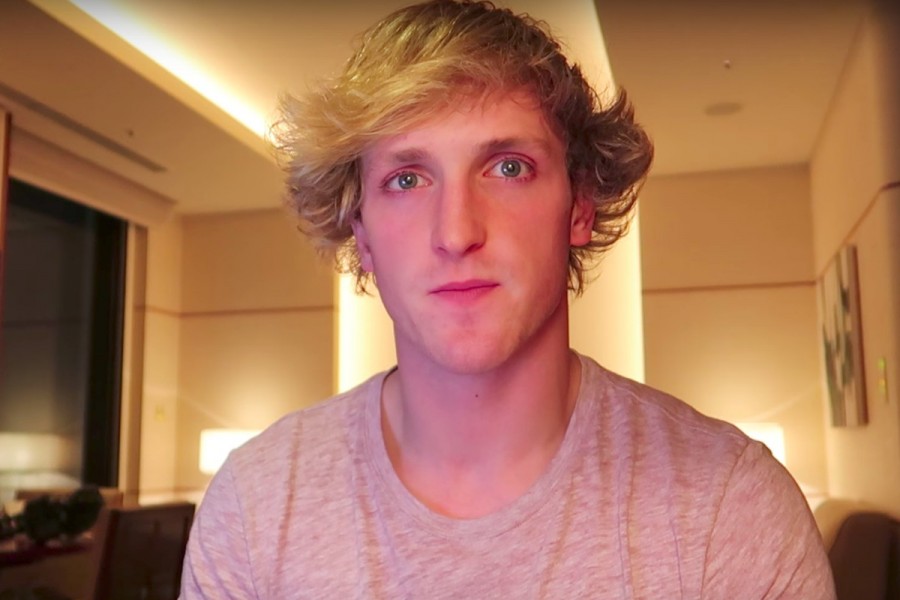 I went to high school with identical twins who I didn’t know were twins. My high school also had uniforms, which contributed to the problem. “I see that guy everywhere!” I finally told someone before it was kindly explained to me that there were actually two of them.

That’s how I feel about Logan Paul, the YouTube vlogger who was recently demolished by the internet for posting a video to his YouTube channel that showed a dead body. Paul is an immensely successful vlogger with a younger brother, Jake Paul, who is also an immensely successful vlogger. Paul the Elder makes $15 million annually. He is 22 years old. (I’ll just leave those numbers with you while I think about my student loan debt.)

A few months ago, I read about about how Paul the Younger got fired from a Disney show because he was pissing off his West Hollywood neighbors by acting like an asshole in front of his house all day long. When I saw that a blond white guy was getting yelled at on the internet for posting a video of a person who had committed suicide, I assumed it was the same dude. But no! There are two of these blond, mad lad millionaires who made their careers by being teenage assholes! 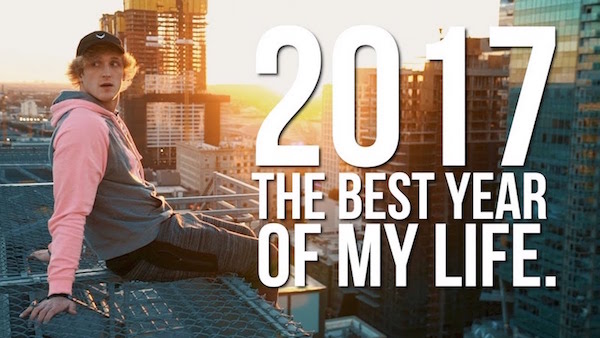 Logan Paul is almost too annoying to watch. If you’re not familiar with his videos, see how long you can watch this video of him bragging about how great 2017 has been for him before your eyes bleed and your eardrums burst (I could only make it one minute). His whole “mad lads” schtick would be an annoying flash in the pan if it didn’t have such large consequences. Paul has a huge audience that is mostly comprised of young people—with almost 4 million Twitter users, 16.1 million Instagram followers, and 15 million YouTube subscribers. He’s been making web videos since he was 10, and moved to Los Angeles at 19 to become a star. Although he made his career on personal videos, his sights are set on becoming “the biggest entertainer in the world,” which includes a mainstream filmography he’s already developing (including a part in a musical adaptation of Valley Girl?). So when he does fucked-up shit, the world’s teens are watching.

In late December, Paul and his friends traveled to Aokigahara, a forest at the base of Mount Fuji in Japan, to film a video. Aokigahara is known as the “suicide forest” because hundreds of people have committed suicide there. That’s a pretty well-known fact (there’s even a [bad] horror film set in the forest), and it’s certainly why Paul went there. The video was uploaded with the title “We found a dead body in the Japanese Suicide Forest…” and begins with Paul explaining, “This is the most real vlog I’ve ever posted on this channel.” He adds: “With that said, buckle the fuck up, because you’re never gonna see a video like this again.”

While filming, Paul’s “Logang” purportedly came across a dead body hanging in the forest. Instead of turning off the cameras, notifying park officials, or acting like a decent human being, he called to the body, “Yo, are you alive? Are you fucking with us?” They film the body up close, blurring his face but showing his hands, clothes, and abandoned belongings. At some point it must’ve crossed Paul’s gerbil brain that what he was doing was not a good look, so he pivoted to “Suicide is not a joke. Depression and mental illnesses are not a joke. We came here with an intent to focus on the haunted aspect of the forest. This just became very real.” 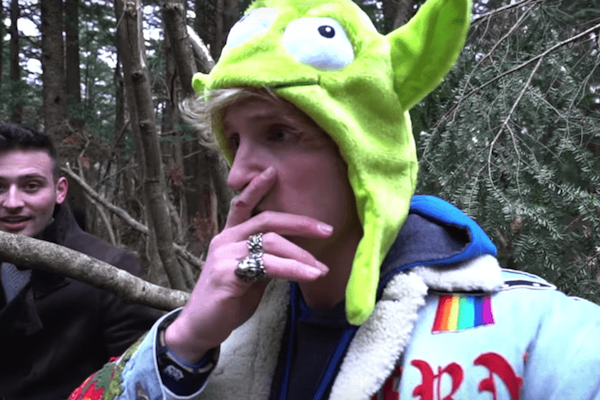 To end the video, Paul says, “That’s the life, this daily vlog life. Guys, I said this in one of my first vlogs, I have chosen to entertain you guys every single day.”

“Buckle the fuck up” really sounds like something that someone who cares about suicide would say, right? The idea that Paul wanted to raise awareness about suicide with his video is laughable—laughing at shit is literally his brand, and he even has a video titled “FAKING MY OWN DEATH PRANK! *crazy reaction!*” (with 23 million views).

Paul’s Aokigahara video got 6.3 million views in just 24 hours before he took it down because the internet told him he was being an asshole. Then he apologized in a video that is monetized, meaning every click puts cash in his wallet. Now he’s “taking time to reflect” to keep up appearances that he’s very sorry about what he’s done and is thinking very hard about how to be better.

taking time to reflect
no vlog for now
see you soon

While this stunt might keep brands from wanting to work with him, Paul is his own brand with his own audience. He doesn’t need a sponsorship deal from Pepsi (which he’s already had) to keep being a millionaire. He’s making money off apologizing. And so is YouTube. This decree also goes to them for caring so little about what kind of garbage is on their platform that they didn’t even remove the video and instead issued this weak-ass statement about the situation:

“Our hearts go out to the family of the person featured in the video. YouTube prohibits violent or gory content posted in a shocking, sensational or disrespectful manner. If a video is graphic, it can only remain on the site when supported by appropriate educational or documentary information and in some cases it will be age-gated. We partner with safety groups such as the National Suicide Prevention Lifeline to provide educational resources that are incorporated in our YouTube Safety Center.”

As expected, social media conglomerates continue to prove that they don’t care about the safety of their users so long as they’re getting clicks.

To bring this back to those twins I saw everywhere: Dudes like Logan Paul are a dime a dozen. There are tons of cis white dudes on YouTube, Vine, and Instagram with no capacity to really reckon with the moral implications of their content or fame. They live to brag about their sweet lifestyles and one-up each other with how extreme and edgy they can be. They are everywhere. They are the worst. And they’re making money off of it. 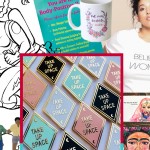 by Evette Dionne
There’s power in making statements through clothing and political commitments.