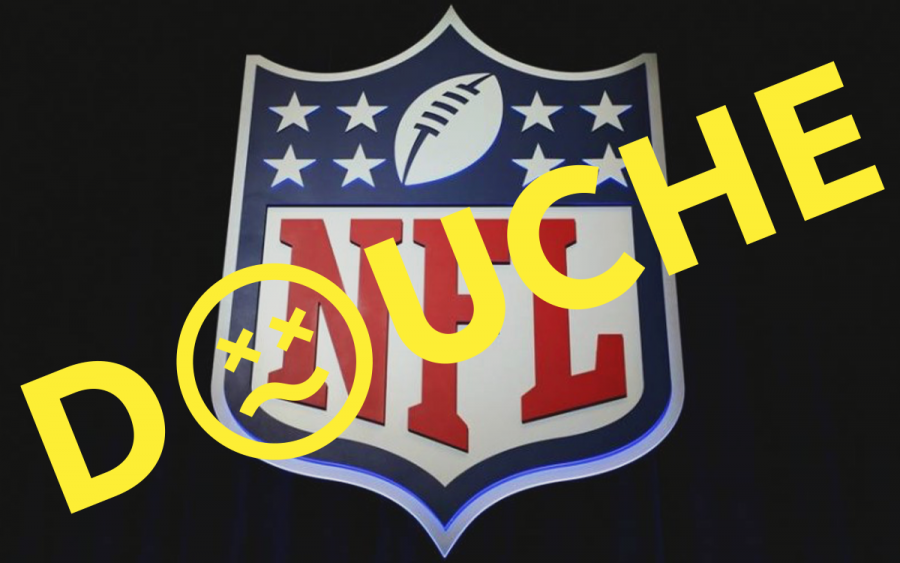 This week, the National Football League approved a national anthem policy that requires players to stand if they are on the field during the song, and fines the entire team if they don’t. The policy grants players the option to stay in the locker room, but they’re no longer able to protest on the field. “We want people to be respectful of the national anthem,” NFL commissioner Roger Goodell said when he announced the policy. “We want people to stand—that’s all personnel—and make sure they treat this moment in a respectful fashion. That’s something we think we owe.”

Though it was initially reported as a unanimous decision, San Francisco 49ers owner Jed York said he abstained from the vote while other sources have reported that Oakland Raiders owner Mark Davis also abstained from voting. The NFL Players Association, the labor organization that represents NFL players, said they were not consulted about the new policy.

Trump, of course, likes the policy but thinks it doesn’t go far enough (he thinks players shouldn’t have the option of staying in the locker room). As soon as the decision was announced, Trump told Fox & Friends host Brian Kilmeade, “You have to stand proudly for the national anthem or you shouldn’t be playing, you shouldn’t be there. Maybe you shouldn’t be in the country.”

That’s pretty funny, since Trump definitely doesn’t know a single thing about the national anthem, including the words.

Trump Doesn't Know the Words to the National Anthem

Colin Kaepernick started his protest against protest racial inequality and police brutality in 2016 by remaining seated during the national anthem. It was actually a white Green Beret and former NFL player, Nate Boyer, who suggested to Kaepernick that he should kneel instead. Kaepernick’s teammate Eric Reid poetically noted that the kneeling posture “was like a flag flown at half-mast to mark a tragedy.”

Obviously, no one in the White House or the NFL actually understands the First Amendment. The Constitution protects the right not only to free speech, but also the right to refrain from speaking or standing, which has already been recognized as a form of speech in the context of the Pledge of Allegiance. You don’t have to stand for the National Anthem, let alone “stand proudly.” The Constitutional right to free speech means that it’s legal to burn the American flag if you want to. You don’t have to like a single thing about America to have the rights granted to all American citizens.

Why is the Star-Spangled Banner, a 200-year-old poem about the British attack on Fort McHenry during the War of 1812 (bet Trump doesn’t know a single one of those facts), even sung before sports games? Because it’s an American tradition? Civil disobedience, like that practiced by Martin Luther King Jr. and the players who take a knee, is an American tradition, too.

The real reason for these displays of patriotism? Money.

Between 2011 and 2014, the Department of Defense paid the National Football League more than $5 million in taxpayer money for events “to honor U.S. soldiers and veterans at games.” These events took the form of military flyovers, flag unfurlings, color guard ceremonies, enlistment campaigns, and—the national anthem performance. It wasn’t even typical for NFL players to be on the field during the national anthem performance until 2009, when the NFL’s policy changed. At that time, NFL spokesman Brian McCarthy said, “As you know, the NFL has a long tradition of patriotism. Players are encouraged but not required to stand for the anthem.”

“Our league is fucking terrified of Trump,” an NFL official told the Bleacher Report. “We’re scared of him.”

The horror that has the NFL shaking is the prospect of losing money. Trump and his cronies could lead an effective boycott of the NFL and its products, leading to huge losses for the league. Instead of protecting the Constitutional rights of their own players, the league has decided to kowtow to our child emperor in the hopes that he’ll keep their wallets happy.

NFL players like Jacksonville Jaguars defensive end Dawuane Smoot are already expressing their anger at this obvious infringement on their rights, and other players are brainstorming ways to creatively protest this new policy “just to spite the NFL.” New York Jets acting owner Christopher Johnson said he’d pay the fines if any are incurred by Jets players.

Freedom of speech does not exist for NFL players now, we get fined for protesting for something we believe in, FINE ME!!!! You can’t change my opinion, and can’t stop my protest I have a right as an American to protest when I feel there is injustice in this country.

Demanding a prescribed response to displays of nationalism is fascism. As the NFL continues to kowtow to an agenda to define Americans as those who unconditionally support the American government, remember who’s been paying them to do so all along.

Which Millennials Get to Be Burned Out?

There’s No Such Thing as Objective Science