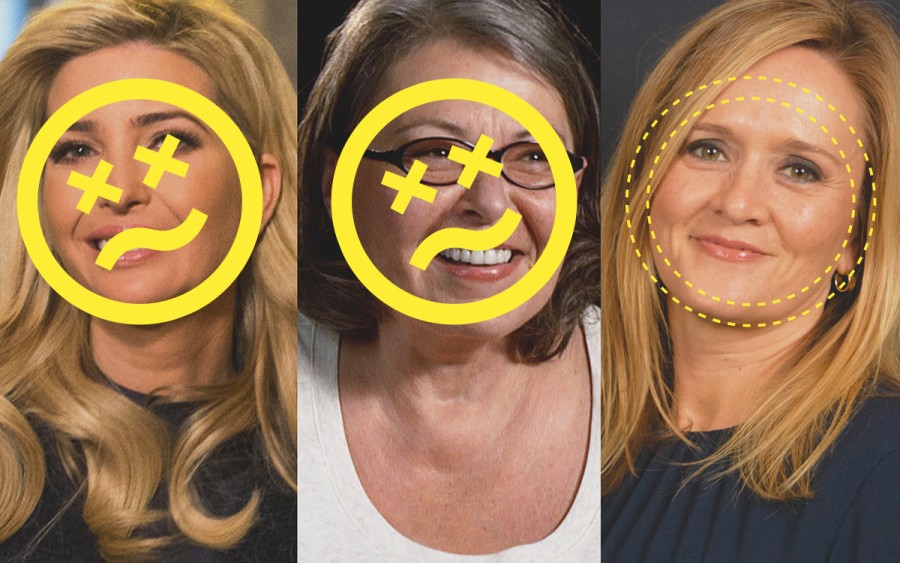 Stop the presses: Samantha Bee said something mean about Ivanka Trump and conservatives are mad!

Wednesday’s episode of Full Frontal included a segment about undocumented families being forcibly separated at the border. “Tearing children away from their parents is so evil, it’s the inciting incident in almost every movie we’ve ever cared about,” Bee said. In the midst of this and other heartbreaking and infuriating reports of abuse of minors at the border, Trump tweeted a photo of herself and her child enjoying a precious moment.

So sweet of Ivanka to tweet this while undocumented families are being ripped apart like scenes from Schindler’s List! Bee thought the same thing because she brought up Barr’s racist tweet to compare its ill-advisedness with the first daughter’s. “Ivanka Trump, who works at the White House, chose to post the second most oblivious tweet we’ve seen this week,” Bee said. She added: “You know, Ivanka, that’s a beautiful photo of you and your child, but let me just say, one mother to another, do something about your dad’s immigration practices, you feckless cunt!”

That “second most oblivious tweet” was referencing Roseanne Barr, whose top-rated sitcom was canceled earlier this week. Though ABC ostensibly fired Barr after she sent a very racist tweet about former senior White House advisor Valerie Jarrett, it’s more likely that they fired her because they couldn’t control her public antics—and corporate sponsors do not like that. In a statement, Channing Dungey, the president of ABC Entertainment (and the first Black executive to run a major network) said “Roseanne’s Twitter statement is abhorrent, repugnant and inconsistent with our values, and we have decided to cancel her show.”

Conservatives, famous for their “whataboutism,” were quick to complain about Bee.

This is disgusting. How is this acceptable? And how are we expected to take any of these publications seriously if they gleefully repost something like this at the same time they (rightfully) condemn @therealroseanne? You know the saying Love is Love? Well Hate is Hate. https://t.co/YTjmZQ4zMV

Sarah Huckabee Sanders weighed in on Bee from the White House press office pulpit, calling for TBS to reprimand her. “The language used by Samantha Bee last night is vile and vicious. The collective silence by the left and its media allies is appalling,” Sanders said. “Her disgusting comments and show are not fit for broadcast, and executives at Time Warner and TBS must demonstrate that such explicit profanity about female members of this administration will not be condoned on its network.” Of course Sanders had nothing to say about Barr’s tweet.

When ABC, a corporation, fired Barr, it was a business decision. When Sanders, a White House official, says that Samantha Bee (or Jemele Hill) should be disciplined by their employers because of the words they say, that’s actually an infringement of their First Amendment rights.

Since Wednesday, Bee has apologized and during a speech accepting an award at the Television Academy Honors this week, she said, “We spent the day wrestling with the repercussions of one bad word, when we all should have spent the day incensed that as a nation we are wrenching children from their parents and treating people legally seeking asylum as criminals. If we are okay with that then really, who are we?”

We all know that Trump has bragged about grabbing women by the pussy. But when the president says it, he’s just keeping it real, right?

Comparing Bee’s monologue to Barr’s tweet (more like tweets, because Barr tweets bigoted conspiracy theories and racist content all the time) is a false equivalence. A white woman calling another white woman a cunt is mean. A white woman calling a Black woman an ape, as Barr did, deals in centuries-old racist rhetoric and imagery that has been and is still used to dehumanize Black people. Bee’s insult denigrates a person that she has contempt for; Barr’s insult denigrates a people.

And why shouldn’t Bee dislike a woman who serves in an administration that routinely dehumanizes people of color? Ms. Trump is complicit in actual, real harm to the bodies and lives of marginalized people.

Barr used racist rhetoric in support of Trump and his administration; Bee used a swear word to attack a racist and misogynist administration.

We saw the same kind of foolish uproar after Michelle Wolf’s biting White House Correspondents’ Dinner monologue when (mostly) conservative commentators said that her joke about Sanders using lies as makeup “went too far.” This is a conservative strategy to keep the public focused on the tone of a comment instead of its substance—while covering their ears whenever Trump’s hateful vitriol is brought up.

The president has called women pigs, dogs, and slobs. He called a woman who was breastfeeding “disgusting.” He called NFL players who take a knee “sons of bitches.” He’s described women as too ugly to sexually assault and he’s implied that a sitting senator would perform sexual favors for campaign contributions. We all know that Trump has bragged about grabbing women by the pussy. But when the president says it, he’s just keeping it real, right?

Tearing children away from their parents is evil. Ignoring the abuse and marginalization of thousands while putting on a pretty dress and smiling for the cameras is evil. Swearing is not the same as racism. Arguing about whether the truth is too ugly is a distraction.

What Is the True-Crime Takeover Doing to Us?