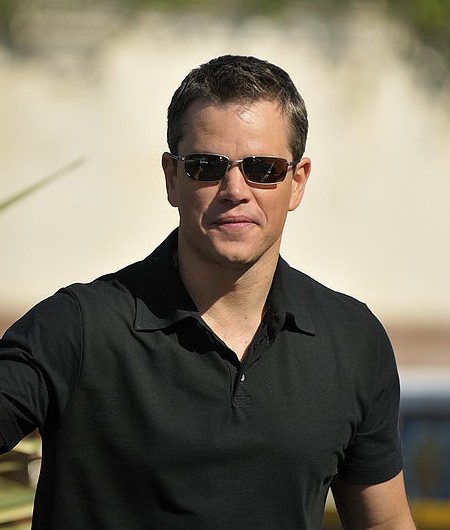 Matt Damon first crossed my douchebag radar during the 2015 season of HBO’s Project Greenlight, when he whitemansplained diversity in filmmaking to a Black producer and let a white man make a very bad, very white movie with literally no people of color in the cast. (If you like to hate-watch as much as I do, I highly recommend season four of Project Greenlight. It’s A+ hate-watch material.)

Damon caught a lot of heat when the clip of him being completely obtuse went viral, and you would think that would teach him to keep his mouth closed. Nope! Instead, he issued a statement patting himself on the back for “starting a conversation about diversity” and went on his way. (You didn’t start it, Matt. You put your shit-covered foot in it.)

Then that terrible movie where he plays a white guy who saves ancient China came out. After he was called out again, Damon tripled down on his irrelevance by arguing that he wasn’t participating in a whitewashed narrative because he didn’t “take a role away” from a Chinese actor.

After Matt Saves China (or whatever that movie was called) flopped, Damon (correctly) retreated from the public eye for a while. Until his friend Harvey Weinstein was accused (and accused and accused) of sexual predation. Weinstein’s production company Miramax produced Damon’s film Good Will Hunting (1997), as well as The Talented Mr. Ripley (1999), so they go way back. In the months since #MeToo swept Hollywood, Damon hasn’t been able to stop himself from giving one misbegotten quote after another. He also hasn’t been able to keep his story straight or his mouth shut.

Here are the (nonexhaustive) garbage hot takes Damon has been spewing:

MATTHEW! Why does this concern you? Stop weighing in! Your opinions are irrelevant, illogical, and full of apologist excuses.

Damon is currently on a press tour for his terrible-looking film Honey, I Shrunk Matt Damon, so some of this public embarrassment is to be expected and the rest of it comes with the realization that Damon is a relic of the ’90s who is poorly media trained and thinks that his boyish Boston charm will carry him through.

We know that Weinstein employed a devastatingly skilled team of assistants, lawyers, PR people, and spies to silence his victims, hush any whisper of his activities, and provide him with more opportunities to prey on women. Whether or not Damon sees himself as complicit in that campaign of silence, he is. Every time Damon opens his mouth to excuse or cast doubt on “the story” of a sexual predator, he is complicit. When Damon picked up the phone in 2004 as a favor to Weinstein to convince a reporter to kill a story that would have exposed Weinstein, he was definitely complicit.

White men like Damon and Weinstein have been shaping our cultural understanding of what excellent filmmaking looks like for decades. They’ve been shutting out people of color, laughing off diversity, and helping each other up the boys’ club ladder. Please go away forever, Matt, and take your bad opinions with you. 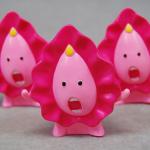 by Rachel Davies
Even being fined thousands of dollars for "obscenity" doesn't stop her from making her colorful replicas of her vulva.