Douchebag DecreeTime’s Up For James Franco 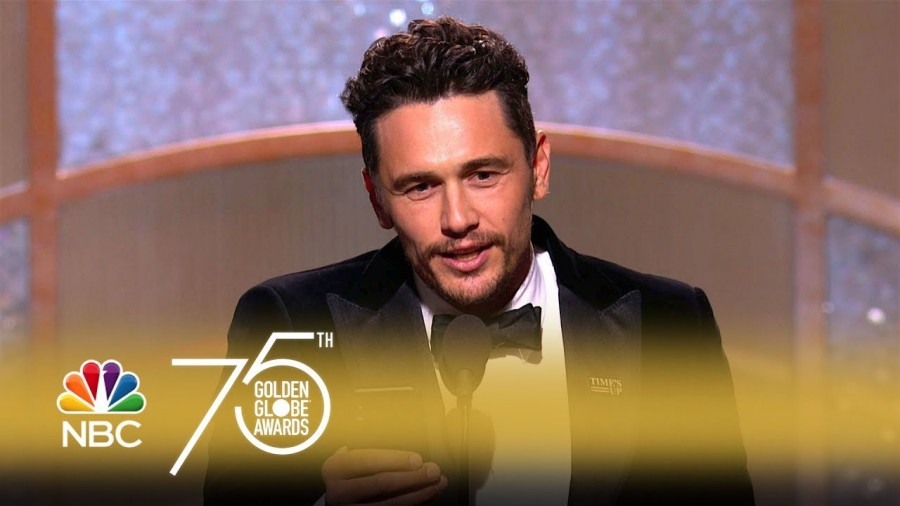 On Sunday night, James Franco won a Golden Globe for doing an impression of Tommy Wiseau, the star of the cult film The Room. He won over Daniel Kaluuya’s life-changing performance in Get Out, which is a travesty in itself, and when Franco took to the stage wearing a Time’s Up pin, he invited Wiseau up with him, only to clothesline him when he tried to speak.

That night, in a now-deleted tweet, the actress Ally Sheedy implied that her interactions with Franco were part of the reason she left show business. An aspiring filmmaker tweeted that Franco had pressured her into performing oral sex on him in a car. Another actress wrote that she felt her nude scenes in two of his films had been exploitative. Since then, five women have come forward in the Los Angeles Times to accuse Franco of inappropriate or sexually exploitative behavior. Four were his students and another said he was mentoring her.

In 2014, Franco launched Studio 4, an acting school in California with another branch in New York City. Franco promised that Studio 4 would give actors a unique opportunity for exposure because his production company, Rabbit Bandini Productions, would “cast roles directly from his classes, and will involve his students in a variety of his film and art projects.”

It’s a success of rape culture that sexual harassment and assault are so often framed as “misunderstandings.” That serial predation is brushed aside as one-off behavior or not that serious or just kidding around. I think often of the 2015 film The Hunting Ground, a documentary about sexual assault on college campuses. The title comes from the premise that college campuses are a hunting ground for sexual predators with an unending supply of victims.

Hunting is based on the power dynamic between predator and the prey in which the predator has the higher advantage. In human talk that could be clout, physical strength, experience, age, tenure, or reputation. The offer of a part in a movie. These things are weighed in a currency that predators use to their advantage.

Franco taught a sex scenes master class at Studio 4 in which students were filmed in sexual situations. Franco suggested that his best students, his most compliant students, would be able to make an acting career through him if they impressed him enough. If not, they were replaceable, fired and the part filled with another student who might be more agreeable to his demands. Both Studio 4 locations were “abruptly closed” in 2016, which suggests that there’s a lot more dirt on Franco that we don’t know about yet.

It’s a success of Franco’s PR team that any of this behavior might be a surprise. In 2014, he tried to arrange a rendezvous with a 17-year-old over Instagram. Even knowing her age, he pressured her into coming to a hotel room to be with him. Franco faux-pologized on ABC’s Live! With Kelly and Michael when his messages to the teenager got out, saying “I’m embarrassed, and I guess I’m just a model of how social media is tricky. I used bad judgment and I learned my lesson.”

Franco has appeared on two late-night shows since his Golden Globe win and both Stephen Colbert and Seth Meyers asked him about the allegations against him. In both awkward interviews, Franco said the allegations were “not accurate.” But he also said:

Franco is hoping he can clean up the allegations against him (just like he’s done before) by dismissing them as “stories.” He wants to frame his inability to defend himself against the claims as a noble move on his part, “taking a knock” because of how much he believes in Time’s Up. In the guise of being a teacher and a mentor, Franco created and orchestrated situations in which he could prey on women and when they refused to do what he wanted, he replaced them. Sounds a lot like its own hunting ground.

by Bitch HQ
Today we're reading about #NoDAPL, the Bachelorette, and feuds.