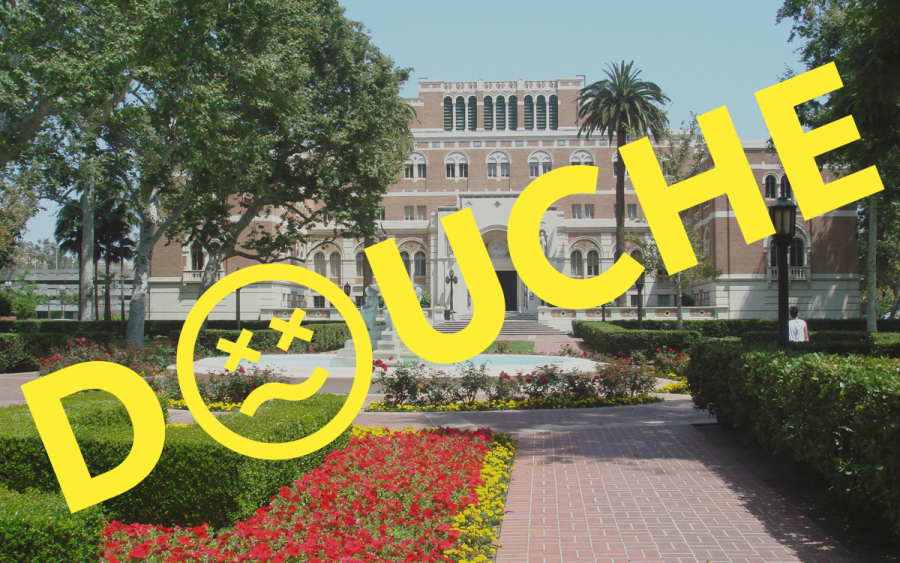 The University of Southern California received its first complaint about Dr. George Tyndall improperly photographing students’ genitals in the 1990s, and though complaints against him never stopped during his tenure, Tyndall worked at the university where he assaulted students for nearly three decades before he was forced to resign last summer—taking a severance package of an undisclosed amount with him.

Tyndall was the student health clinic’s only full-time gynecologist, treating “tens of thousands of female students, many of them teenagers seeing a gynecologist for the first time.” Despite numerous complaints against him, Tyndall kept seeing patients, sometimes even 16 in a day. Patients and nursing staff reported that he was touching women inappropriately during their pelvic exams and making sexual comments about their bodies. Tyndall frequently performed body scans in which he inspected naked students for unusual moles, including in the area between their buttocks. Tyndall remarked aloud about his patients’ “creamy” skin and “perky breasts.” “They stand right up there, don’t they?” he reportedly said to one patient.

Tyndall preyed on international students, especially ones from China, whose English skills and experience with American doctors were likely to be more limited than those of other students—giving Tyndall more opportunity to behave inappropriately without being reported.

Tyndall also assaulted students as part of his “exam,” inserting his fingers into their vaginas and moving them in and out as he made comments about sexual intercourse, telling many of them: “My, what a tight muscle you have. You must be a runner.”

USC knew Tyndall was behaving inappropriately with students for decades—clinic staff reported concerns about Tyndall’s behavior to their supervisors and students themselves wrote letters of complaint against him, but it wasn’t until another employee of the student health clinic reported him to the school’s rape crisis center in June 2016 that the school took the complaints seriously. A few days later, clinic staff found a box of photographs of patients’ genitals in Tyndall’s office. Tyndall was swiftly banned from campus—suspended with pay—and was later offered a payout if he would resign by June 30, 2017. Though Tyndall initially wanted to fight USC, in the end, he took the money and walked.

USC didn’t inform Tyndall’s patients about the disciplinary action against him or the internal investigation’s findings that he was guilty of sexual harassing students. They didn’t tell clinic staff, either, and they didn’t report him to the Medical Board of California. They just paid him to go away. USC did finally file a complaint with the Board nine months after Tyndall resigned—and a month after the Los Angeles Times began asking questions about Tyndall.

Though a financial award does not erase the pain and trauma of abuse, the Michigan State settlement is both a victory and a loud warning to college administrators everywhere: Protect your students, or you’ll pay.

When Tyndall spoke with the Los Angeles Times he said that he was considering suing USC to “force administrators to reinstate him.” His California medical license was renewed in January and he plans to keep practicing medicine. Brace yourself for a truly disgusting detail: When asked why clinic staff reported his behavior, he speculated that because they had trouble reaching orgasm that these women were jealous of young patients with tighter pelvic muscles. He really told the Los Angeles Times that the nurses were so old and saggy that they were jealous of the students they cared for—so jealous that they fabricated these claims against him.

Lingering in the background of this case is the disturbing spectre of Larry Nassar, the Michigan State University physician and USA Gymnastics national team doctor who assaulted hundreds of patients under the guise of giving them exams. Nassar was first charged with sexual assault of a child in November 2016—just months after Tyndall was suspended. Nassar worked at Michigan State University for nearly 20 years and like Tyndall, students had been making complaints about his behavior since the ’90s. This week, Michigan State reached a $500 million settlement with students who were assaulted by Nassar, the largest ever award in a sexual abuse case involving an American university, according to the New York Times.

Nassar and Tyndall both used their professional license as a cover to prey on hundreds of young women and Michigan State and USC gave them the access to an unending supply of victims. That so many paid employees of universities entrusted with protecting students looked the other way when students were being abused shouldn’t surprise me, but it does horrify and disgust me. In the wake of #MeToo, it’s never been clearer that institutions will go to incredible lengths to take care of their own. Instead of listening to the women he assaulted and working to protect hundreds of students and minors, Michigan State officials covered their ears and kept giving Nassar a paycheck. USC officials did the same for Tyndall.

Time’s up on covering for abusive and predatory men and time’s up on those in power who let it happen year after year. Though a financial award does not erase the pain and trauma of abuse, the Michigan State settlement is both a victory and a loud warning to college administrators everywhere: Protect your students, or you’ll pay.

The Los Angeles Times report that exposed Tyndall was published on Wednesday morning. By the afternoon, USC had received more than 80 complaints about Tyndall. I bet USC officials are finally listening—because they’re about to deal with the kind of consequences that cost millions. They’re about to pay for what they’ve done wrong.

“Moxie” Isn’t Perfect, but Neither Are New Feminists

At Southern Colleges, Students Challenge History and Tradition as They Demand Change