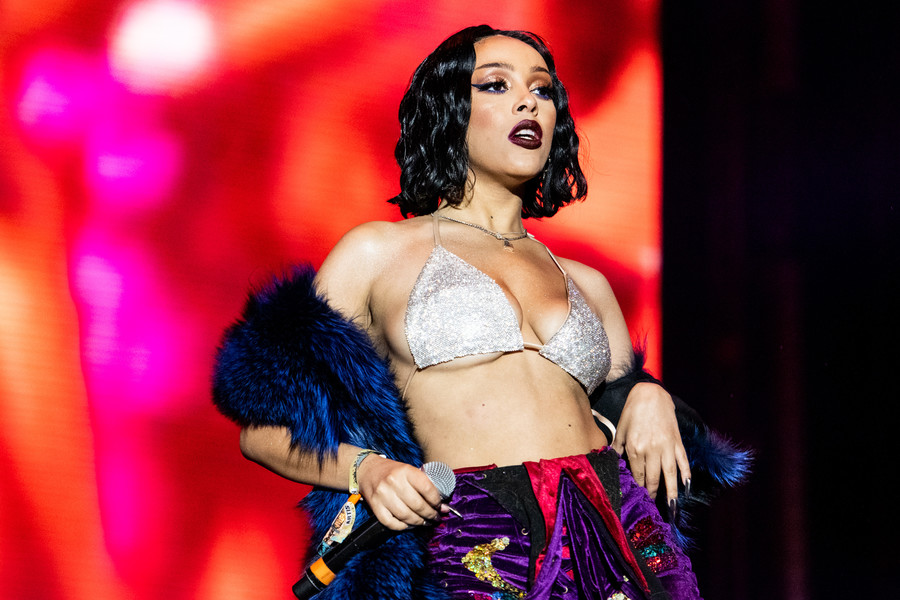 A lot of people were anticipating this week’s Billboard Hot 100 given that both Doja Cat and Megan Thee Stallion released remixes (or, basically, entirely new versions of their hit records) with Nicki Minaj and Beyoncé, respectively, two of the most powerful and forward-thinking artists in the music business. Doja Cat and Nicki Minaj’s “Say So (Remix)” beat out Megan Thee Stallion and Beyoncé’s “Savage (Remix)” for the top spot on the chart, though it was surely a heated battle between multiple stan factions—the Barbs, the Beyhive, and the Hotties. There’s a lot to rejoice over in this friendly competition between music royalty: We were treated to Beyoncé rapping about TikTok (“Hips tick-tock when I dance (Dance)/ On that Demon Time, she might start an OnlyFans”) and Nicki Minaj publicly admitting, with confidence, that she’s cosmetically altered her body (“Word to my ass-shots/ I’m so cheeky”). And, as icing on the cake, the spot on the Billboard Hot 100 is held by two women rappers for the first time.

It’s also the first time a woman of South African descent is at the top of the Billboard Hot 100 and only the second time a Jewish woman has topped the charts in the 21st century. And, of course, this is the first time there are four women at the top of the charts, three of whom are billed as rappers (and one who can rap her ass off when she wants to. We see you, Beyoncé!). When we consider the history of women in hip hop, this feat becomes even more worthy of celebration: Since Lauryn Hill became the first woman rapper to top the charts in 1998 with “Doo Wop (That Thing),” only four other women MCs—Lil’ Kim for “Lady Marmalade,” Shawnna as a featured artist on Ludacris’s “Stand Up,” Iggy Azalea for “Fancy,” and Cardi B for “Bodak Yellow”—have accomplished this. And only Cardi B has topped the charts twice.

Though women rappers have always been an integral part of the culture’s fabric, they’ve often been shifted to the background as decoration for male rappers, pitted against one another, or maligned by critics and fans alike. We should be popping champagne and saluting Doja Cat, Nicki Minaj, Megan Thee Stallion, and Beyoncé for achieving the near impossible, but there’s someone lurking in the background, just waiting to sour this moment: Dr. Luke. Though he should be a pariah in the music industry, he’s instead credited as one of the producers on “Say So.” It’s his first number one single since 2014, when Kesha first began suing him for allegedly sexually, physically, verbally, and emotionally abusing her for more than a decade. Once again, Dr. Luke is enmeshed in the career of an up-and-coming female artist.

After signing with Dr. Luke in 2005, Kesha claimed in a 2014 lawsuit that he began abusing her, raping her, and fat-shaming her, which led to severe depression and post-traumatic stress disorder. Kesha was suing to be released from Dr. Luke’s Kemosabe Records imprint with Sony, but his lawyer called Kesha’s lawsuit “outrageous fiction.” For five years, Dr. Luke and Kesha battled in court—with him suing her for defamation—and she was prevented from releasing music. New York State Supreme Court Justice Shirley Werner Kornreich denied Kesha’s claim in 2016, writing in her decision that “every rape is not a gender-motivated hate crime.” The ruling forced her to stay on the label and work closely with Dr. Luke, who included a provision in her contract that he produce at least six records on each of the albums she released during the duration of the contract.

Though Dr. Luke eventually stepped down as the head of Kemosabe Records and Kesha was able to release Rainbow without his creative input in 2017, the trauma has cast a shadow over Kesha’s life and career. Dr. Luke can still profit from her albums and his lawyer said that he might sue her for royalties. And after Kesha released her most recent album, High Road, in February, a judge ruled in Dr. Luke’s favor in his defamation suit, which may mean she has to pay his legal fees as well as additional damages. (Kesha’s currently appealing the ruling.) Despite this saga, which has surely taken a mental and emotional toll on Kesha, Dr. Luke has remained in-demand, producing songs for Jennifer Lopez, Kim Petras, Tyga, Azealia Banks, and of course, Doja Cat.

Doja Cat signed with Kemosabe Records in 2014, when she was just 17, and since then they’ve been frequent collaborators, with Dr. Luke producing five songs on her 2019 Hot Pink album. There’s a clear tradeoff for artists who work with Dr. Luke and other hit-making producers: They’re able to hone their sound, increase their reach, and in the case of Doja Cat and Kesha, become polished artists with the backing of a well-connected person. None of that, however, excuses the abuse that breaks artists down over time and disintegrates their vision for their lives. Once again, we find ourselves broaching the idea that men can heinously violate women and then hide behind their “genius.” “Genius is power. It is unquantifiable, uncontainable, and like beauty, exists in the eyes of the beholder,” Aditi Natasha Kini wrote in a 2018 article for this site. “Genius enhances access—sexual, social, economic, political. It is a collective agreement—or, in many cases, a collective lie—that grants boundless latitude to those we anoint with the title. But genius is also an indelibly gendered currency used by men—almost always men—of means and success to purchase license.”

You can’t be complicit in systems of harm and say you’re innocent.

When we allow men to hide their abuse behind their “genius,” women become casualties in their ongoing quest to conquer whomever and whatever they’ve set their sights on. Think about the number of women who’ve been irreversibly harmed by Harvey Weinstein, R. Kelly—another monster who operated in the music industry for decades—and Russell Simmons, who finally gets his comeuppance in On the Record, a HBO Max documentary being released on May 27. Think about how many women’s careers have been stunted because these predatory people have been able to operate with impunity. Think about how much music we’ll never hear, that will never be released, because a woman’s passion was squelched by a man’s insistence on using abuse to accrue power. Externally, it appears as if Doja Cat has been able to break through though, Dr. Luke’s alleged behavior be damned.

So what do we do now? It’s easy to feel torn between celebrating Doja Cat’s historical accomplishment and condemning one of the primary people responsible for it. We don’t want to detract from a woman’s gain by spotlighting a man’s flaws, but this is still an easy conundrum to solve. Women shouldn’t be held to account for a man’s misdeeds, and we should also remind people who choose to overlook, ignore, or otherwise deny a man’s abuse that complicity allows it to continue. Dr. Luke has undoubtedly played a crucial role in Doja Cat’s success, and allowing him to produce “Say So” only helps him accrue more power and more cache that then can be used to lure in another victim, who might be persuaded by the new number one record on his resume. You can’t be complicit in systems of harm and say you’re innocent. It’s impossible to know about the ins and outs of Doja Cat’s working relationship with Dr. Luke or how much she believes about what he has been accused of, but one thing’s clear: Her name and her record-breaking song will always be inextricably linked to his. And that hardly seems like it’s worth celebrating.

Read this Next: Taking the High Road 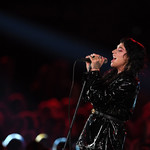 by Olivia Zayas Ryan
You do not have to be defined by something that was done to you.

Begone with the Wind