We All Need a Squeeze“Dr. Pimple Popper” Shows the True Meaning of Body Positivity

In 2014, Dr. Sandra Lee, a dermatologist based in Southern California, decided to create an Instagram account. She wasn’t particularly interested in extracting pimples, as she told The Cut in a 2016 interview. Removing blackheads, whiteheads, and (my personal favorites) dilated pore of winers is grunt work for many dermatologists because it isn’t often covered by insurance and is quite tedious. Yet, Lee noticed that these extractions were drawing thousands of viewers. Two years later, Lee has become better known as Dr. Pimple Popper, and millions—2.6 million, to be exact—flock to her Instagram account to watch one-minute videos of skin being squeezed until whiteheads, blackheads, or (those oh so gross) cysts gush like fountains.

Those who frequent her page, myself included, are dubbed “pop-a-holics” and we tune into her Instagram and YouTube videos (where she boasts over 3 million subscribers) to see our favorite patients ( “The Masked Man,” “Mama Squishy,” “Pops,” and “Mr. Wilson” to name a few) have their faces transformed. So much of watching their journeys to clear skin is about personal satisfaction. True popaholics know that when the camera zooms in, we’re about to get a special treat. The pimple or cyst is coming out, and if we’re lucky, there will be a pop and a splash of fluid—the hard pops particularly appeal to me.

Yet, it’s rare for Dr. Pimple Popper to offer insight into the patient themselves. Yes, we learned about “Pops’s” wife death, and then his death a few short years later, and we get to see their faces transform before our very eyes, but we don’t know about their journeys. We aren’t privy to how a simple extraction procedure changes their lives. Body positivity is often reduced to a capitalistic investment in self-love. Wear a shirt that says “beauty has no size,” and the work of shifting paradigms to be more accepting of marginalized bodies is suddenly done.

This simplistic view of body positive journeys denies access to the ongoing journey to merge the personal and political, so that our self-love influences institutions, including the medical-industrial complex, to become more focused on providing adequate healthcare and less fatphobic. When Lee brought her pimple-popping empire to TLC as a limited series, she inadvertently offered a glimpse into these ongoing journeys, and showed how discrimination operates against those who are perceived as unworthy, simply because of the marks on their bodies, and how that influences their perception of themselves in their intimate relationships and work environments.

“Your skin is your largest organ,” Lee declares at the beginning of the first 40-minute special, and through the procedures she offers in her office, she’s helping patients to “take back their lives.” Take Angelina, a young woman living in Sacramento, for instance. Underneath her right breast, she has a giant lipoma—or fat cells that have divided—that’s as large as a breast itself. Initially, Angelina’s lipoma was the size of a pea, then grew to the size of a golf ball, and eventually became the size of a softball. Its mere presence has made Angelina self-conscious. She wears baggy shirts in public, covers the lipoma with her purse so people can’t see it, and even hides it from her boyfriend, Tony.

“I feel ugly sometimes,” she says with tears in her eyes. “I used to be adventurous, but now I’m depressed.” Vanity is considered one of the seven deadly sins, a vice that many people avoid at all costs. However, vanity is often an external projection that doesn’t mirror how people view themselves. In her relationship with Tony, Angelina is far from vain; in fact, her embarrassment about her lipoma has kept her from taking her shirt off around her partner after eight months of being together. When he wants to put his arm around her waist, she pushes down the lump first, conceals the lump with her hand, and then allows Tony to embrace her. 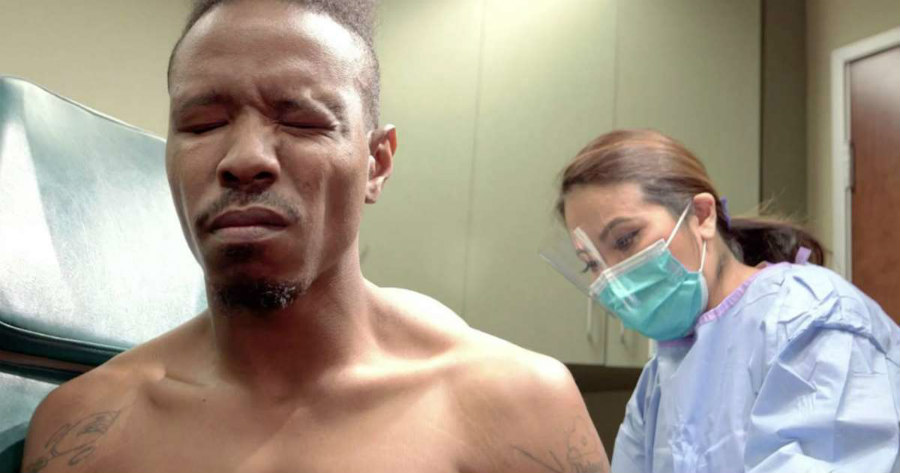 So much of how we see ourselves is rooted in the value that society bestows to us based on our perceived worth. It is more than just removing pimples. In fact, the actual pimple removal process is more for us as an audience than the person who’s having them removed. The life they’re able to reclaim after is what really matters. Delano, a 30-year-old Black man from Houston, has a giant lipoma that protrudes between his shoulder blades. It’s been growing since he was 19. “As it was getting bigger, I noticed my self-esteem was diminishing,” Delano explains. He wears a shirt over the lipoma so it isn’t as noticeable; its become his security blanket, but it doesn’t protect him from the discrimination attached to abnormality. Delano’s perceived lipoma has greatly affected his job prospects. During the interview process, employers are receptive, but since he can’t work with a shirt hanging over his shoulder, employers notice the abnormal hump and never call him back.

He was sleeping outside and on bus stops and park benches because he was unable to find a job because of the lipoma. “I was hopeless. There was no one to give a lending hand.” His friend, Arianna, invited Delano to live with her and her mother Mrs. Armstrong, who says that she hopes a removal surgery will help him “hold his head up high.” Dr. Lee filled up 33 syringes, equating to one liter, of fluid from Delano’s back, and learned that his malfunctioning lymphatic system was causing the liquid to pool. What matters most is that learning what caused the bump helped Delano regain his confidence and re-enter the job market with renewed vigor. “The fire that used to burn will spark again,” he says confidently. “I feel limitless.”

For Brenda, a 25-year-old mother of one with a large lipoma on her forehead, self-imposed limits protect her from cruelty. She wears bangs to hide the bump; doesn’t socialize in public venues, including restaurants and movie theaters; works from home to avoid coworkers; and avoids getting into new relationships and friendships because she doesn’t want to field questions about the lipoma. “It affects my self-esteem a lot,” she says. “I want to go out with my friends and meet new people.” Her fear of judgment even causes her to have anxiety attacks, and keeps her isolated from connecting with new people. Dr. Lee simply removing the lipoma completely changed Brenda’s life. “I haven’t seen this face in years,” she tells Lee, before embarking on a new life with her child.

Dr. Pimple Popper is a pop-culture phenomenon. Pop-a-holics are invested in the adrenaline we feel when the pimple rises to the surface, and pushes through the skin. It’s much the way that people come into themselves. We push through the adversity of being unable to find jobs or build intimate relationships because of the size of our bodies, or our transness, or our disabilities, or a large lump on our backs caused by a malfunctioning body system. We then transform into the people we are meant to be, and in the process, learn to push back against systems that mean to permanently damage us. I don’t think Lee thought her Instagram account, YouTube videos, or TLC special would send that message, but by showing the stories behind the bumps, she’s achieved exactly that—and hopefully gained new body-positive fans in the process.

Relevant: The Fragility of Body Positivity 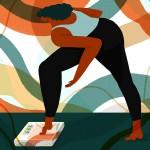