The Impermissible Arrogance of Nicki Minaj 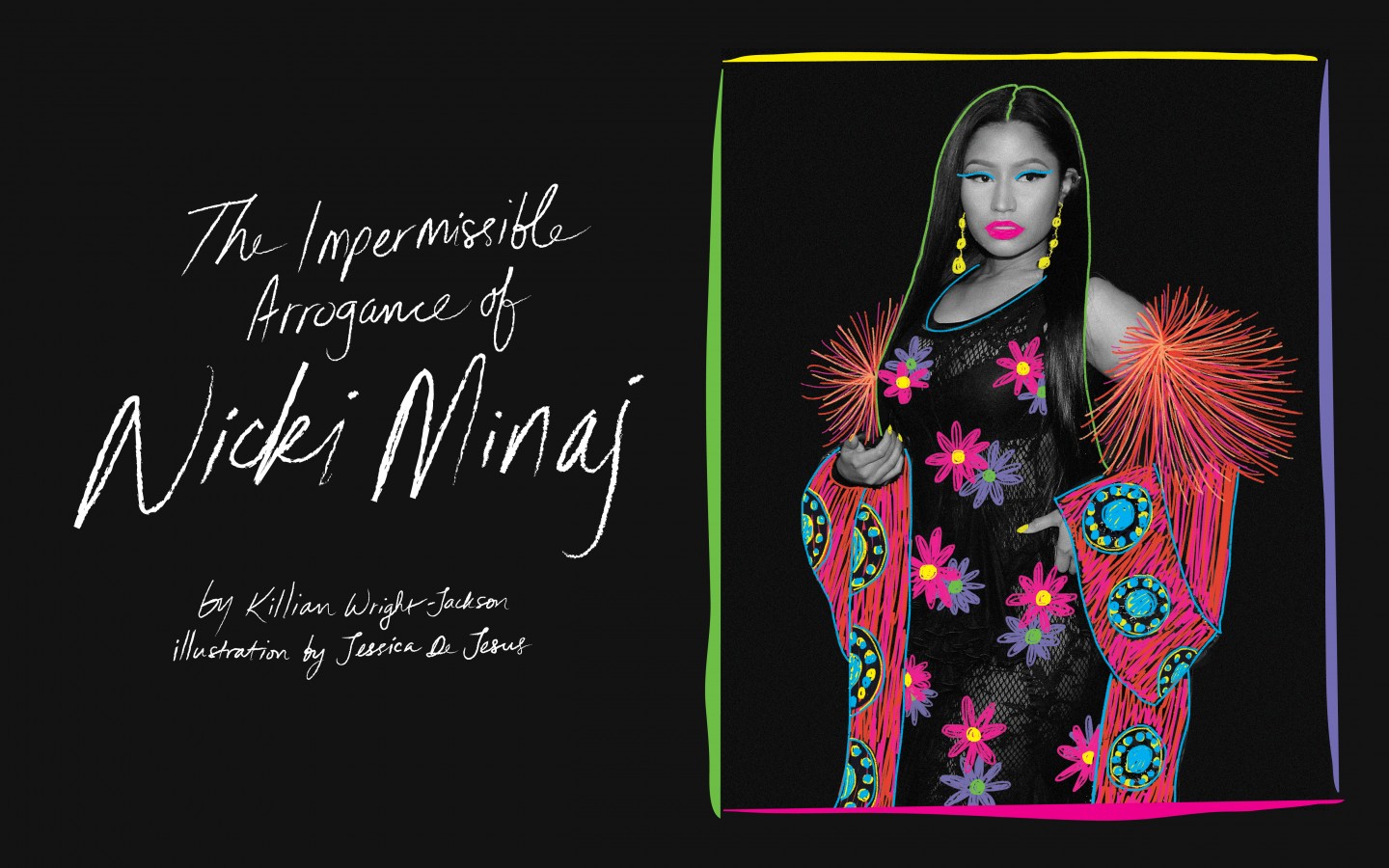 In Sula, a sumptuous tale about female friendship, Toni Morrison presents a radical female antagonist who upends an all-Black town by refusing to abide by societal norms. When she proudly challenges gender essentialism, she loses her community in return. Nel, a sweet, meek Black woman, is a direct contrast to her best friend Sula. She is a wife and a mother who is loved by her community because she reflects who they have been disciplined to be since birth.

“You can’t do it all,” Nel tells Sula. “You a woman and a colored woman at that. You can’t act like a man. You can’t be walking around all independent-like, doing whatever you like, taking what you want, leaving what you don’t.” It is both an instruction and a warning. To be colored and a woman is to be perpetually ruled.

In the video for “Lookin Ass,” Nicki Minaj is veiled in purposeful stereotype. Pasties adorn her perfect breasts. Platform stilettos slink around her ankles. Black nails protrude from her fingers. She postures a specific kind of femininity, but her words sever any anticipations of sexuality. Her bars are breathless, enunciated by lurid misandrist inflections. She liquifies men and their egos, halts their fecundity. Then she sits. Her back is arched. Her hair blows in the wind. Like Sula, she rests in a dangerous zone: confrontational, proud, a woman, and colored.

Like Sula, Nicki Minaj rests in a dangerous zone: confrontational, proud, a woman, and colored.

Women in hip hop wield sexual statements, muse about love, bear their souls, and talk of past hardships, but their tales must be readily understood, they must gnomically carry collective. Not only did Minaj arrive uninterested in these conventional deliveries, she was swift to taunt those who were. She was an individual, with ambitions exclusive to her. Success was something to be enjoyed, and humility—not required for braggadocious men—did not apply to her either. “All these bitches is my sons” became her trademark line, a reminder that if men could be kings, so could she. While others post simple selfies on Instagram, Minaj lists accolades that detail her immense wealth. She tags glittering custom chains and endless Chanel bags. Infinite stats from Billboard and plaques from platinum-selling albums and singles are reminders of her purpose often dismissed by factions of media and her musical peers.

In a promotional video for her M·A·C collection, she’s asked for her biggest obsession. “Winning,” she responds curtly. When asked if she cares more about money or happiness, she says “money” with a smile. Minaj’s catalogue has always been littered with theatrical tonal shifts. Endless Barbie inflections fill her mixtapes and masterful feature verses. She has always been brash and proud, more concerned with wealth and irreverence than street credibility or perpetual homage.

But when the chorus arrived on 2012’s “Starships,” Minaj’s posh vernacular was isolating. It was far from her neighborhood of Southside Jamaica, Queens, and more reminiscent of Beverly Hills. The shiny song thrust Minaj into a contentious debate focused on authenticity. Set to perform at Hot 97’s Summer Jam concert months the song’s its release, on-air personality Peter Rosenberg spoke for hip hop purists. “I know there’s some chicks here waiting to sing ‘Starships’ later, I’m not talking to y’all right now, fuck that bullshit,” he said. “I’m here to talk about real hip hop shit. People here to see A$AP Rocky today. People here to see ScHoolboy Q on this stage. That’s that shit I represent.”

Rosenberg, white and Jewish, insinuated that Minaj was a sellout. Like many who idolize those they wish to be, Rosenberg only connotes “realness” to men whose language mirrors his own. Minaj was not given this stamp of authenticity. Her eccentric voices, which were lauded on “Monster” and “Five Star Chick” were now unintelligible. Her signature blink, once displayed in Diddy’s “Hello Goodmorning (Remix)” video, was now too dramatic. The nasal tone on “Starships” was acceptable if she rapped alongside men, like on “Bedrock,” but alone her tone should only shift between deep or masculine—no Valley Girl cadences.

This fixation on legitimacy forefronts the preferences of men at the expense of women. We are accustomed to kings, but not accustomed to femininity connoted with power. Minaj continually demands respect, money, and acclaim, boldly declaring that she is central to herself. She refuses to feign humility, to show weakness, or to shy away from her many achievements.

When Sula dies at the end of the novel, Nel realizes the price her friend paid for wanting to be free. Their town’s disdain for Sula’s haughtiness kept them from freedom. What price do Black women pay for being confrontational and proud? Perhaps we should ask Nicki Minaj.

Read this Next: Nicki Minaj Shows the Importance of Fighting Abortion Stigma 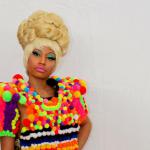 by Vanessa Willoughby
Nicki Minaj recently told Rolling Stone that she is pro-choice. Photo by Christopher Macsurak. There is danger in a single... 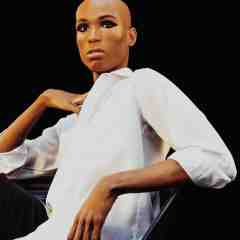 Killian Wright-Jackson is a writer and artist living in New York City. A Texas native, he believes deeply in couth, regality, and glamour. He also knows that nothing can stop you if you listen to Mariah Carey and Lana Del Rey religiously.