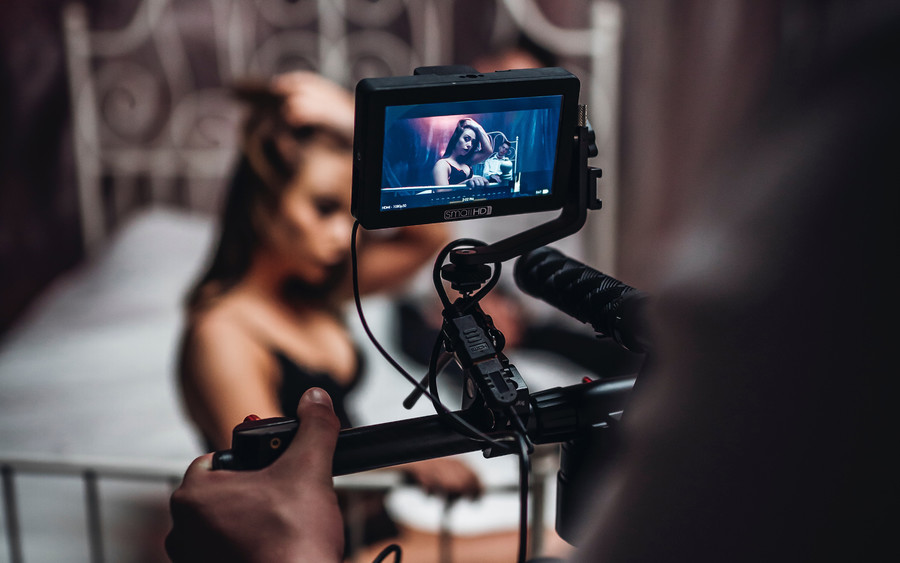 Due to the coronavirus pandemic, both sex workers and freelance creatives are struggling with similar predicaments: receiveing government aid, gaining new clients, and retaining old ones. With more than 17 million people in the United States alone filing for unemployment, creatives are flocking to sex work, hoping to expand their offerings and sustain themselves financially in the face of an economic downturn. For artists, especially those who freelance or work for businesses that can no longer afford to pay them, the ability to live on an art-based income alone is next to impossible.

Creatives and sex workers have long intermingled, so it’s unsurprising that there’s a sense of community that helps creatives ease into this line of work. Just as many artists blur the boundaries between sex and art, sex workers have also found other creative outlets to explore their artistic passion and curiosity. The Sex Workers Outreach Project has put on an art show in Chicago to raise awareness every year since 2015. Variety shows put on by sex workers are common and blur the lines between many mediums. “I know a lot of dominatrixes have taken improv classes because they want to be good at hearing something, taking it, and yes-and-ing it,” Kay, who has a theater degree, says. “They straight up are like, I do sex work and I want to be better at creating things [based on] what a client [desires].”

Sex work requires a number of creative skills that keep workers relevant, including branding, marketing, and photography. Scarlett Cummings, a sex worker based in Los Angeles, details the extensive work she puts in to her OnlyFans, a video hosting website in which consumers support creators via subscriptions. Not only does her work require an in-depth understanding of the community, but it also requires consistent output and ongoing creativity. “I’m my own creative director,” Cummings says. “I’m setting up a scene, choosing a studio, makeup, and outfits to create this art form with my body or other objects that makes you think ‘that’s more than just a pair of tits.” For Cummings, creative exploration is a way to keep fans engaged:. “I try to be more high quality and post professional looking nudes or try to pose in different scenarios where I’m outside or in a cabin.” Taking a more artful approach to sex work helps Cummings stand out in a crowded field.

Good content requires attention to detail. Monica Huldt, a popular OnlyFans star, employs her husband to help set prices and shoot outdoor content. Some sex workers craft mini studios and edit their own video content, while others hire outside help. The work people put in to their online sex persona is no joke, and viewers notice. “[One] mistake new people make is producing content that is really subpar,” Cummings says. “People will take photos that are fuzzy or out of focus like, girl, we all know you have an iPhone. Why are your photos so shitty?”

Even if they don’t practice sex work, many creatives tap into sexuality as an extension of self, exploring it in sculpture, photography, and performance. Sexuality is one of the chief components behind artistic expression. In her 2014 anthology, Sexuality, Amelia Jones writes about how passion rounds out creativity, radicalizing modern and contemporary art by pushing the limits of what is accepted. Author Violet Mclean furthers this point in a 2016 piece for The Establishment titled “The Thin Line Between Women Artists And Sex Workers.” “Sex and art typically meet in the same place on the landscape of human experience,” Mclean wrote. “It emerges in the artist’s attempts to draw the audience in, and in an audience’s desire for vivid emotionality.” Mcclean then asks, “Is there really that clear a line between the work of women artists, and the work of those who sell sex?”

Google searches for OnlyFans spiked this past month while some cam sites have reported a significant increase of new models joining the industry. With OnlyFans boasting income figures starting at $1,500 per month, the allure of fast money has people—specifically freelance creatives who have seen their income rapidly decreasing—flocking to create profiles. “I have been struggling to get by financially for quite a while,” Mistress Frankie, a comedian who has recently gotten into foot fetish sex work to supplement her income, told Bitch. “I work at a comedy club and heard a fellow improviser talking about working in foot fetish films. I told her I had considered doing that kind of work, but I wasn’t sure how to get started.”

Though there’s a lot of overlap between the sex work and creative communities, there’s a downside to the increasing number of creatives and other non-sex workers turning to sex work right now. While people outside of the industry are trying to join for quick cash, people inside fear losing work to the influx of new workers. Two cam sites, CamSoda and ManyVids, have seen a significant increase in new cam models. In the New York Times, Gabrielle Drolet explains that despite an increase in the number of cam models and more open dialogue around sex and sex work, fewer consumers of content are tipping due to personal financial stress. “I’ve seen people post, ‘I’ve started an OnlyFans because I have all this free time now,’” Cummings says. “It sucks because this is my solid income.” Kay agrees. “Online sex work is really popular right now, and a lot of people who have spent their lives doing sex work don’t want to be overshadowed by girls who just think it’s hot pics.”

Jennifer Gerson wrote in an article for Bustle about how Fera, a sex worker of 15 years, only made 30 cents for two hours of camming during the pandemic: “[V]eteran cammers have also seen a uptick in recently laid-off civilians—non-sex workers—asking their advice on how to cash in on sex work. Their advice? Maybe don’t.” For people like Mistress Frankie who are financially reliant on this job, the drastic decrease in cash adds up quickly. “Most days are 10 to 11 hours of filming,” Mistress Frankie says. “It’s all about financial need. I don’t love doing it, but it pays a little better than other jobs I do.” It’s difficult to walk the line between struggling financially, and electing to enter into a field where others are struggling, especially given the ways that sex workers are continually failed by the powers that be, but it’s a line worth figuring out how to work. One place to start is by evaluating your own privilege and reasons for entering into sex work; another is to actively support sex workers.

And support for online sex workers is needed now more than ever. Reports indicate that many are not receiving government aid during this crisis, an issue that’s prompted lawsuits. If you’re looking to help those in the industry, you can donate to their Patreon, OnlyFans, or organizations that assist the cause rather than simply seeking out free content. And remember, while sex work might seem like easy money to outsiders, it’s a valid profession that requires an extensive amount of work. “Don’t get into sex work during this time unless you have a true desire for it,” Kay says. “Pay sex workers and pay for porn if you can. We’re all struggling.”