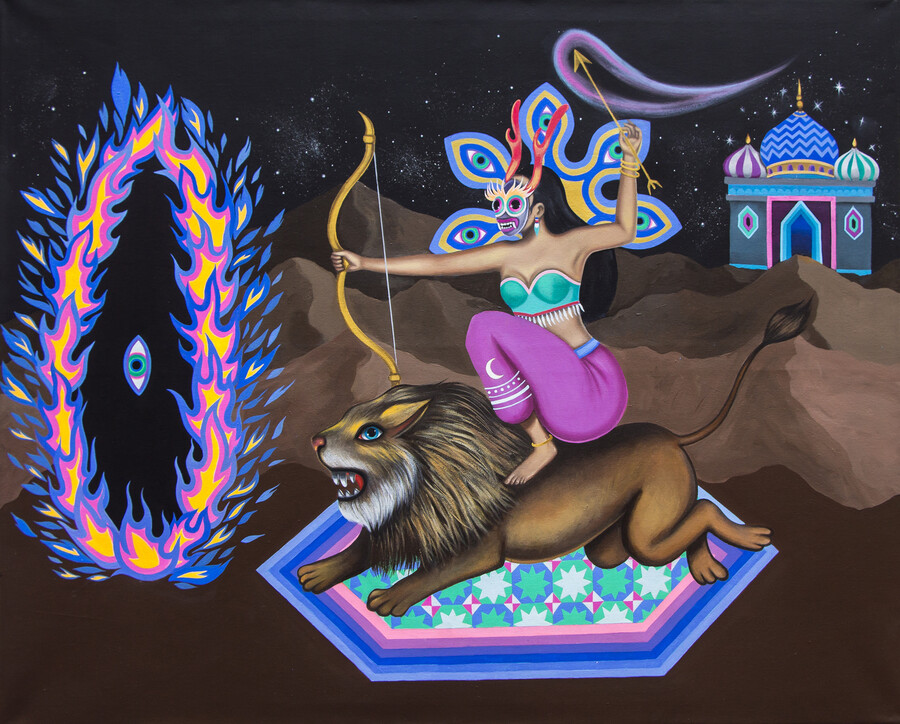 The scarlet robes and white bonnets associated with Margaret Atwood’s seminal 1985 novel The Handmaid’s Tale, and its 2017 adaptation for Hulu have crawled out of the world of fiction and into our current political landscape. It’s a recognizable costume, worn by people all around the United States during legal hearings and protests as a powerful symbol that we won’t have our rights stripped away without a fight. As legislators in numerous states, including Ohio and Georgia, systematically dismantle our reproductive rights and the Supreme Court considers restricting legal access to abortion, people of all genders have come out in droves—donning apocalyptic garb—to highlight the fact that Atwood’s fictional nightmare is not too far from becoming a new reality.

In literature, the dystopian genre has long served as a means of creating a divide between a reader’s real world and the fictitious world inhabiting the reader’s mind. These books signal to us that the characters, the setting, and the plot are far removed from our actual lives; these are “what if” scenarios, imagining the worst that could ever come to pass. Since the late 18th century, dystopian fiction has been an outlet for authors to imagine the world gone awry, but this has been shifting: In modern times, dystopian fiction is an outlet for authors to imagine the world as it already is.

In the beginning, dystopian writers speculated and fixated on the future: Jonathan Swift’s 1726 book, Gulliver’s Travels, H.G. Wells’s 1895 book, The Time Machine, and Aldous Huxley’s 1932 book, Brave New World, among others, kicked off what would later become a sprawling, expansive genre. These writers used literature as a tool to process and express concerns for modernity’s potential impact on the future. Now we’ve entered a fever-dream golden age of dystopian fiction—and women are leading the charge.

A genre that once concerned itself largely with the possibilities of technology has repositioned its spotlight on women, Black people, Indigenous people, and people of color at-large—exaggerating their struggles only to meditate on what may soon be. As scientists repeatedly warn us that the fires that have raged in California, the Amazon rainforest, and the Australian bush will soon become a normal part of our lives; as 45 escalates violence against other countries and migrants at the U.S.–Mexico border; and with reproductive rights under attack, it becomes easy to speculate: What could possibly come next? In the 21st century, women dystopian novelists are helping us better grasp this question.

Women are empowered to speak truth to power and dystopia allows them to do so with few limitations.

Authors such as Naomi Alderman (2016’s The Power), Maggie Shen King (2017’s An Excess Male), Peng Shepherd (2018’s The Book of M), and Sophie Mackintosh (2019’s The Water Cure) are not only increasing the volume of dystopias that center on women but are ushering in a change in the content itself. There’s a simple reason why the dystopian fiction genre has shifted into an outlet for feminist voices: Women are empowered to speak truth to power and dystopia allows them to do so with few limitations. Shepherd’s The Book of M details a world in which humans begin to lose their shadows, and soon after, their memories; in her mind, it was the best way to approach this story. “In some ways, genre fiction can get us closer to answering that question of who we are than a completely realistic novel, not in spite of, but because of, its speculative elements,” Shepherd tells Bitch. “I set The Book of M in a postapocalyptic world because by ‘wiping the slate clean,’ so to speak, I felt more free to imagine an entirely new system that functions so differently than our current society.”

The author of An Excess Male, which tackles overpopulation in a post–one-child policy China, expands on this idea. “Fiction offers a wide and safer space in which to explore politically sensitive topics,” King says. While women have made huge strides when it comes to their rights, dystopian fiction reveals how fragile those gains feel. “The rights do not feel inalienable, but seem more like lines in the sand subject to erosion if not actively defended,” King says. Perhaps this is key to the genre’s reinvigoration. These novels are not solely being written with creative intention; they’re a battle cry, a warning to those who dare stand in the way. As what amounts to some sort of dystopian hellscape inches ever closer, women dystopian fiction writers don’t have to look far into the future for inspiration—a close examination of the present will do the job. Their characters and settings may be dramatic and fictional, but their message is rooted in reality.

Read this Next: No Moderates in Gilead 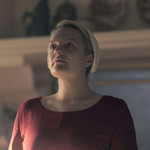 by Caroline Reilly
The new season is a cautionary tale about seeking allyship with our oppressors. 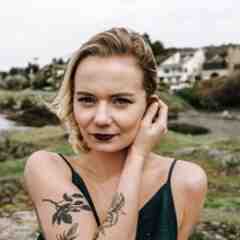 Abby Neufeld is a writer based out of Victoria, British Columbia. She’s a graduate of the University of Victoria’s professional communications program. Her words have appeared in the Martlet, Canadian Dimension, This Magazine, and more. In 2019, she cofounded the New Twenties (@NewTwenties), a climate-focused art and environmental literature magazine.