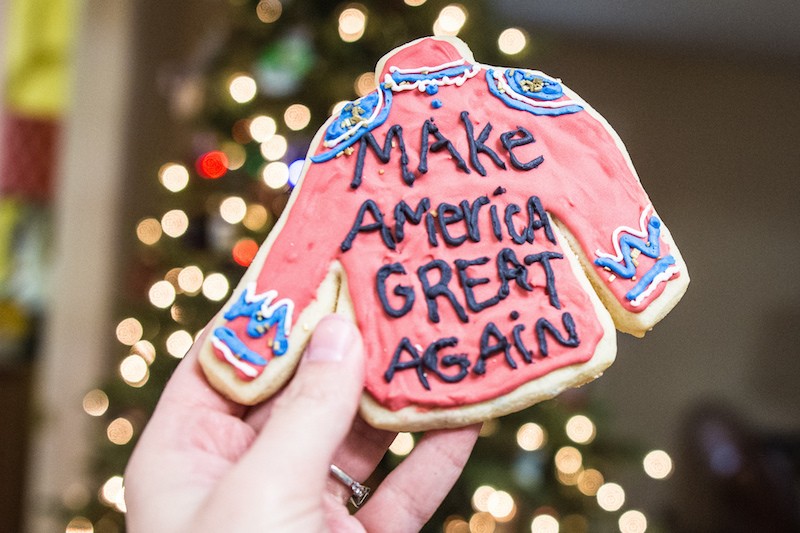 Octavia Butler’s Earthseed series is a master work of dystopian science fiction. In a near future, America is crumbling from climate change. As water and food become scarce, private companies and religious fundamentalists take over. Sound eerily familiar?

The two books in the series, Parable of the Sower and Parable of the Talents, were published in 1993 and 1998, but feel terribly resonant today. In Butler’s grim future, a hardcore patriarchal religious leader named Andrew Steele Jarret is running for president as the head of the Christian Americans party. And, as a couple people have pointed out, his fictional campaign uses the same slogan as real-life presidential candidate Donald Trump: Make America Great Again. 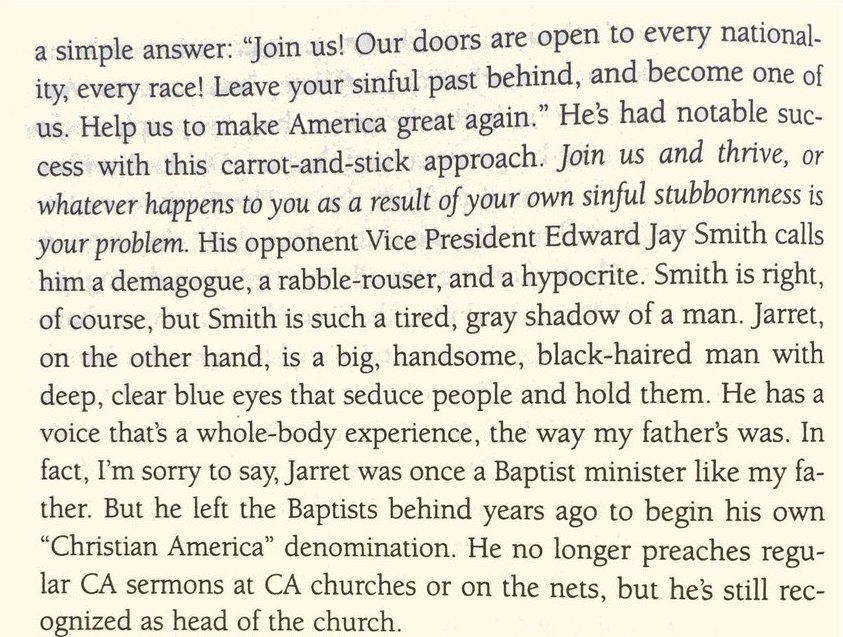 Photo of a page from Parable of the Talents by @oligopistos

It may seem uncanny that Butler predicted the slogan nearly 20 years before Trump literally trademarked it. But that’s because Trump’s slogan isn’t an original one. As Matt Taibbi wrote in Rolling Stone last year, saying Trump “must never have heard of Google,” President Ronald Reagan “made ‘Make America Great Again’ a backbone of his campaign.”

We are living in the future. And it’s a pretty scary place.

Yes, we were just discussing this in my book club, this book is a deeply terrifying, all the more so for its realism, vision of a possible future.

Relevant: Elisabeth Moss Will Star in "The Handmaid's Tale" Mini-Series 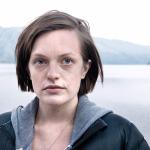 by Sarah Mirk
Margaret Atwood's feminist speculative fiction classic is coming to the small screen in 2017.