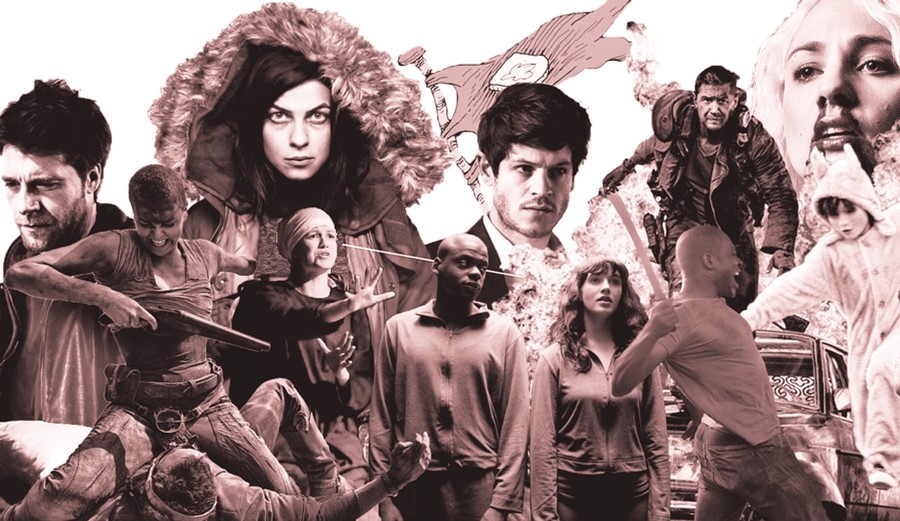 Sometimes it feels like the pop culture landscape is absolutely littered with just-add-water—or subtract, if it’s Mad Max—dystopias. Media has presented the fictional end of the world in such myriad ways that the planet must be getting a complex; at the very least, all the blushing appears to be melting the polar ice caps. There’s ice, and fire, and nuclear weapons, and pandemics, and totalitarian regimes, and comets, and alien invasions, and the disappearance of men (which may be a utopia, honestly), and bored teenagers. Culturally, we appear to have a persistent obsession with dystopias that refuses to let up, but is this just a passing fetish or something more complicated?

Dystopian media speaks to something much deeper in society, reflecting anxieties and helping us process them. This complicated and diverse genre deserves far better than its enemies heap upon it. Dystopianism is not just a simple obsession, an itch pop culture must return to time and again to scratch. Picking through the thematic elements of dystopias in any given decade reveals what people are afraid of and how we search for answers to our fears. Whether a cautionary tale or an exploration of a possible future, there’s always something at the core of these works that dovetails with the realities surrounding their creators. Pop culture is often humanity’s way of coping with things that it has trouble facing head-on, serving as therapy wrapped up in film, television, music, literature, gaming, and art. Our troubles feel less acute when transposed onto characters onscreen or on the page who are going through the motions of a fate that has been ordained for them. Instead of living the stress ourselves, we are watching someone else endure it, and that person usually triumphs in the end.

In the 1980s, Americans feared Russians and the rise of technology, so it’s no surprise that a slew of nuclear disasters and cyberpunk nightmares flooded the market. In the 2010s, Americans fear technology and its overreaches again, but we also fear climate change, our own government, and the rise of infectious disease. These realities dominate both news headlines and pop culture. It may seem strange to continually expose ourselves to our greatest fears and call it entertainment, but this is one way humans process information. Headlines have a sense of discomfiting immediacy, demanding attention—but it’s possible to log off Netflix at the end of the night, burst out of the movie theatre and into the bright light of day, toss a comic on the bedside table and flick off the light, hit a save point and come back later.

The anxieties of society spill out into the creative landscape—in the recent fraught election cycle, for example, The Simpsons’ “3 a.m.” short blatantly endorsed Hillary Clinton and managed to embed wry pop culture commentary, dystopian nightmare, and political statement in just a few minutes of animation. The Simpsons took an imagined chaos and put it within the orderly confines of the screen to soothe shattered nerves, but also sent a warning: You, the viewer, choose your own adventure. Do you want the inevitable horror of a dystopian landscape, or do you want to do something? At various points in history, people have used the dystopian genre to confront the rise of fascism, climate change, the Industrial Revolution, war, disease, the space race, terrorism, and other momentous and sometimes terrifying events. Contemporary young adult fiction has created its own spawn of dystopias, reflecting the anxieties teens are processing in the wake of economic meltdown, the rise of terrorism, and a shift toward radical conservatism in government.

The diversity of 21st-century dystopias is an expression of an anxiety-ridden era, from micro to macro. Real-life events are coming so hard and fast that coping with them is a growing challenge, sending us retreating to the movie theater, the couch, the gaming chair. Sometimes it feels as if everything is wrong, from medical advances moving too quickly for bioethics to keep up to coastlines swallowed up by the sea. We are exploring transhumanism and new medical frontiers (Sense8, Self/less); surveillance and technology (Black Mirror, Janelle Monáe, Blame!); ecological catastrophes (MaddAddam, Locust Girl); epidemic disease (The Strain, Alpha Girl); societal collapse (Mad Max, Bioshock); the colonization of space (Mass Effect, The 100); and what happens when our own government criminalizes us (The Hunger Games, Advantageous). There’s a lot going on!

Dip into new releases in nearly every genre, and dystopias will pop up like mushrooms—some, such as 1984 and Metropolis, will become perennial classics, while others, like Brazil, will fade into the background as cult hits or vanish entirely. Some stories, such as The Handmaid’s Tale, will feel as fresh as the day they were written no matter when they’re picked up, an alarming testimony to the terrifying futures they envision and the repetitive nature of history. Similar dystopian themes appear again and again—and works from long ago often feel eerily relevant. Jo Walton’s Small Change trilogy, an alternate history in which Hitler has taken control of Europe and Britain is cascading into fascism, may have come out in the mid-2000s, at the peak of a conservative backlash in the United Kingdom, but it seems equally apt now, as does 1984, published in 1949. “This novel is for everyone who has ever studied any monstrosity of history,” begins the dedication to Farthing, the first Small Change book, “with the serene satisfaction of being horrified while knowing exactly what is going to happen, rather like studying a dragon anatomized upon a table, and then turning around to find the dragon’s present-day relations standing by, alive and ready to bite.”

In a way, dystopian tales act as bedtime stories and cautionary tales for adults. Remove the rosy glasses and return to the classic tales of your childhood and you might be unpleasantly surprised by how dark and violent they are, how even in the midst of familiarizing the monstrous (Where the Wild Things Are) they can contain startlingly mature themes (The Butter Battle Book, nuclear war for the nursery-school set). Children’s books may be more outwardly and unabashedly moralizing, but in many senses, they are performing the same function as dystopias: They are taking something scary and hard to deal with and breaking it down so it can be digested, with the goal of imparting some wisdom along the way. Some invite the consumer to imagine a world where everything is upside down and horrible, employing narrative techniques like flashbacks and extensive exposition to lay out the series of events that led to such a pass. Others launch directly into the consequences of untrammeled capitalism, climate change, nuclear build-up, conservatism, or whatever the nightmare of the day may be: Look, they say, you made this.

Black Mirror provided a particularly outstanding illustration of this with “The National Anthem,” a 2011 episode that had the prime minister getting rather personal with a pig. In 2015, news broke that Prime Minister David Cameron may have done just that, though the porker in his case was allegedly deceased. Porcine reality met dark political satire in a way that simultaneously delighted and horrified onlookers. To have some of Black Mirror brought to life inevitably raised anxieties about what else in the very dark, eerie series might be true, much as The Matrix caused inevitable crises over whether people were living in the real world or a simulacrum in the late ’90s. As a genre, dystopias tend to be extraordinarily diverse, often more so than other works, in part because they’re often rooted in science fiction, a historically diverse genre. This is a body of media built up around the experiences of outsiderness and isolation, themes often expressed through the identities of the characters themselves. Dystopias are populated with people of color, queer people, trans people, disabled people, and poor people, and it is often the forgotten, hated, and controlled elements of society who rise up to change the world. For some, dystopias are the only places they will regularly see themselves, and the only places where they are heroes.

Underrepresented groups tend to have the most to lose in any real-world dystopian scenario, making it an empowering genre for people who are routinely disempowered by the world. They are closest to the tipping point between fiction and reality, the target of the social shifts stacking up the house of cards for disaster, and they are seeing themselves as the only people who can lead the world out of danger. This approach to media is in many ways highly disruptive: It is not just presenting a horrific possible future, but a solution that’s often spearheaded by those who have been historically silenced. 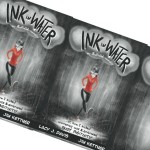 by Raechel Anne Jolie
Lacy J. Davis’s story is engaging because she describes the painful juxtaposition of being a self-identified queer, punk feminist who was also actively trying to shrink herself.