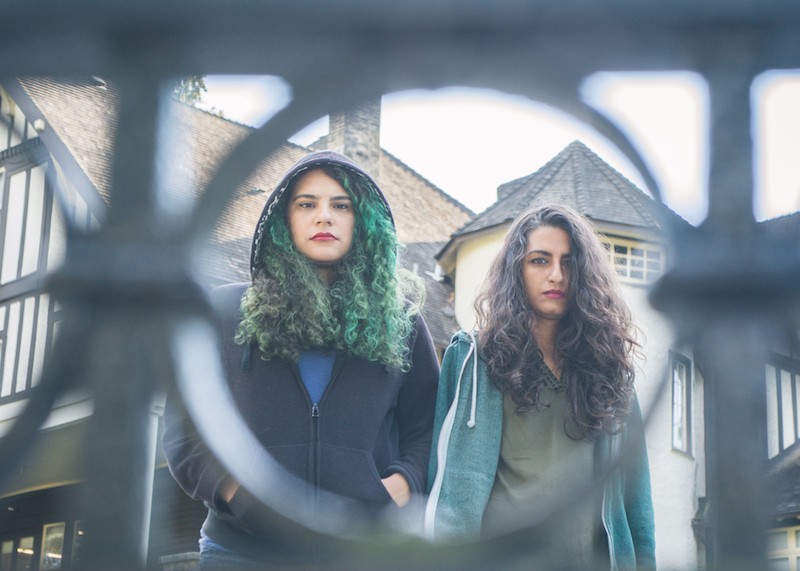 Looking at Cherine Amr, you wouldn’t guess she’s the frontwoman for one of Egypt’s best-known metal bands. She loves wearing colorful clothing, and her guitar bears a Cartoon Network logo. But when she opens her mouth and the death growls rumble out, there’s no mistaking her voice.

Amr and close friend Nancy Mounir founded Massive Scar Era (often shortened to Mascara) in 2005 and released their first EP, Reincarnation, in 2006. The pair met at a jazz concert in Alexandria, Egypt, and quickly bonded. Amr had been wanting to launch a musical project, but her conservative Muslim family said she could only be in bands with other women, so she was on the lookout for potential bandmates. The pair later relocated to Cairo, and last year Amr moved to Vancouver, British Columbia while Mounir stayed in Cairo. Massive Scar Era’s latest EP, 30 Years, which dropped in August, was recorded across continents and time zones.

Each day, Amr and Mounir would record new pieces of the album and send the files to one another to build upon. It didn’t always work out. “Internet in Egypt is not always reliable, so I would go to bed after pressing ‘upload’ for some files, and the next morning, I would see my least favorite word: ‘error,’” Mounir says.

But the result is a stunning four-song collection that explores life in North Africa and the West. The first track, “Alive,” opens with rollicking drums, guitar, and Mounir’s soaring violin; it’s a celebration of survival and success, driven by Amr’s guttural roars and clean vocals.

“I wrote it thinking about Nancy and me going through this journey,” Amr says. “I wrote it while I was still in Egypt, and I think my body needed a positive reinforcement and encouragement to carry on.”

When I first interviewed Amr and Mounir in 2013, Egypt was in a post–Arab Spring state of turmoil following a 2011 revolution that prompted longtime President Hosni Mubarak to flee the country. Mohamed Morsi, who was aligned with the Muslim Brotherhood, was elected to the Egyptian presidency in 2012.

His rise to power was a huge blow to women’s rights even though he served for little more than a year before being ousted in a coup. He was later charged with numerous crimes, including killing protesters and espionage. Former Defense Minister Abdel Fattah el-Sisi became Egypt’s president in 2014. Although el-Sisi’s presidency has been more popular among Egyptian people, Amr continued to find the country unlivable.

“The streets in Cairo were getting more aggressive due to the economic problems the country was facing. Everybody was waiting for a fight to jump in to release their anger. It was crazy!” says Amr. Between the political scene and the censorship struggles she faced at work, she decided it was time to leave. “I needed to run away! Save myself and save my dreams.” 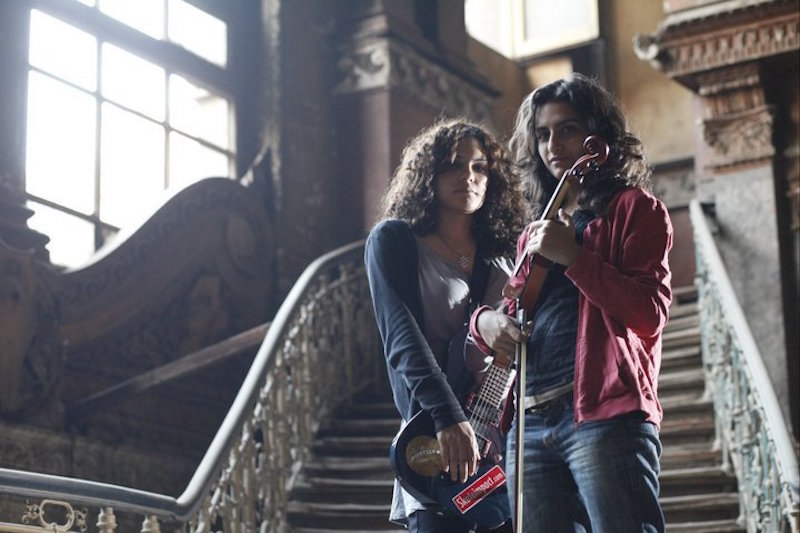 Before she left in 2015, Amt was working for an art incubator called Garaad where she regularly fought Egypt’s censorship committee to help filmmakers, musicians, radio producers, and graphic novelists market and distribute their work. Amr’s solo work—along with many other musicians’ works—couldn’t be released in Egypt because of censorship restrictions that forbid songs from discussing religion or politics, she says.

At El Sawy Culture Wheel, a club in Cairo where Massive Scar Era and other metal bands regularly performed, the powers-that-be were similarly strict. “There is this woman [who worked at the club] who always silently comes in and takes a look at us…just to make sure we aren’t wearing shorts or revealing clothing,” Amr says. In 2009, she organized a music festival where a Swedish band arrived to perform in dresses and shorts in the ultra-hot Egyptian summertime. The woman told them they would have to change into more modest clothing before going onstage.

Metal bands like Massive Scar Era face numerous problems in Egypt in part because record distributors are reluctant to work with metal; it’s often considered an untouchable genre in the region.

“The genre itself has been used for years to distract the public from major political events in the country,” Amr says. Every time there’s unrest, officials will plant the seed in Egyptian media that “evil Satanic bands are trying to take over our children’s minds,” she says. 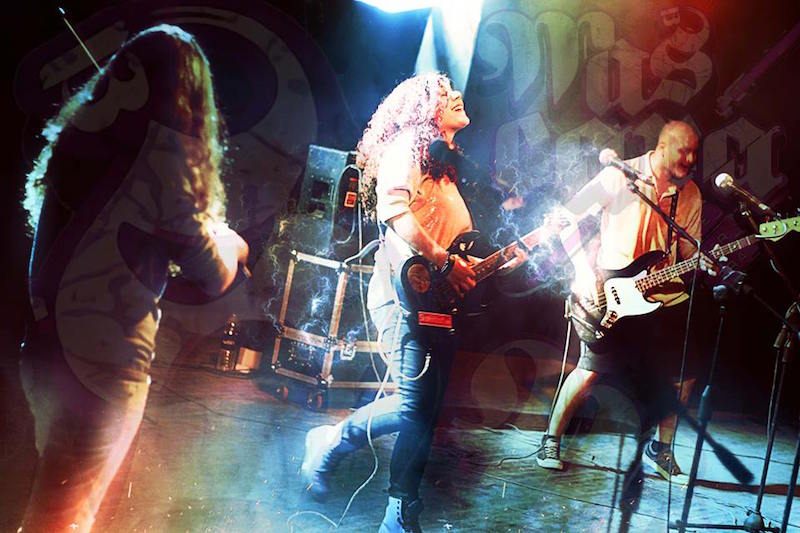 Amr explores her drive to leave Egypt in “Despite My Will,” the second track on 30 Years, a sultry, jazzy tune that turns to rage at the choruses. In Arabic, she sings about not being able to cope with the path she’s on, about confused thoughts, about rejecting life as it was before she left.

“Despite My Will” is followed by the melancholy, nostalgic title track, which was the first song Amr wrote after moving to Vancouver in April of 2015. To compose the song, Amr and Mounir swapped roles; Amr wrote the string arrangements, while Mounir wrote the guitar lines to support the vocals and violin. The lyrics speak of the past, of someone who’s no longer wanted, of empty rooms. It’s intentionally unclear whether Amr is singing about a person or about the homeland she left behind.

The final song on 30 Years, “The Fairest of All,” takes its cues from the poetry of Arabic writer Al-Mutanabbi, who lived in Egypt more than 1,000 years ago but faced some of the same restrictions artists there face today. “He always wrote praising the kinds of countries he lived in, in return for money and gifts, but at the same time, he was very aware that he was doing it for money, and he was very honest about it,” Amr says. Al-Mutanabbi was ultimately killed by a man he directly insulted in a poem.

After living in Vancouver for a year and a half and taking on a role with the Vancouver Fringe Festival, Amr says she feels very welcome in the West. “The freedom, how easygoing the people are, it’s really less stressful,” she says. “I feel younger and happier.”

Amr is hoping that her relocation to North America will bring Massive Scar Era to a wider audience. The band performed at SXSW in 2013 and hopes to do so again next year. Mounir came to Canada this summer to visit and embark on a brief tour to bring the band’s music to new audiences. They still get some pushback—audience members often said they weren’t expecting such intense, aggressive music from Amr and Mounir.

Although Amr hopes Mounir will want to join her in Canada, Mounir says she’ll remain in Cairo for now.

“I cannot dare to talk about the political situation in Egypt now because it’s quite abstract,” Mounir says. “All I can say is that we’re still struggling with freedom of expression—some young people are in jail because of a mobile video, [and] the government is allowed to arrest anybody, whether they have a valid reason or not.”

Relevant: Smashing Through the Boundaries: Heavy Metal’s Racism and Sexism Problem—and How It Can Change