Big Board AnxietyWe Really Need a Break From Election Results 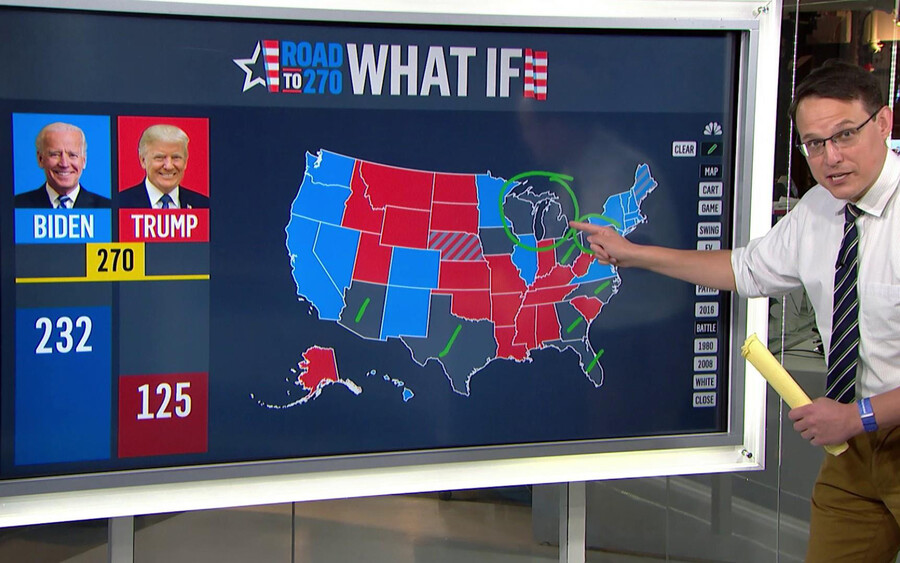 The season finale of America! has been a nailbiter. Viewers were hoping for something wild—blatant voter suppression, goats at the polls, angry white men in tank tops crashing press conferences—and they got it. They were glued to their screens, too afraid to pee during the commercial break in case they missed something. The entire election process has felt like a reality-television show, perhaps in part because one of the contenders is a former reality TV star. Since Donald Trump descended from an elevator in June 2015, the presidential campaign process has been treated like a spectacle where viewers are encouraged to follow both campaigns breathlessly through their ups and downs. We fear that we’ll miss something or that we’ll overlook good dunk material. The political media has been all too happy to oblige: People watched candidates beef on Twitter in their off hours; phonebanked or lectured others about phonebanking; and turned everything into a meme while waiting for Election Night’s grand finale.

The line between electoral politics and entertainment has grown blurrier over the last few decades, and nowhere is that more obvious than in 2020’s election coverage. Like many people in the United States, I was amped up on November 3, toggling between a million internet tabs, arguing over which news organizations were making responsible calls, and holding a (virtual) election party with friends so we could collectively agonize over the results—or the lack thereof. Our Canadian participant eventually dipped out to soothe her neighbor who was “freaking out” over the same returns that left the Americans at the party feeling glummer by the hour. All these heightened feelings—the frenzy, the uncertainty, the anxiety—are entirely by design because election reporting is clearly calculated to hold viewers captive. The New York Times has its infamous needles, which make even the most sanguine political animal jumpy. But each news source—the Times, the Washington Post, NPR, Bloomberg, Politico, FiveThirtyEight, and many more—deliberately serve up election content designed to provoke emotional reactions in its audience.

Bloomberg’s cartogram and FiveThirtyEight’s jaunty “choose your battleground winners” could be considered a public service, with paywalls dropped in favor of free and open information, but this information sharing comes with a bite. When eyeballs translate to advertising dollars, media outlets can’t afford to lose the interest of readers who are stressed out and jonesing for fast calls. These organizations invest considerable energy in design and technology choices intended to amplify the sense of urgency: The big interactive maps on the cable-networks and the online graphics compel people to repeatedly refresh lest they miss something between auto reloads. It’s an approach that makes the process far more stressful and chaotic than it needs to be, especially given the news that it may be several days before the final call. “Staying informed is part of your political duty as a human being,” writer Saladin Ahmed tweeted on November 3. “Anxiety-watching a minute by minute play-by-play is not.”

It would have been easy to miss his remarks, sandwiched as they were between fearful, anxious, and somewhat performative tweets from exactly the people Ahmed was addressing. With so much at stake, viewing returns even in the absence of new information felt like a vital necessity, and pundits and data analysts are our selfless, willing translators. The homepages of nearly all major media organizations featured electoral maps front and center, their bright red-and-blue sections accompanied by voting percentages set in light-gray type and miniature font sizes. Along with endless streams of verbal commentary, the sheer amount of information presented made contextualizing it increasingly difficult. Some news organizations, like Bloomberg, called victory for some states as soon as polls closed. Never mind that absentee ballots had yet to be counted—the point was to get those interactive maps lighting up so viewers could revisit them compulsively throughout the night.

The pressure to update outstripped the need to be accurate, so that outlets scrambled to keep pace with—or even scoop—their competitors. Only the battleground states had the luxury of delayed calls, given that no outlet wanted to make a fatal mistake with Michigan, Arizona, Florida, or other key players. Such anxiety-mongering wasn’t exclusive to coverage in the United States. On Twitter, Australian cartoonist Andrew Marlton commented that: “The thing where [Australian Broadcasting Corporation] 24 has already given a bunch of electoral college votes to Trump and Biden (based on what they assume will happen) is not…a good thing. Nobody else on Earth is doing it so it is weird when you look at it. I don’t like it.” No matter where you were in the white, English-speaking world, your trusted media was laser-focused on the U.S. election, even when there was nothing new to report.

When eyeballs translate to advertising dollars, media outlets can’t afford to lose the interest of readers who are stressed out and jonesing for fast calls.

Media outlets feel a frantic need to take up air and screen space with electoral coverage. But what if they didn’t? What if, instead, results were reported at scheduled intervals, encouraging people to turn off the TV, put the computer to sleep, and pause the push notification? What if news outlets prioritized more thoughtful, less alarmist graphic-design and production decisions? What if states didn’t feel pressure to report results before they were ready to do so? It’s certainly possible: Until 2012, Canada had an “election silence” law that forbade broadcasting results while people were still voting. The idea was to avoid depressing the vote. In the United States, some have criticized early calls on the grounds that they may dissuade voters on the West Coast. In a nation with a robust belief in freedom of speech, calls to muzzle media for the sake of protecting the integrity of the vote won’t go far. But election silence has a logic beyond ensuring that West Coast voters still show up to the polls: It could also temper election fear and anxiety caused by endlessly refreshing results in the hopes of seeing something new or different.

The sense of immediacy associated with constant updates is, arguably, one reason why people were so anxious about the possibility of prolonged results with no clear call on election night. They have been acculturated to a call—any call, even a bad one—on election night, rather than having to wait days or even weeks. That’s a relatively recent development that has been exacerbated by the 24-hour news cycle, but it doesn’t have to be that way. As mainstream news organizations convene to assess the quality of their coverage, they need to consider the quantity as well. Manipulative displays of results serve no one except the executives protecting their salaries. Voters might be better served by a radical rethink of the way we report on and talk about election results, and a cautious slowdown and return to more measured reporting might serve to deescalate the frenzied spectacle of contemporary politics. The only question is who will go first.

Read this Next: Trump is Treating the Election As His Own Terrible Reality TV Show 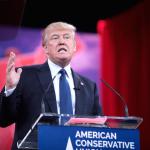 by Veronica Arreola
On The Apprentice, contestants were rewarded for bad behavior and putting profit over all. Now Trump brings those shady ethics to the campaign trail.