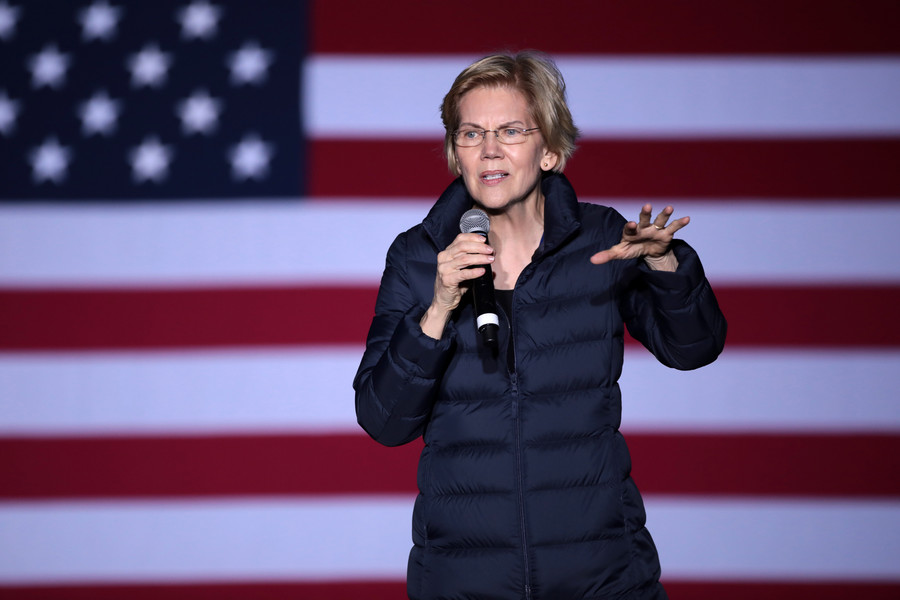 On Thursday, March 5, my phone began lighting up with messages from the women in my life sharing their heartbreak and anger over Elizabeth Warren’s decision to drop out of the presidential race. How could Warren’s campaign end without a single state victory? they wondered. How could such a competent, experienced, and qualified woman fail to make inroads in a race that seemed primed for her progressive leadership? How did this happen again? Why had this happened again?

I volunteered for Warren’s campaign because I believed in her candidacy. I felt inspired and motivated by her progressive, intersectional vision and her concrete plans and intellectual capacity to make that vision a reality. I trusted the incredible Black women, including the organizing collective Black Womxn For and surrogates like Jamilah Lemieux and Leslie Mac, on whose expertise and established leadership she relied, who pushed her to be even more intersectional in her analysis: Take Warren’s detailed plan to curb Black maternal mortality rates for instance, which addressed both the systemic and individual racism that Black people face during their pregnancies. I thought, simply, that Warren was the best candidate in this race, and possibly the best candidate of my lifetime.

No other leading candidate, in this race or in any preceding election in which I’ve voted, has addressed the intersecting sets of oppression that limit marginalized people’s progress and, rather than simply providing token words of support, offered concrete plans to dismantle that oppression. From abortion rights to student-loan debt, Warren really did have a plan for everything, and the way she explained those plans made them feel accessible and tangible. But as Warren’s candidacy progressed, there came a point when I knew, deep down in my feminist gut, that she would lose. I also knew why: the double bind of misogyny. After her March 5 announcement, reporters asked Warren whether sexism played a role in her campaign’s demise. “You know, that is the trap question for women,” she replied. “If you say, ‘Yeah—there was sexism in this race,’ everyone says, ‘Whiner.’ And if you say, ‘No, there was no sexism,’ about a bazillion women think, ‘What planet do you live on?’” Predictably, Warren’s critics on both the left and the right insisted that her gender wasn’t the cause of their rampant problems with her candidacy.

Some, like Cathy Young, argued that claiming misogyny is present at all is itself a sexist barrier. Yet plenty of social-media users responded to the onstage argument between Warren and Bernie Sanders at the Iowa debate by responding to tweets about her with bright-green lines of snake emoji, symbolism whose gendered history of implying that women politicians are cunning and calculating is impossible to ignore. And political pundits across cable news networks labeled Warren “unlikable,” unpacking her every eye twitch, hand gesture, and debate utterance. She was called a liar, a fraud, a fake, and even, absurdly, a Republican. She was too emotional or not emotional enough. She was too establishment while also being too inexperienced. She wasn’t authentic. She wasn’t electable. She was too radical and yet too conservative. She was an elitist professor and an uptight schoolmarm. She was criticized for having the audacity to run at all.

As laughable as many of these critiques are, they also reveal the perniciousness of the sexism that pits women presidential candidates against an impossible wall of opposition, sandbagging their candidacy before they even articulate a platform. No woman, no matter how qualified, has managed to evade that trap; furthermore, they can’t truly acknowledge its existence. As Warren noted, even mentioning sexism as an obstacle to women’s candidacies is forbidden—which underscores misogyny’s ability to mask itself in the guise of “honest criticism.” (After all, the overpowering, and often conflicting, critiques that Warren received on a daily basis weren’t directed toward her because she’s a woman, so how could they be sexist?) The insidiousness of misogyny is that it creates an impenetrable barrier to women’s power and authority while simultaneously blaming women for failing to overcome it.

And though sexism isn’t solely responsible for Warren’s loss, the efforts—whether by media personalities or random Twitter accounts—to insist that it wasn’t a factor at all is easily recognizable as an attempt to gaslight people all too familiar with how misogyny works—both for candidates, and for those covering electoral politics. Following her excoriation of Michael Bloomberg for his misogynistic comments and credible accusations of sexual harassment during the February 25 debate, Chris Matthews interrogated Elizabeth Warren about how she would possibly believe that Bloomberg would do exactly that of which she accused him. She recounted her own experience with pregnancy discrimination, but Matthews, true to style, continued to talk over her, peppering her with questions. Finally, he asked point blank: “Why would he lie? Just to protect himself?” Warren remained resolute. “Yeah. Why would she lie?”

Though sexism isn’t solely responsible for Elizabeth Warren’s loss, the efforts—whether by media personalities or random Twitter accounts to insist that it wasn’t a factor at all—is easily recognizable as an attempt to gaslight people all too familiar with how misogyny works.

Days later, journalist Laura Bassett wrote at GQ about the pattern of inappropriate behavior she’d experienced from MSNBC’s Chris Matthews. The veteran Hardball host, who is four decades older than Bassett, allegedly told the makeup artist prepping Bassett for an appearance on the show to “keep putting makeup on her” because he’d “fall in love with her.” The comment was both cringeworthy and deeply inappropriate and Bassett wrote that “it undermined my ability to do my job well.” The effect was clear: Matthews’s offhand remark served to demean Bassett, reducing her to a pretty face rather than an intellectual partner, and making it clear that he was in control. Three days after Bassett’s piece was published, Matthews resigned from MSNBC in a dramatic on-air mea culpa. Meanwhile, Bassett’s brave disclosure led to the dual rancor of misogynistic and derisive anonymous Twitter replies and establishment kowtowing to Matthews as a “legend” who flirted with women, so what?

Bassett’s been met with vile misogyny and horrendous death threats across social media because she dared to tell the truth about what happened to her and how it made her feel. It looked an awful lot like what happened to Warren during this election cycle; both of these women were ensnared in misogyny’s double bind. At one point, five women were vying for the nomination, including Kamala Harris, who would’ve been the first Black and Indian American woman nominee of any major party. For Harris, it wasn’t just the double bind of misogyny, but the triple bind of misogynoir, that ensnared her candidacy. Her authoritative debate performances and the detailed plans she herself promoted (including a strong plan to curb abortion restrictions and promote reproductive rights) fell by the wayside as she faced criticism for her previous role as Attorney General of California, dismissed by some as “a cop.” She was subjected to bot attacks, pilloried for her previous relationships, and accused of “sleeping her way to the top.”

Hillary Clinton’s 2016 loss might have sealed the fate for any woman running in 2020. Too much fear of women’s “unelectability (despite Hillary Clinton roundly winning the popular vote),” combined with a powerful need to topple the increasingly autocratic regime of the current  White House, may have doomed Warren—and all the women who ran in the Democratic primary—from the start. The lingering effect of 2016 wasn’t just the loss of a Democrat to an electoral process marred by interference, but the erosion of belief in the possibility of a woman as this country’s leader. Whatever you think of Clinton, the only woman that has ever been a major party’s presidential nominee lost to a raging misogynistic charlatan, and four years later we as a society have done little to reckon with it. Women may still be running, but they won’t get far if we don’t acknowledge the role of sexism in their losses.

In the meantime, the Democratic primary has come down to two white, male septuagenarians. One is a progressive and the other is an established centrist. And yet everyone seems to be asking––insisting!––that Warren, whose candidacy was derailed just days ago by the very dynamics that winnowed the most diverse Democratic field in history, to endorse one of them. If she does, she’ll be hated by half of the electorate, no matter who she chooses to support. If she doesn’t, she’ll be labeled a sore loser, the reason that a man’s candidacy failed. In other words, no matter what Warren decides, she’ll be trapped in that double bind once again.

Read this Next: Primary Care 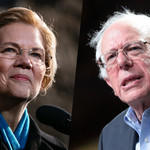 by s.e. smith
The grueling runup to the 2020 election is a good example of the dysfunction that makes reform feel urgent and necessary.