Give Elliot Page—and All of Us—the Rightful “They” 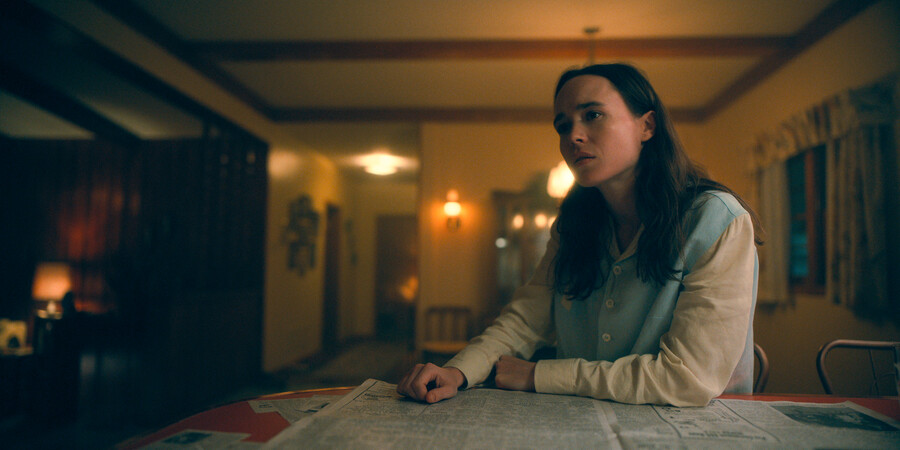 On December 1, longtime queer actor-activist Elliot Page of Juno (2007), Inception (2010), and most recently Umbrella Academy (2019), came out as trans, writing a heartfelt letter shared across social media: “Hi friends, I want to share with you that I am trans, my pronouns are he/they and my name is Elliot. I feel lucky to be writing this. To be here. To have arrived at this place in my life.” Online, Page received widespread, enthusiastic support from celebrities and fans alike. And just as quickly, queer and trans social media users entered the scene, doing damage control in the face of media-deadnaming, circulating posts about basic etiquette, and, of course, making new and improved memes. Yet this widespread conversation seemed to overlook and exclude Page themself. Outlets and individuals alike extolled his courage while leaving the rest of their truth at the margins.

When Page decided to use he/they pronouns, he joined a diverse and growing cohort of multipronoun users. According to the 2020 Gender Census, a grassroots project conducted by nonbinary activist Cassian, about one-third of trans and nonbinary (TNB) respondents are happy with two sets of pronouns. More than 10 percent were happy with three or more. “I enjoy having both in my life to represent me,” Ashtyn Jaux Decker, a PhD student who uses he/they pronouns, told Bitch. For Decker and others, the opportunity to use multiple sets of pronouns affords a much-desired sense of nuance and flexibility, backed by reasoning as diverse as multipronoun-users themselves. For example, nonbinary writer and editor Isaura Ren, who began using they/she pronouns this year, uses them to allude to a “distant” relationship with gender, mediated by their lesbian identity. “I relate most to womanhood as it relates to lesbianism, but…lesbians are not always women and certainly not always cis,” Ren told Bitch. A multiplicity of pronouns best articulates Ren’s complex relationship to womanhood: With a preference for “they” over “she,” Ren uses multiple pronouns to express gender multiplicity: “I don’t feel particularly connected to womanhood…but I still refer to myself as a woman and a lesbian. Both of these things can be true. If that makes others uncomfortable, that’s their problem to work through, not mine.”

As Ren suggests, adding “they” is both a political and politicized choice, especially in a world where binary identities––cis and trans––are deemed more representable than their nonbinary counterparts. Beck Banks (she/they/he), a PhD candidate in media studies at the University of Oregon, grew up being called both “he” and “she.” They added “they” after “getting the language [to] recognize” their trans identity. While open to all pronouns, Beck often selects “they” as a visiblizing strategy: “I pick they whenever I use my pronouns in print for the social and political emphasis and for visibility.” Likewise, Patrick Button* (he/they) added “they” “after becoming more aware of nonbinary people and identity,” and realizing that they were “somewhere on the nonbinary spectrum, between (cis) male and nonbinary.” Multiple pronoun sets also work to affirm uncertain and fluid relationships to gender, allowing for what Banks calls “more nuanced gender identity…working in ways our language doesn’t yet encompass.”

Much as they reflect TNB complexity, however, multiple pronouns are also especially vulnerable to erasure. Multipronoun users, Page included, face something of a visibility paradox, one most apparent in the pronouns left unsaid. In their coming-out letter, Page chose not to classify his identity beyond claiming “trans,” and presented “he” and “they” pronouns as equally-viable reference. This nuance is crucial for those like genderfluid disability activist Annie Segarra (she/they), whose relative comfort with gendered terms changes frequently. “I felt that for some people, [Elliot’s ‘they’ pronouns] went completely forgotten,” Segarra says. Instead, some “only use[d] he, and referr[ed] to him as a trans man.” According to Ren, this is symptomatic of “an innate urge to think in binary terms…for those unacquainted with the nuances of gender identity and expression.” Celebrities with access to biomedical transition, from Laverne Cox to Caitlyn Jenner, have dominated media narratives about what trans identity can look like, normalizing an image of trans both binary and medicalized. Rather than a fluid, felt identity or political category, trans identity has been represented as a diagnosis, treatable by hormones and surgeries. Movement from one gender to its imagined “opposite” comes to stand in for an entire landscape of gender experiences. After all, “in truth, there are no opposites.”

This has also conferred a false sense of fixity, erasing the ways in which gender might fluctuate over the course of a day, week, or lifetime. As a result, Ren says, “Many media outlets and people on social media have taken ‘he’ and ran with it” at the expense of the “nuance and multiplicity” multiple pronouns reflect. In other cases, rather than being binarized, one’s TNB identity might be erased entirely––especially when one retains the pronouns associated with their assigned gender. Button, who was assigned male at birth and does not intend to pursue biomedical transition, notes that while others have noticed the recent addition of another pronoun, they “haven’t heard people using [their] ‘they’ pronouns.” I, assigned female, had a similar experience early in my own gender-exploration after beginning to use “she/they.” This was 2014, an even sparser period for trans media representation; nonbinariness was virtually absent from the public discourse and they/them pronouns required lengthy and uncomfortable explanation. As I began to tell others about my pronouns, I grew nervous that my “they,” if seen at all, would be understood as irrelevant so long as “she” was available. Then, as now, I (they/them) was vindicated: being then-“pretransition,” wearing clothes marked as feminine, and having the name “Sarah,” I wouldn’t be “they’d” unless I demanded it.

As Page continues “to pursue [their] authentic self,” we owe them and others the right to creative complexity without fixed or simple truths.

This kind of erasure is especially severe as it manifests along lines influenced by race, ability, size, and other marginalities. For Segarra, being disabled means “often hav[ing] [their] physical or fashion expression dictated by [their] disabilities” and not having access to biomedical transition. As a result, people outside Segarra’s circle of close friends tend to use “they” “a lot less than [they’d] like.” Rather than defaulting to she/her in the face of multiple options, they wish that more people to “check in” on their pronoun preference for a given article or situation. Segarra has similar desires for media coverage of Page’s coming out: “I’d like to see [Page’s pronouns] used more interchangeably, especially in a piece that is all about them.” Segarra encourages outlets to make “some very clear statement that he uses both [sets of] pronouns,” even if one set remains unused for the sake of clarity. Echoing this, Ren advises seeking clear consent when unsure of someone’s pronoun preference. “A casual, well-intentioned ‘hey, would you like me to alternate your pronouns or just stick to X?’ goes a long way” in centering the autonomy of TNB people, especially those who are multiply-marginalized.

As a public figure celebrated for their authenticity and community activism, Page’s coming out promises to further increase trans visibility in the public conversation. It is critical that this conversation not avoid questions of autonomy, consent, and often-unresolvable ambiguity, all of which are crucial in respecting trans lives in all their contradictory wholeness. As Page continues “to pursue [their] authentic self,” we owe them and others the right to creative complexity without fixed or simple truths. When he came out, Elliot Page initiated a long-needed public dialogue around multiple-pronoun use: let’s do them the honor of responding with questions, with openness, and with generosity. The possibilities are limitless.

Read this Next: Validating Hardship 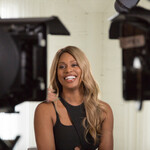 by Niko Stratis
It’s a noteworthy watch considering the way that films prior have represented trans people.