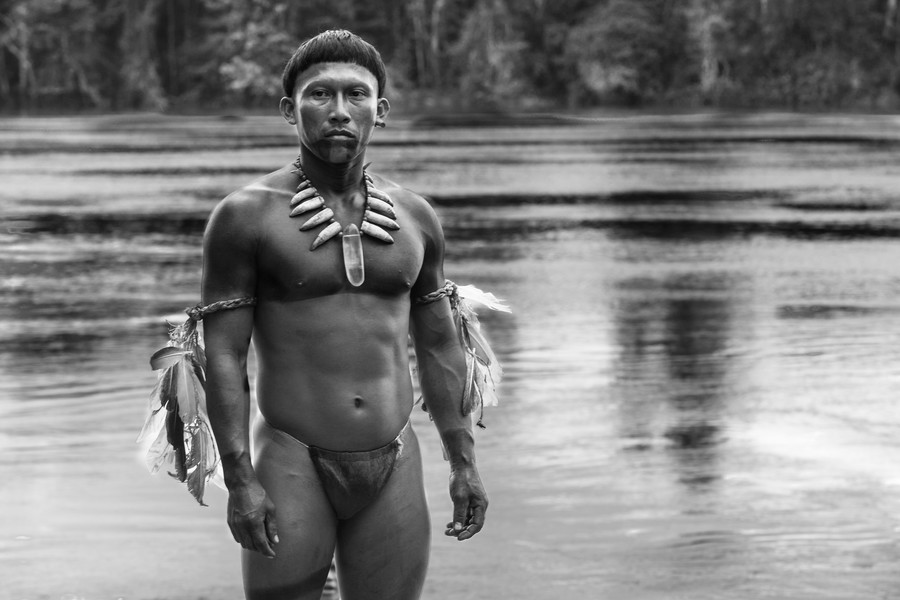 When news of the Amazon burning went viral a few weeks ago, it became glaringly obvious that this was the first time that indigenous residents of the region were getting a mainstream platform where their voices could be heard on the subject of climate change and its disastrous effects. Unfortunately, this is symptomatic of a larger trend: Even though socially and economically marginalized people are the first to be affected by climate change, they are often the most ignored voices in the fight against it. This is particularly true for indigeneous people, who are often some of the most marginalized. Capitalism has appropriated and decimated indigenous land for generations, and though native residents have protested this systematic land-grabbing over and over, mainstream attention only arrived when its effects began encroaching on the white world.

As the Amazon continues burning at an accelerated rate, non-indigenous people are finally waking up to the tremendous unsustainability of using indigenous land for agricultural and industrial activities. But it’s not enough to simply, finally accept the obvious danger of slash-and-burn fires meant to cheaply make room for cattle ranches, palm-oil plants, and more. To redress the damage that capitalistic land use has already wrought on the planet, we must prioritize a sustainable relationship with the Earth—the kind that has been practiced by indigenous people for generations. Otherwise, everyone loses.

Understanding how we might enact such relationships is complicated because we have little frame of reference for them. The indigenous residents of Brazil’s rainforests have been protesting the brutal seizure of their lands for decades, but both their numbers and their activism has remained largely invisible in mainstream media. Indigenous people globally have been represented mostly as tropes—noble savage, native warrior—that have become familiar in western cinema. Iterations of Pocahantas still permeate American comedies like The Ridiculous Six or Unbreakable Kimmy Schmidt, both of which acknowledge historical stereotypes of indigenous American yet insist that their narratives are “in on the joke” and thus inoffensive.

Documentaries like the Canadian series First Contact, meanwhile, offer little respite, usually perpetuating dangerous us-versus-them stereotypes that serve the colonial gaze characteristic of traditional indigenous ethnographies. And indigenous filmmakers themselves are most often relegated to film festivals and art-house circuits where their work joins the “niche cinema” of marginalized people without ever seeing the big budgets that actually enable visibility. This reality makes films like 2015’s Embrace of the Serpent even more crucial for global audiences to see.

The first Colombian film about indigenous people to be both shot by a Colombian director (Ciro Guerra) and to feature indigenous actors, Embrace subverts the colonialist-adventure narrative by presenting the experience of a white man on Amazon land not through his eyes, but through those of the people he’s exploiting. Embrace tells the story of Karamakate, a shaman in the Amazon who, in the film’s first part, agrees to help an ailing German ethnographer named Theo find a cure for his disease. Despite Karamakate’s deep resentment of white people—he believes they are responsible for wiping out his tribe—he leads Theo and his local companion, Manduca, on a search for the Yakruna, a (fictional) plant that’s known locally to have healing properties. Along the way, the trio sees firsthand the destruction wrought by capitalism and colonialism: Among those they encounter are a priest who beats the indigenous pupils in his care and refuses to let them speak “pagan” languages, and an indigenous inhabitant of the forest who begs to be killed so he can escape the hell that rubber barons have unleashed upon his life.

Forty years later, Karamakate finds himself reliving the journey when an American explorer named Evan, after reading Theo’s ethnographic accounts, seeks out Karamakate in hopes of gaining his own access to the Yakruna plant. Shot in the style of early ethnographic films representing “tribal people,” Embrace of the Serpent is a decidedly political film. Though it’s rife with symbolism, it’s also not a film that operates only through visual suggestion. At various points, Karamakate explicitly calls out white colonizers for their inability to live harmoniously in nature, even prophesying (ominously and accurately) that “[O]ne day they will finish all the food in the jungle.” In contrast, we see the disciplined relationship Karamakate has with the Earth through a series of self-imposed prohibitions that include not cutting trees at their root and eating meat and fish only at certain times of the year. The latter serves as a pointed reminder that there’s a way to live omnivorously, as humans have done for millenia, without disrupting the natural cycles of the earth: We’d know how to do that if we just took what forest-based communities have been doing for centuries seriously.

The very fact that the entire film is in Karamakate’s language is a reminder that it’s not enough to tell indigenous people’s stories, but that we need to hear them on their own terms, in their own tongues.

Guerra was deliberate in listening to indigenous people in their own words, rather than via white colonialist anthropologies: To counter the ethnographic perspective in the journals that acted as his source text, he worked with indigenous people from Southern Colombia to piece together the film, respecting their qualms about representing real plants and rituals by fictionalizing most of these details in Embrace. This intentional centering of indigenous voices comes through in the narrative as well. The choice to tell not one but two stories of white men entering the forest at different times in Karamakate’s life speaks to how many indigenous groups see time “… not [as] a line, as we see it in the West, but a series of multiple universes happening simultaneously… This idea of a single life, a single experience, lived through the bodies of several men… gave us a perspective of the indigenous way of thinking, but also connected with the viewer who could understand these men who come from our world, and through them, we could slowly begin to see the vision of the world of Karamakate.”

This is an important choice. While the two white men act as stand-ins for “our” world, the film is ultimately shot as Karamakate sees the world. The very fact that the entire film is in Karamakate’s language is a reminder that it’s not enough to tell indigenous people’s stories—we need to hear them on their own terms, in their own tongues. Embrace of the Serpent came out to nearly universal critical acclaim: After doing the rounds of high-profile festivals from Cannes to Sundance, the film finally found a mainstream audience when it was nominated for Best Foreign-Language Film at the 2016 Academy awards, becoming the first Colombian movie ever to receive that honor. This allowed the film—and Guerra—to reach a much wider audience. Embrace became available on streaming services including Vudu and Amazon Prime soon after, and in 2017 Netflix tapped Guerra to direct an original crime thriller set in the Amazon. (Green Frontier is available on Netflix now.) He’ll soon be making his Hollywood debut as well.

This is important. Guerra’s access to bigger (and more) screens allows stories like Embrace to be not just be told, but to actually be heard by people who can help enact change. There’s a moment in the film  when Manduca and Karamakate tussle over the ethics of sharing knowledge about Yakruna with a white man. Manduca’s argument—“If we can’t get the whites to listen it will be the end of us”—rings with even greater urgency right now. As the Amazon continues to burn, it is becoming more and more crucial that films like Embrace, where indigenous voices are given real representation, find success in the mainstream. While listening to the voices of a people exploited and oppressed for centuries has always been important, right now the fate of the entire planet depends on it. Communities who have lived off the land for centuries are by far the best equipped to help those who haven’t renegotiate their relationship to nature as one that’s sustainable and equitable. Without media representation that makes this relationship visible, our planet is going to burn, slowly but surely—and soon enough, there will be no Karamakates left to help us heal.

Read this Next: The Heart of Whiteness 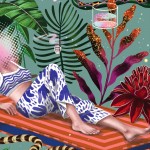 by Bani Amor
Only in our current capitalist system is wellness considered a luxury.