A Woman Hasn’t Won a Writing Oscar in 13 Years. That Could Change on Sunday. 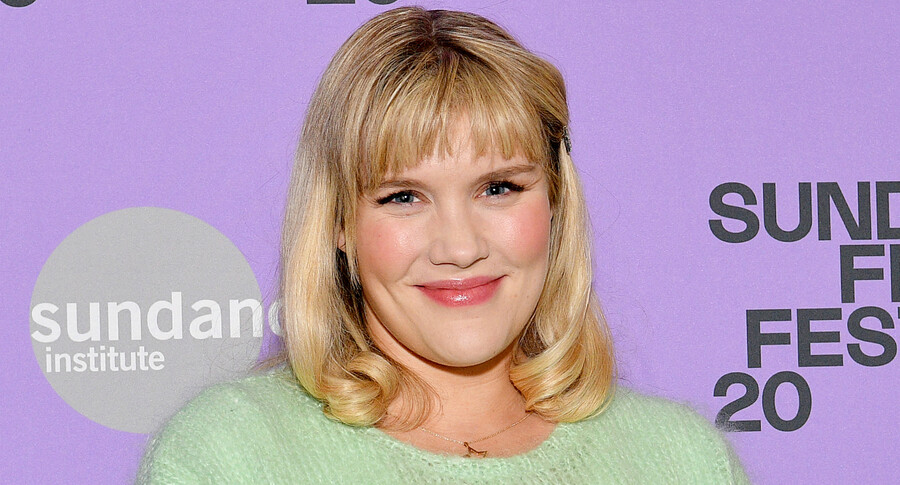 The 2007 Academy Awards’ futuristic stage was adorned with three large pillars—some 25 feet in diameter—superficially holding up the Dolby Theatre. Within the stage’s center, an equally large Oscar statue loomed over the diminutive presenters like a god demanding hecatomb. Throughout the evening, celebrities weaved through the stage, including winners Alan Arkin, Helen Mirren, Forest Whitaker, and Martin Scorsese, the latter of whom’s cop-and-mob film The Departed (2006) would go on to win four statues that evening. But something happened in the middle-pack of the awards—more “popular” than sound editing, less “popular” than original score —an unsuspecting former exotic dancer and first-time screenwriter, Diablo Cody, won Best Original Screenplay for her freshman film, Juno.

Cody was fundamentally unexpected, coming to the ceremony in rhinestone skull earrings, a gauzy leopard-print dress, black nail polish, and a dark-black banged bob that could effectively be described as crisp. Ascending the stage, she grasped the award and lamented: “What is happening?” She proceeded to look down at the Oscar, look back up at the crowd, and say “This is for the writers.” Spectators believed Cody would usher in a new generation of “unorthodox” women writers, but, unknown to Cody and the writing world at large, this was the last time a woman would win the award. Instead, a female screenwriter hasn’t won an Oscar since George W. Bush was in office, with 24 consecutive gold-plated statues handed to men. This means if neither Chloé Zhao (Nomadland) nor Emerald Fennell (Promising Young Woman) take home either Original Screenplay or Adapted Screenplay, respectively, at the upcoming Academy Awards, teenagers entering high school this fall will have never seen a female writer win.

Historically, nepotistic pomp like the Oscars hasn’t equated to definitive worthiness, but the repercussions of invisibility are horrifying. According to the Washington Post, the number of female nominees for screenwriting, unlike any other category, is shrinking. While other nongendered categories are seeing growth in representation—increasing from 18 percent in 2006 to 30 percent in 2020— female screenwriters saw a decrease from 25 percent in 2006 to 20 percent in 2020.  In an interview with the Washington Post, Terri Boyer, founding director of the Anne Welsh McNulty Institute for Women’s Leadership at Villanova University, said, “It’s a vicious cycle, not seeing women [on the podium] leads to them not getting opportunities, which leads to not seeing women [on the podium] again.” According to the Washington Post, the found “the share of female screenwriters on all theatrical movies slipped from a lowly 14.1 percent in 2011 to an even lower 12.6 percent in 2017.” In contrast, the number of female directors (also 12.6 percent) has increased 300 percent since Kathryn Bigelow’s 2010 Best Director win for The Hurt Locker.

Though an increase in women directors is a remarkable and necessary evolution, it’s often weaponized as a Band-Aid for an institutional problem. To many, the writer and director often crossover and are therefore interchangeably described as the storyteller. But, numerically, one can assert that an increase in women directors doesn’t equate to an increase in women storytellers. And while media outlets are quick to report the emergence of a new woman director, writers rarely make news and are intrinsically put into a subordinate position. This further perpetuates an issue for writers derived from “the director-ownership model. When speaking about films, it’s traditional to include the name of the director—a Scorcese film, a Spielberg flick, a Woody Allen movie. Rebecca (1940), which earned 11 Oscar nominations and took home a Best Picture and Best Cinematography award, is regarded as a Hitchcock film, despite being adapted from Daphne du Maurier’s original work and rewritten for screen by Joan Harrison, the first woman to win an Academy Award for screenwriting, and Robert E. Sherwood.

Writers such as Jeanie MacPherson, who wrote most of the profitable films credited to director and Hollywood tycoon Cecil B. deMille, have been all but forgotten. Meanwhile, deMille is described as “a founder of the Hollywood motion-picture industry” and is the namesake for the Cecil B. deMille Award of Excellence presented annually at the Golden Globes. Paradoxically, deMille’s mother, Eve Unsell, who taught Alfred Hitchcock everything he knew was later regarded as an erasable footnote by Hitchock himself. She was left uncredited in his memoir—only to be known as “a middle-aged woman.” Even worse, these titans set a precedent by often discrediting writers’ work during interviews. This became standard practice—if the writer was mentioned at all. “The [director-ownership model] destroyed writers, even great men, like Preston Sturges [the first-ever winner of the Academy Award for Original Screenplay], had to become directors to protect their words and characters,” Rosanne Welch, PhD, screenwriting historian and former Beverly Hills 90210 writer says. “No one was safe.”

And yet, Welch notes “If directors went on strike, the industry could continue. When writers go on strike, the city shuts down.” Treat the backbone of a film like garbage, and they’re sure to revolt. The Writer’s Guild of America (WGA) has gone on strike on multiple occasions, simultaneously shutting down Tinseltown in 1960, 1981, 1988, and, recently, 2007–8 when all 12,000 WGA members stood fast. They demanded healthcare, casting consultation, and increased pay compared to studio profits, albeit with poorly written strike slogans. Of course, the irony was well noted. Even with incremental change, no WGA strike has prioritized women or people of color, and when concessions are made, they predominantly benefit the 75 percent male and more than 89 percent white WGA members. These minor placations satiate most working writers (white and male), dissipating the strike’s strength and leaving little space for women to make their advancements. And, once the town is up and running again, writers are pushed back down the ladder. Simultaneously, women writers are then herded back into churning out profitable chick-flicks, which often have low budgets, straightforward plots, and basic characters.

If neither Chloé Zhao nor Emerald Fennell take home either Original Screenplay or Adapted Screenplay, respectively, at the upcoming Academy Awards, teenagers entering high school this fall will have never seen a female writer win.

Hollywood is, at its core, a business—a $136 billion business—where resources are given to women writing “lady” stories with return-on-investment potential. A quick assessment of the women Oscar winners of the last 30 years (save for Fran Walsh’s Lord of The Rings: Return of the King, which she cowrote with husband Peter Jackson) and their associated scripts see a clear monetary and award-worthy theme: sex and romance. Namely, white women, sex, and romance—an eye-roll considering the 84 percent white and 68 percent male members of the Academy of Arts and Sciences who maintain the power to define success. Sofia Coppola’s Lost in Translation (2003 Best Original Screenplay) introduced Scarlett Johansson through a still shot of see-through, yet infantilized, panties, and she later becomes intertwined with a Hollywood has-been. Callie Khouri’s Thelma and Louise (1992 Best Original Screenplay), whose feminist fuck-the-world attitude, is a sex anthem for white women. Juno (2003 Best Original Screenplay), focused on its protagonist’s early sexual experiences.

Even Sense and Sensibility, which awarded Emma Thompson Best Adapted Screenplay in 1996, focused on the repressed sexual desires of women hidden behind the mask of nuptials. The only women Original Screenplay nominees in the last decade were Kristen Wiig’s Bridesmaids (2011) and Greta Gerwig’s Ladybird (2017), white roman films good enough to be nominated, just not good enough to win. Even if—the proverbial if —Fennell or Zhao wins in 2021, there’s no precedent that they’ll continue working in movies and writing award-winning scripts. Unlike Woody Allen, who has been nominated 16 times for writing, none of the past winners in the last 30 years established careers in feature films. Instead, winners such as Cody and Khouri migrated to television—Fennell’s traditional wheelhouse—where directors are hired weekly and where the writers own the narrative.

After scratching their way into the industry, and staring straight into the institutional barriers, women writers abandoned the silver screen, hoping to gain some semblance of autonomy in television. While the outlook is notably bleak, production firms such as LuckyChap and founder Margot Robbie, who produced Promising Young Woman (2020), are trying to create avenues for young female writers where they, myself included, aren’t intimidated or harassed out of their careers. “You look at the statistics of male versus female directors, male versus female writers, etc., and there’s so much to be done,” Robbie told the Hollywood Reporter in a recent interview. “You can’t just sit there and do nothing when you hear those stats…. It’s not just about creating a lane for people, it’s about writers telling the stories they want to tell.” Maybe soon, non-sex films written by BIPOC women can stand a chance and birth long, successful careers.

Read this Next: Great American Nowhere 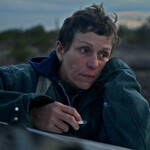 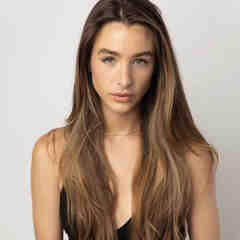 Alexis is a freelance journalist and former environmental economist/sustainable finance data scientist who focuses on sensational social phenomena and the forces that allow them to happen. After throwing the ring of power into Mount Doom, Alexis saved the world. No one knows because she refuses to post it on the ‘gram.  Find her on Twitter @alexisdschwartz