In Emma Dabiri’s “Twisted,” Black Hair Is a Pathway to History | Bitch Media

A Multifaceted BeautyIn Emma Dabiri’s “Twisted,” Black Hair Is Both Historic and Personal 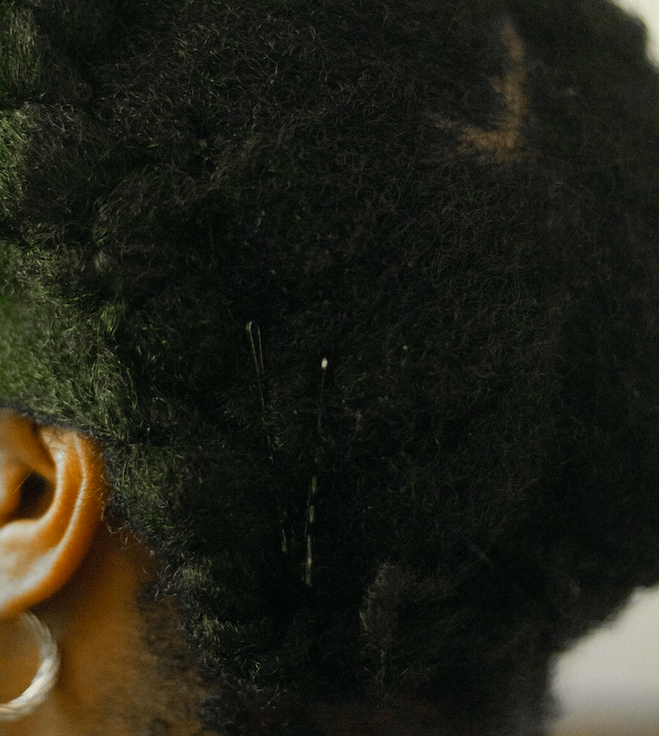 In her new book, Twisted: The Tangled History of Black Hair Culture, journalist Emma Dabiri of Don’t Touch My Hair (2019) reveals that she has always had an intense and active relationship with Black history. In the opening essay, “It’s Only Hair,” Dabiri recalls that at age 8, as her peers were busy preparing for their first communion, she spent her time creating an anti-racist pamphlet titled “Break the Chains.” Based on the story of an 18th-century abolitionist, the project aimed to expose the brutal conditions that enslaved African people experienced in Europe and America, and propose solutions for how both countries should move forward. In Twisted, Dabiri describes the exercise as a “nice and light, standard childhood affair,” adding that such projects were not out of the ordinary for her as a child, thus illustrating the driving force behind this book, which proves just how deeply Dabiri has thought through the history and impact of Black hair.

Throughout Twisted, Dabiri, who was born to a Nigerian father and Irish mother and raised in Ireland, uses her hair as an entry point to a broader conversation about her time in school, her friendships, and her relationship with her family. But the collection of essays is more than one woman’s personal feelings about her hair: Twisted is just as much a comprehensive historical account of Black hair as it is a contemporary look at the way that Black hair has been continually demonized in the West. While the collection seeks to cover a lot of ground, what binds the narrative is Dabiri’s thoughtful critique and consistent voice. Whether she’s discussing Black hairstyles during the Harlem Renaissance, covering the natural hair movement in Europe and the United States, or questioning Kim Kardashian’s own foray into braids, Dabiri remains honest, charmingly self-deprecating, and forward thinking.

While Twisted certainly shares a similar outlook to other recently published books about Black hair such as Ayana Byrd and Lori Tharps’s Hair Story: Untangling the Roots of Black Hair in America (2001) and Ebony Flowers’ Hot Comb (2019), Dabiri’s ability to consistently ground her sociological and historical analysis with her own personal experience makes this collection stand out. In the book’s second chapter, for example, Dabiri critiques the ways that women’s fashion magazines have historically categorized Black natural hair: “Magazines have got the woke memo but, as recently as 2007, Glamour magazine editor presented a slideshow of dos and don’ts of corporate fashion and a prominent don’t was a picture of a Black woman with an Afro. It was accompanied by the editor’s exclamation that though she meant no offense, ‘political’ hairstyles just had to go.”

While the historical accounts help to contextualize mainstream depictions of Black hair today, Dabiri’s prose shines most in personal accounts that depict her ever-expanding conceptions of beauty standards and racialization for Black women. In one essay, Dabiri writes that Irish nuns, and particularly those who took missionary trips to Africa, admired her as a child, and would often marvel openly at the state of her hair or her teeth. In another essay, the author describes the first time she chemically relaxed her hair in vivid detail, recalling the atmosphere of the salon, the smell of the chemicals burning her scalp, and the odd feeling of her newly flattened hair falling down her shoulders. In these anecdotes, the racialized history Dabiri theorizes on powerfully comes to a head via direct examples from her own experience.

Dabiri’s analysis also shines in its unexpected critique of today’s natural hair movement in an international context. The writer explores the history of Black hair in her father’s home country of Nigeria, as well as in the United States, the United Kingdom, and other parts of Africa and Latin America. “I am often often struck by the points of shared experience between Black women and our hair, despite the fact that we might be continents apart,” Dabiri writes. Her analysis illustrates the ways that colonialism has robbed Black people of positive associations with their hair and insists that making the choice to change the often derogatory language used when talking about Black hair—coarse, nappy, untamed—is an important step in reclaiming that lost dignity. 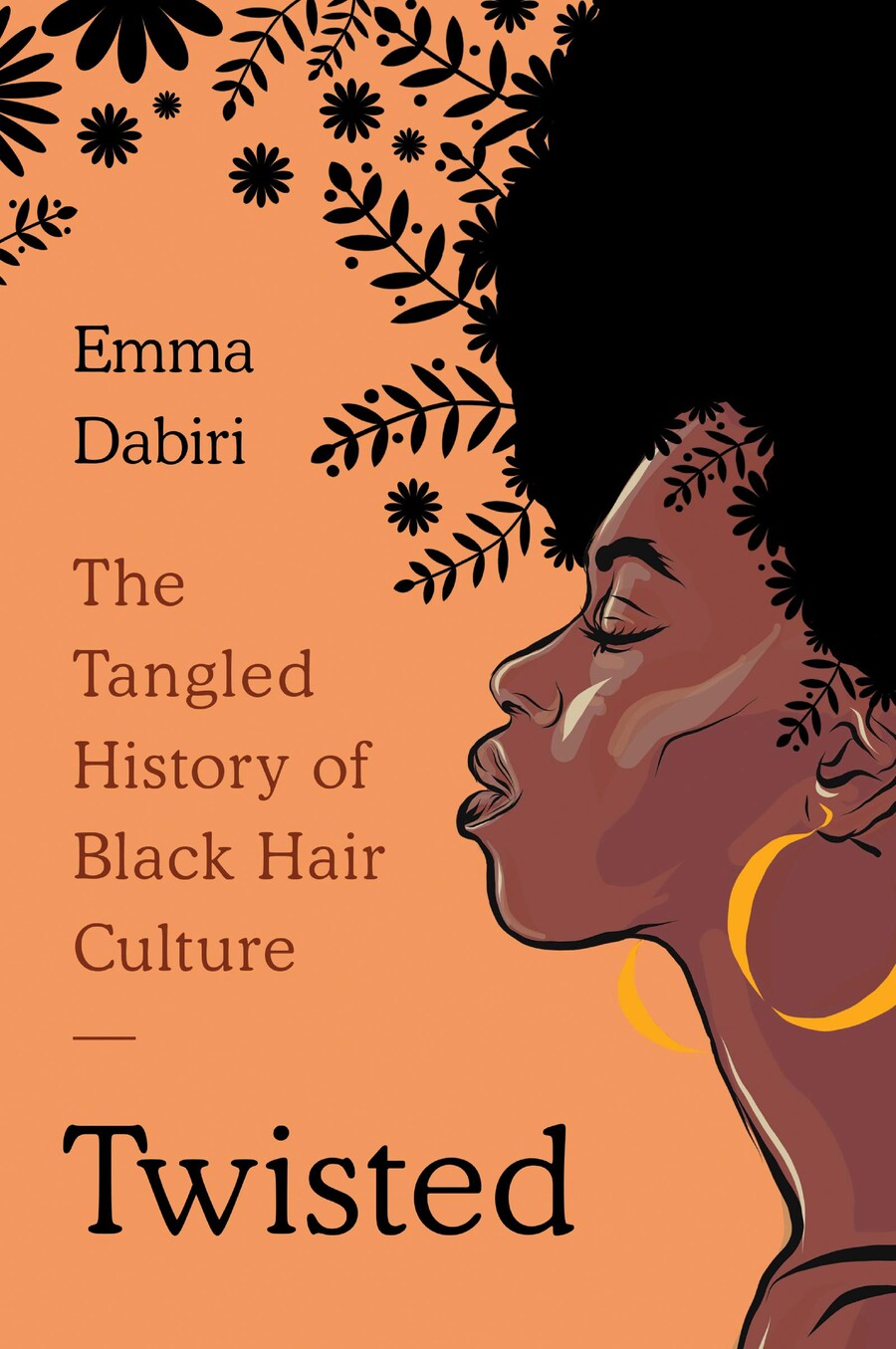 Dabiri further provides a critical comparison between the recent natural hair movement in the West and the one that took place in the 20th century and argues that the culture of natural hair practiced by the Black Panthers in the 1960s and ’70s was far more radical than ours today. Dabiri’s sources throughout the book are richly diverse, ranging from testimonies of escaped slaves to histories from the Black Women Oral History Project in the mid-1900s. According to Dabiri, while some Black women with natural hair concentrate on twist-outs and slicking down baby hairs (hairstyles that, she argues, implicitly emulate European hair textures), the picked out ’fros of the ’70s were far more about the rejection of beauty ideals and, crucially, capitalism.

Adding to the international perspective is “It’s Only Hair,” an essay in which the author writes on her experience growing up Black in Ireland: “As a Black child with tightly coiled hair growing up in an incredibly white, homogenous, socially conservative Ireland, I remember being told that I was ‘lucky I was pretty,’ which meant that I could ‘almost get away with being Black.’” She explains that her tan skin was often overlooked, but her “coarse” and “kinky” hair was always considered “unforgivable.” Later in the essay, she explores the way that Black hair was used to dehumanize people, adding that it has historically been more often compared to the wool of an animal than the hair of white people. Dabiri further complicates the relationship between Black hair and beauty in a later essay when describing its cultural appropriation by white celebrities, focusing, for example, on the Kardashians, who are applauded for curling and braiding their hair, which Black women are penalized.

In this way, Dabiri manages to meld the personal, the historical, and the political, creating a truly satisfying racial evaluation for the reader. Toward the end of Twisted, the author argues that while Black features are usually not considered traditionally beautiful, as a means of healing, we should consider instead focusing on achieving Fe, a traditional Ashanti concept that represents magnetism beyond Western, whitewashed understandings of physical beauty. According to Dabiri, while it’s helpful to recognize and grapple with the many ways that Black hair has been equated with ugliness, it’s equally important to remember that Western beauty standards cannot encompass or define the multifaceted beauty that is Black hair and Black people.

Read this Next: “Hot Comb” Uplifts Black Women by Their Roots 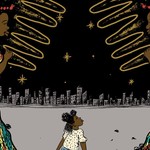 by DW McKinney
All Black women haven’t experienced the trauma captured in “Hot Comb,” but there are still broad strokes that all Black women have either shared in intimate dialogues with our friends and family.