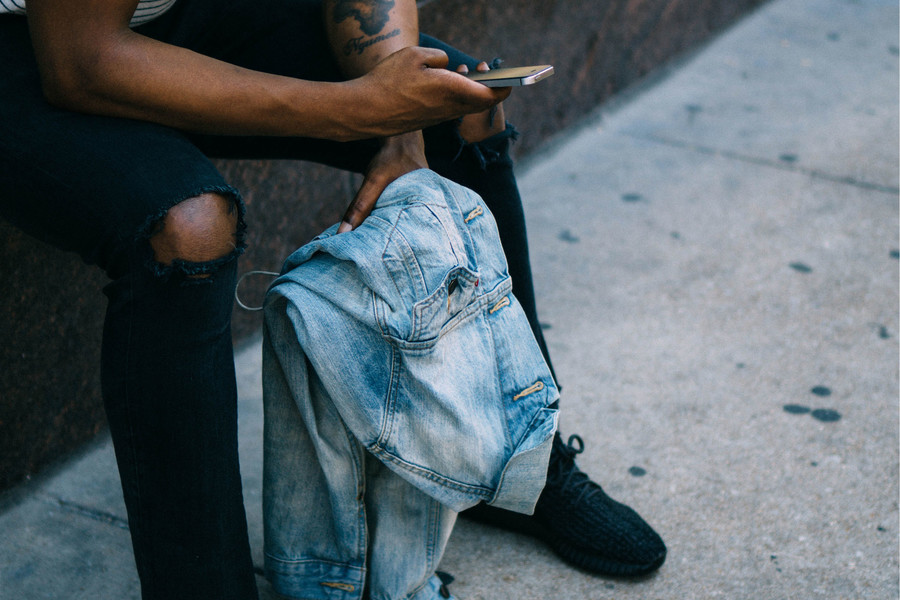 On October 11, five years after PAPER “broke the internet” with an oiled-up Kim Kardashian cover, they claimed to have done it again. And they did—if not quite in the way they hoped to. A famous anonymous Twitter account, @EmoBlackThot, was planning to do a “face reveal” on PAPER’s digital platform and rebrand her account with the real identity that anchored her digital persona. I was among the fans who were excited to meet the woman behind the words, and to see someone who looks like us come forward to get their due for being a Black woman deeply plugged into both her roots and pop culture.

The account launched in 2012 with the handle @MadBlackThot, which eventually became @EmoBlackThot handle. Its creator, who called herself Nicole, reminded followers to sit up straight, drink our water, take off our makeup and do our skincare, and QUICKLY! Nicole engaged with her followers regularly and in unique ways: She joined them to livetweet shows like Euphoria; she created threads that encouraged followers to list their Cash App handles so that people could buy each other lunch and pay it forward; she grew engagement for Black creatives by sharing their work with her audience. Nicole spoke to us about periods and how to remedy cramps, about Black women’s experiences in the social media world, and about the impact of artists like Rihanna and Normani.

She felt like an online older sister to Black women, many of whom saw, for the first time, their interests and identity reflected in the thoughtful digital community she built. At times, she seemed too good to be true. And now we know she was: PAPER’s big reveal was that @EmoBlackThot was not our dark-skinned digital big sister; in fact, she wasn’t a sister at all. Instead, PAPER introduced @EmoBlackThot as a brother named Isaiah Hickland, a Black man and former fraternity leader from Texas. Hickland had apparently decided to come forward in order to pursue a nonexistent music career. In the reveal, PAPER called him “our king.” Whose king?

Through the initial praise from PAPER and those new to Hickland and their account came critique from @EmoBlackThot’s fans and followers, who’d spent time and energy investing in the account. What happened to the money they thought they were sending to a young Black woman? What was up with the advice on periods and cramps? Why did the account have she/her pronouns in the bio? Did the “real Nicole” sell their account to Hickland? If so, why? What was the actual goal of the lie? I contacted Hickland to see if he’d offer an explanation, but I never heard back. I was able to speak to one of his former mutuals after finding a tweet of theirs in which they’d addressed Isaiah as “Nicole”—his name is Tariq, and he too was in the dark about everything from Hickland’s real identity to their zodiac sign. “We all thought she was a woman,” Tariq told me. “There’s even a theory going [around] that @MadBlackThot indeed was a woman, and that carried over into the @EmoBlackThot days, then she ultimately gave the account away to Isaiah.”

At first, Tariq supported Hickland’s coming out and PAPER’s article, but soon after, he came to realize the depth of Hickland’s manipulation and the damage done. “I will admit, a lot of us were very like ‘OMG congrats this is so cool!’ at first, [because] we were thinking with our emotions. Like this really threw us off guard. Then, reality set [in] and [we were] like, ‘Holy shit, this man has essentially infiltrated what were supposed to be safe spaces for Black women?’” Tariq says that if he could ask Hickland one question, it would be this: “Why would you deceive, defraud, and cause so much distrust in what was supposed to be a safe space for Black women? You not only stole hundreds—possibly thousands—of dollars from them under the guise of being a cis queer Black woman, but also intruded [into] intimate group chats, and threw all that away for a profit. How dare you?”

My further requests to several other online friends of Hickland’s were denied, and I understand: Who wants to admit that they were scammed? Who would want to talk about relationships and friendships that turned out to all be a lie? They too are victims. While it may not seem serious on the surface, it is. HuffiPost has noted that Twitter is one of the only safe spaces for Black women both online and off, and Hickland hnfiltrated it under false pretenses. People confided in Hickland thinking they were getting Nicole, not a a cisgender man pretending to share their experience. Many Black women on Twitter felt betrayed and angry to find that they were intentionally misled in a quest for clout, and they let Hickland know: They called him a fraud, posted their direct-message exchanges with him, and accused him of “cosplaying as a Black woman.”

Men like Isaiah Hickland and Tyler Perry are profiting on the look, feel, and trauma of Black womanhood.

Some women claimed he was part of a group chat for Black women in which platonic nudes were shared, which Hickland denied. He apologized, clarified on the apology to provide further detail about how they came to run the account, and ultimately deleted the @EmoBlackThot account and went private on Instagram. Hickland’s actions prove two things: First, that Black women, as a brand, have more value than we allow ourselves to acknowledge; and second, that the identity can be made profitable. Look toward Beyoncé, who has built an athleisure line, Rihanna with Fenty Beauty, and Megan Thee Stallion, who is working toward her degree while earning her title as the hottest new female rapper. @EmoBlackThot built an account with more than 100,000 followers, had people contributing to his Cash App, and became an influencer anonymously all because of his branding as a bisexual, Black woman. But it’s not that easy for actual Black women.

Acting like a Black woman when you’re not really a Black woman is profitable, but being a Black woman is not. Just look at Tyler Perry, who was the highest paid man in entertainment in 2011, and his Madea franchise. Perry built an entire franchise, movie studio, and legacy after his Madea films, where he essentially dresses in drag and acts as a caricature of an angry Black woman. Eddie Murphy did the same in 2007’s Norbit and The Nutty Professor. Similarly, @EmoBlackThot built an entire brand on the identity of Black womanhood, mining women online and in his life for information in the name of profit. Hickland, ultimately, defrauded his fans and followers.

Black women are not characters for men to play. Womanhood, and Black womanhood, and Black queer womanhood, is not something you can put on and strip off like a costume. To step into the identity of womanhood while existing as a cisgender man in real life, whether it be through an anonymous Twitter account or as an actor, is insensitive and cruel in a world where Black women still experience a gender pay gap and Black transgender women are killed at alarming rates. Men like Isaiah Hickland and Tyler Perry are profiting on the look, feel, and trauma of Black womanhood. To step into the self-care space and appear to provide not just a service, but connection and community, to Black women considering the lack of mental health resources and support for Black women IRL isn’t just fraud. It’s betrayal.

Read this Next: Thief in the Night 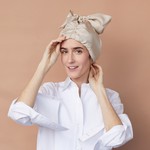