The Prison ParadoxEnding Mass Incarceration in the Age of Cosby 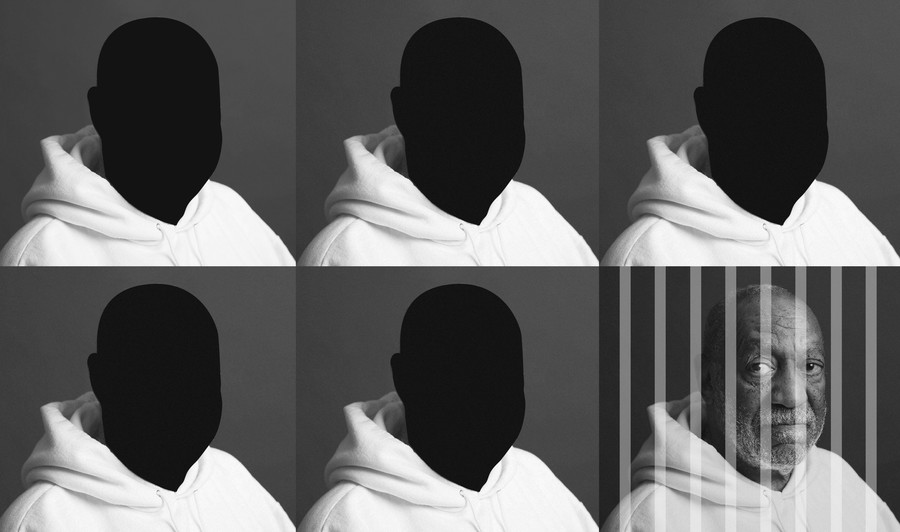 “He has never been found guilty in a court of law” was one of the most popular rebuttals to allegations that Bill Cosby sexually assaulted more than 50 women between 1979 and 2008. At least that was the response until April 26, when The Cosby Show’s cocreator and star was found guilty on three counts of indecent aggravated assault for drugging and sexually molesting Andrea Constand in 2004. The verdict was some rare good news for Cosby’s survivors and victims—if only because he’ll no longer be able to roam free after he’s sentenced in September.

Back in 2004, Cosby began using his position as “America’s dad” to condescend to poorer Black people for not living up to the arbitrary standards of the “American Dream.” Indeed, it was likely his downfall—though plenty of people knew about Cosby’s predatory habits, it was comedian Hannibal Buress’s criticism of Cosby’s high-horse “moralizing” that went viral and expedited his downfall. But while it’s a relief that Cosby will finally face some measure of punishment for his crimes, the outcome is also fraught—especially for people who believe that prisons should be abolished.

Cosby possibly going to prison in September raises important questions about our responses to unspeakable, violent crimes and how the state should (or shouldn’t) play a role in the justice process.

Our Reliance on Criminal Justice in the Case of Rape

We still live in a world where victims of sexual assault are overwhelmingly not believed. Yet sexual violence seems constant: According to a 2010 report from the Centers for Disease Control and Prevention, nearly one in five women and one in 71 men in the United States have been raped. For women, 51 percent of those assaults were committed by intimate partners and nearly 41 percent were committed by acquaintances. Approximately 52 percent of the men who participated in the study reported that their assaults were committed by acquaintances. RAINN estimates that closer to two-thirds of sexual assaults are committed by someone the victim knows.

Furthermore, rape is still overwhelmingly underreported. There are a number of valid reasons why victims might not report a sexual assault to authorities. A close relationship with the offender might dissuade a victim from involving the police; for others, a fear of getting involved with the criminal-justice system due to a fear of being re-victimized outweighs the benefits of reporting.

Their fear is warranted: Decades’ worth of rape kits remain untested in boxes, evidence closets, and storage rooms across the country while victims await this loosely defined thing we call “justice.” And for still others, healing without state-based interventions is the most reliable and safest mechanism for survival. Methods of healing after sexual violence that do not include law-enforcement intervention might include therapy, self-care practices, and reduced media consumption—all viable ways of working through trauma. 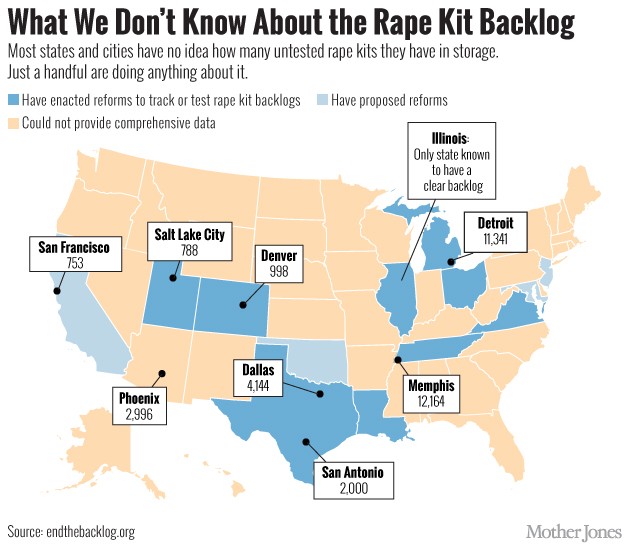 Rape and sexual violence is inherently about power. That’s why ex-Oklahoma City police officer Daniel Holtzclaw was able to leverage his position of authority to sexually violate and rape poor and working-class Black women and girls whose prior relationships to the criminal-justice system made them less likely to report him— and far less likely to be believed if they did.

It’s imperative that we consider all of these factors when discussing Cosby rightfully facing consequences for the pain he’s caused. There’s a rift between the criminal-justice system and rape and sexual assault victims. This might explain why so many people still think Cosby’s accusers are “just now coming forward” despite the fact that, for many of them, this has been a decades-long ordeal involving authorities, lawyers, courts, and Cosby’s substantial bank account.

Though slavery “officially” ended in 1863 with the signing of the Emancipation Proclamation, it wasn’t until June 19, 1865 that many enslaved Black Americans in the South were officially set free (hence the widely celebrated Juneteenth holiday). The 13th Amendment was ratified in December of that same year, guaranteeing that “neither slavery nor involuntary servitude, except as punishment for crime whereof the party shall have been duly convicted, shall exist within the United States, or any place subject to their jurisdiction.”

The key point here was that those convicted of crimes were not protected by this statute, and since 1865, prisons have capitalized on this loophole. Jim Crow laws made incarceration through debt peonage a common practice, according to Douglas A. Blackmon’s 2008 book, Slavery By Another Name: The Re-Enslavement of Black Americans from the Civil War to World War II. Black Americans could face outrageous charges for purported loitering, refusing to give their earnings to white landowners, or simply walking down the street without the permission of a white person.

Rather than putting offenders away, ostracizing them, and revoking their citizenship, restorative justice is deeply rooted in healing, care, and rehabilitation.

In her 2003 book Are Prisons Obsolete?, anti-prison activist and educator Dr. Angela Davis draws direct connections between today’s prison system and the institution of slavery. She writes, “The population of convicts, whose racial composition was dramatically transformed by the abolition of slavery, could be subjected to such intense exploitation and to such horrendous modes of punishment precisely because they continued to be perceived as slaves.”

With such a deeply racialized past and present, there is little question as to why so many believe the system should be dismantled altogether.

There’s very little data that supports the idea that prisons are actually effective at rehabilitating or deterring crime. In fact, data shows that longer prison sentences have little impact on crime rates overall. Rather, prisons are sites of immense trauma and punitive violence, and this is connected to policing and the public narratives that justify the inhumane treatment of incarcerated individuals. Black queer and trans folks are at even graver risk of experiencing the negative effects of mass incarceration. In a 2015 op-ed for HuffPost, Vermont Senator Bernie Sanders detailed the specific ways that for-profit prisons abuse incarcerated people—including exploiting their labor, victimizing undocumented immigrants, and even sending juveniles to facilities, for minor infractions—while making handsome profits.

Since 2000, the number of people incarcerated in private prisons has increased by 45 percent, suggesting that this form of punishment is not going away anytime soon. Investigative reporting from Mother Jones shows that private prison megacorporation Corrections Corporation of America (CCA) reported $1.9 billion in revenue in 2015, with $221 million in net income. This comes to roughly $3,300 per each prisoner. With “occupancy guarantees”—statutes written into the contracts of private prisons that require states to pay fees for empty beds even when crimes rates drop—private prisons benefit enormously from incarceration, resulting in a criminal-justice system less concerned with decreasing crime as they are with commodifying it.

What reduces actual crime? The perception that you’ll be held accountable. So it’s time to rethink accountability.

A Concept of Justice that Doesn’t Include Incarceration

Prison-abolition activists often talk about a process of “decarceration,” where public institutions like schools, medical centers, and workplaces encourage free movement instead of selective criminalization and targeted surveillance. In practice, decarceration might mean relying on restorative-justice methods in schools, like using escalating accountability rather than suspending students and employing other strict punishments. It might also mean decriminalizing drug use and providing affordable healthcare for those with addictions. These solutions address the harm that affects individuals and communities rather than using the state to isolate them in private prisons.

Restorative justice addresses and reduces harm in other ways. Rather than putting offenders away, ostracizing them, and revoking their citizenship, restorative justice is deeply rooted in healing, care, and rehabilitation. Its methods are meant to not only address the actions of the offender but, inherently, to make space for the victims and communities who are most affected by the assault.

In Cosby’s case, restorative-justice methods could have been instituted decades ago by acknowledging the experiences of the women he victimized—starting with believing them and holding him accountable. 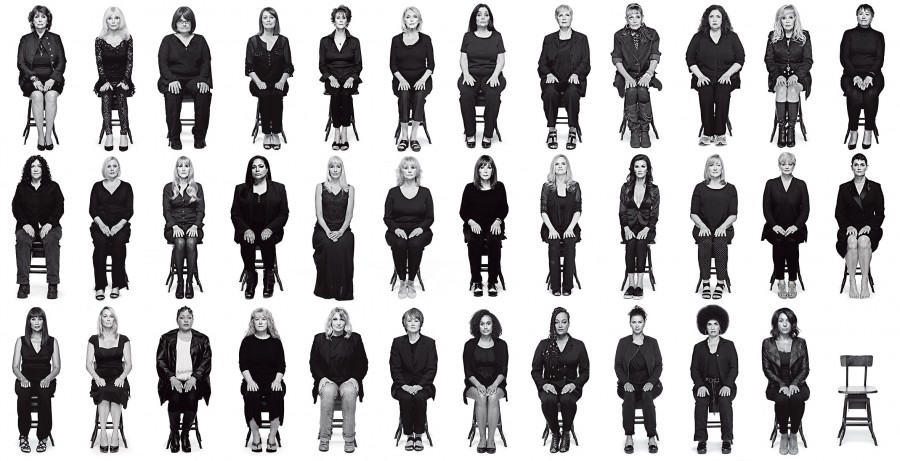 Instead, he used his power, wealth, and fame to bully his victims into silence or hide his crimes from the public eye with the help of a complicit media. In this instance, accountability looks like answering to the women whose lives were irrevocably changed because of his actions. It also looks like publicly addressing the advocates, fans, and lifelong followers who have supported Cosby’s career while unknowingly (or, in some cases, knowingly) supporting a sexual predator. And restorative justice centers those victims and survivors rather than focusing on Cosby or the system itself.

Decarceration and restorative justice deconstruct our current modes of thought about accountability, punishment, and rehabilitation. When Black men get longer sentences than white men for the exact same crimes, there is clearly a subjective difference in the adjudication of the law. When men like Brock Turner, who was caught in the act of raping an unconscious woman, are sentenced to six months in prison and Ethan Couch, who was said to have suffered from “affluenza” after mowing down four people with his father’s truck, is free after serving just two years, there is clear evidence that the “criminal-justice” system is not a reliable form of punishment.

Before we can trust this system, we have to work through the ways that its current form is deeply racialized and gendered. It’s complicated. But wanting an end to prisons doesn’t mean abolitionists want to ignore accountability or restoration for harm. When it comes to Cosby, it’s possible to both want him held accountable for his horrific actions and not want another person incarcerated.