When Natural Disasters Strike, Incarcerated People Are Left to the Elements | Bitch Media 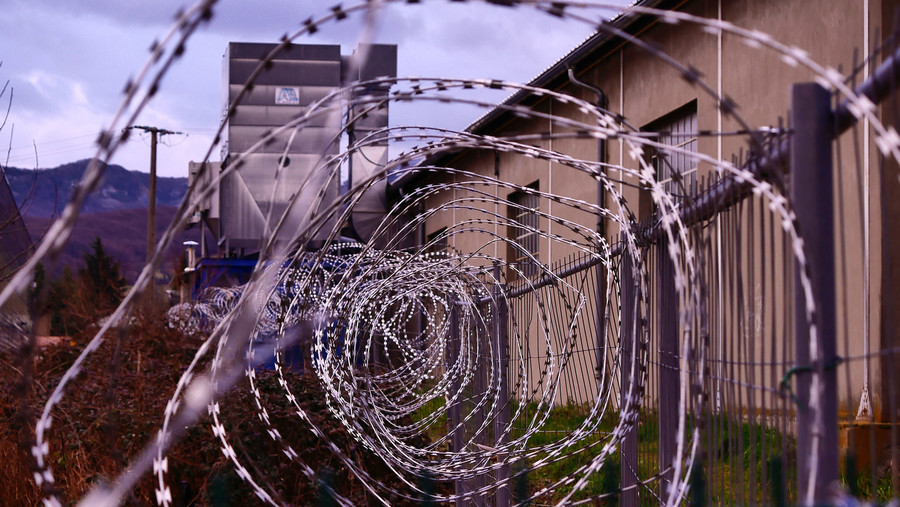 When a natural disaster strikes, most people’s first thoughts are of escape and of protecting their families. Whether they’re forced to flee unexpectedly or choose to evacuate ahead of time as a precautionary measure, when elemental danger comes barreling their way, the majority of people in this country have the option to get out of the way.

But there’s one class of Americans who are categorically denied that option, often to devastating effect: incarcerated people. Freedom of movement should be a human right, and yet even in the face of terrifying hurricanes, tsunamis, or wildfires, evacuation of inmates is a decision left to the mercy of local and federal officials. More times than is conscionable in a rational society, incarcerated people have been abandoned in their cells to weather storms alone, come hell or high water. With no access to phone lines or electricity, they’re left to wonder about the fates of their loved ones, and unable to call for help.

It happened in 2005, when Hurricane Katrina leveled New Orleans and 600 inmates at the city jail were left to drown. It happened in 2017, when Hurricane Harvey battered Texas and 3,000 men at a Texas state prison were stranded without food, water, or toilet access for several days. It happened again and again in 2018: When Hurricane Florence came for South Carolina, more than a thousand incarcerated people in multiple prisons across the state were kept on lockdown as the storm raged outside the walls. In Virginia, city jails remained full as Governor Northam gave mandatory evacuation orders for other civilians. And when Hurricane Michael pummeled the Sunshine State, the New Yorker reported that “the Florida Department of Corrections, which oversees the incarceration of almost a hundred thousand people, chose not to evacuate several state prisons, even those that fell within the evacuation zone.”

Over and over comes the refrain: “They left us there to die.” Incarcerated people remain among our society’s most vulnerable, and the lack of autonomy they are afforded can be a death sentence.

In 2011, a man named Robert Allen Webb was found dead in his cell, his body hot to the touch. Like all the other inmates of the east Texas prison where he’d been imprisoned, Webb had been struggling through a brutally hot summer without air conditioning or proper hydration. As the Marshall Project reports, “among roughly 150,000 people in Texas prisons, about four in five have no access to air-conditioning in their cells,” and Texas isn’t the only state where extreme heat is a dire problem.

Certain conditions like mental illness and asthma, as well as age, can make incarcerated people more sensitive to heat, and inmates at New York City’s notorious Rikers Island have died from extreme heat exposure. In St. Louis, inmates cried out for help for help during an intense heat wave in 2017; that same year, in Arizona, officials covered up conditions inside the state’s prisons, where temperatures climbed to 119 degrees.

Over and over comes the refrain: “They left us there to die.” Incarcerated people remain among our society’s most vulnerable, and the lack of autonomy they are afforded can be a death sentence.

In California, where wildfires regularly ravage the state, thousands of incarcerated people volunteer to work as firefighters, endangering their lives for mere dollars per day; following their exit from the prison system, they are barred from employment in the very discipline they’d worked in. This exploitative arrangement is only exacerbated by the increase in fires; the more flames, the more prison labor is needed, and the more incarcerated people risk their lives for very little benefit.

And freezing cold is also a massive problem, as a recent tragedy at Brooklyn’s Metropolitan Detention Center (MDC) made all too clear. As a frigid polar vortex swept through the city in early February 2019, 1,600 incarcerated people inside MDC were left without heat, hot water, hot meals, phone access, or electricity for over a week; their desperate cries could be heard ringing out over the neighborhood, and brought hundreds of family members, advocates, and local politicians to their aid. The horrifying conditions inside the jail prompted a Justice Department investigation. MDC’s location may have been its inhabitants’ saving grace; most of New York City area’s other prison facilities are located far from public view. Without public pressure, there’s no telling how long the situation at MDC would have been allowed to go on—and even now, a return to normalcy is still a return to substandard, cruel conditions.

Former political prisoner Jerry Koch can tell you all about it. A law student at the City University of New York, Koch is an organizer with FILSAA, a prison-abolition organization at CUNY Law that advocates for formerly incarcerated individuals who want to attend law school. Beginning in 2013, he spent more than eight months in the New York prison system—including two weeks in MDC—for refusing to testify in an investigation into the 2008 explosion outside a Times Square military-recruitment office, and has experienced firsthand what the facility’s perception of “normalcy” is like.

“If I had to conjure up an accurate metaphor for that place, I would describe it as a mix between a penal colony and an open tomb,” Koch says. “Even if [the facility was] operating in peak condition and without being dangerously overcrowded, [it] would still be foul, dank, and deeply dehumanizing. They were designed to be this way: Jails and prisons in this country may pretend to focus on rehabilitation and some abstract notion of justice, but in reality they are institutions designed to break people down into bodies and prisoner identification numbers.”

According to Koch, the rapid onset of climate change—which has already made its presence known—only makes a bad situation much, much worse. “As climate change ramps up, we know that millions of poor people around the world will be the first to feel its effects,” he says. “This is already happening, but much of America wants to keep its collective head in the sand and ignore the suffering that we are actively perpetuating. This same logic applies to our prison population: If we can’t see them, we can ignore them. “I think it is clear that MDC is a symptom of a far greater disease [of] capitalism and mass incarceration, and that radical horizontal organizing and abolition are the only effective cures.”

Abolitionists’ vision of the future is of one without prisons at all, and a society organized around restorative justice, community building, and mutual aid; those who advocate instead for reform gloss over the root causes of the barbarity of the prison industrial complex, and focus instead on improving the lives of those caught within the system. Both share a conviction that change is needed, and that the increasing precarity of our world has only hastened the need for that change to happen now.

Climate change is only one of the many dire threats facing humanity, but the unique menace it poses to vulnerable populations means that any sensible conversation about combating its effects—from the Green New Deal to whatever nonsense the Republicans spout—must recognize and center the plight of those inside the walls, before it’s too late. 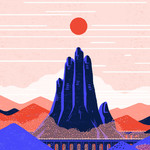 by Kim Kelly
A petitioner’s viral video, robust social-media presence, or heartbreaking selfie is worth its weight in doctors’ visits.