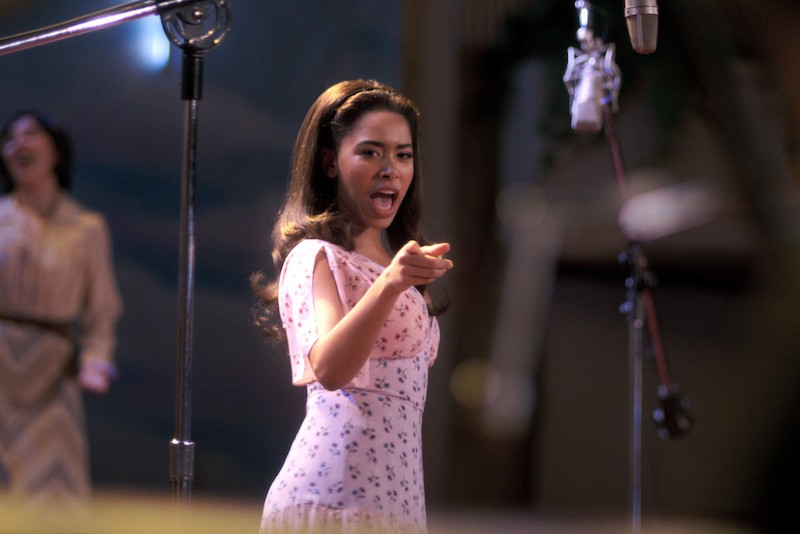 In new Netflix original series The Get Down, we are thrown into a comic book geek opera that focuses on the early days of hip hop and the waning days of disco. The feel of the show, cocreated by Baz Luhrmann and Stephen Adly Guirgis, is often surreal. The writers see the show as a superhero fable—one with Black and brown heroes at its center and that’s set in the South Bronx in 1977. If these characters are indeed superheroes, their Big Bad Villain is the rot eating at their neighborhood in the South Bronx.

Some of The Get Down’s heroes are determined to run far away from danger to a world promised to many a working-class kid—the greener side of the tracks. Others don’t see escape as an option, so they try to find a way to live in harmony with the dangerous aspects of their neighborhood. For me, the true beauty of The Get Down is how our heroes wrestle with the idea of “getting out” in order to find success and happiness.

While I did not live a childhood even close to what we see in The Get Down, I did grow up in a working-class suburb outside of Chicago. The challenge bestowed on me was to “get out,” and I was to do so by being a good student and keeping my nose clean. A few years ago my husband came home from some lunchtime gala to tell me that he met a young woman who was in college and shared my suburban hometown. She was ecstatic to know that “someone did get out!” At first it was humbling and made me smile. Yeah, I was doing pretty well for myself. But then, the more I thought about it, the more I realized I love where I’m from. The characters of The Get Down face a similar internal conflict. 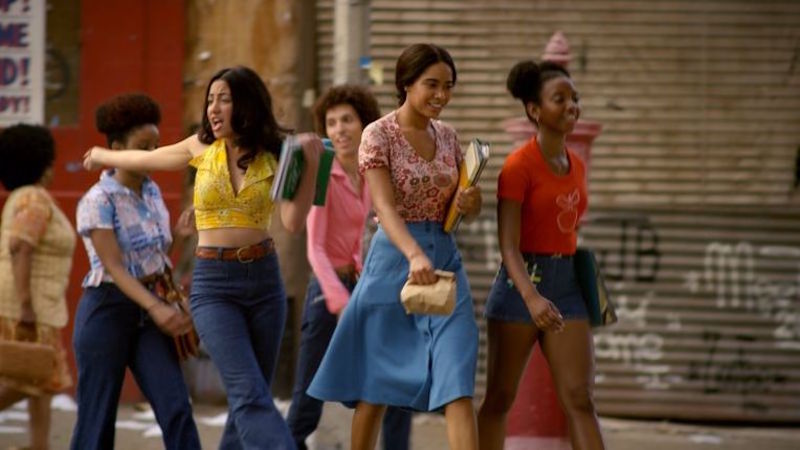 Pop culture is full of “getting out” tales, but most center on white working-class kids packing up and moving to the big city. As seen from “Don’t Stop Believin’” to “Party in the U.S.A.”, “getting out” is a recipe for top-ten success. Piper Perabo in Coyote Ugly and Ellie Kemper in Unbreakable Kimmy Schmidt both try make it big in New York City. Even Zootopia is about a rabbit’s desire for more than her parents’ farm stand! In white narratives of “getting out,” characters strive to be their true selves, while people of color in similar narratives are asked to learn to be new selves. A recent study showed that Black women are the most educated population in the United States. This counters many stereotypes we know of the Black community through pop culture and mainstream media. And that fallacy is what communities of color are fighting against by stressing the importance of education to their daughters. With the prison-industrial complex locking up our brothers, young women of color must carry the weight of our communities. Some of us stay to hold it up and try to keep it together. Others heed the message to “get out” to become role models for those we can see over our shoulders.

Getting out of the South Bronx is the main hurdle that The Get Down’s protagonists, Ezekiel and Mylene, struggle with during the show’s first season. Ezekiel is a gifted poet and his future self is our narrator, while Mylene is a talented singer who has her sights set on disco stardom. The summer before senior year, Ezekiel attempts to cement their romantic relationship, but Mylene turns him down with a response any working-class girl would recognize: “No. I am focused on my future and will not let anyone get in the way.” I was far too boy-crazy to toe that line, but that strategy was firmly suggested to me by adults as the best way to protect my future. 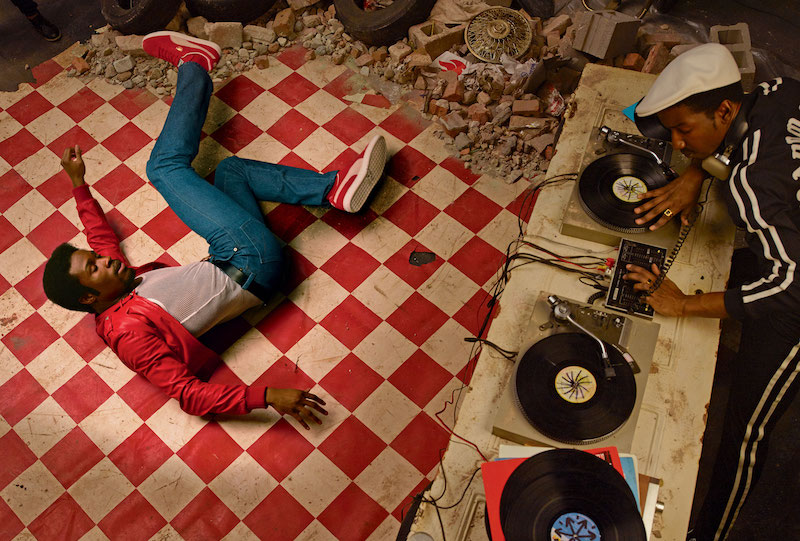 I talked about The Get Down with two pop culture–loving friends—Shireen Mitchell, a.k.a. DigitalSista, and Sekile M. Nzinga-Johnson, a Black feminist and lover of old-school hip hop—and we all resonated with the “get out” themes of the show. Mitchell and Nzinga-Johnson agreed that many young women of color who are determined to “get out” try to cut off their feelings so they’re not tied down to home. How far can you fly if you are tethered to your neighborhood? As Mitchell remarked, “Looking towards your future looks very different when you come from a place where your success depends on how far you can get away from the place you were born.”

Mitchell said it took her a while to get through the show. She couldn’t binge it the way we normally do with Netflix shows—it was simply too real for her, and she had to take breaks. “The Get Down has taken the good and bad of that time and turned it into my geek, multicultural, hip hop, disco, Black Power, Bronx, Harlem, sistahood life all wrapped in one,” she said. Despite some reviews on social media questioning the evenness of the show, for some women of color, like me, the show was as close as we will get to watching our own lives reflected to us on a TV screen.

Ezekiel’s struggle with his gift of poetry, which matches up with the emerging emcee scene, is a classic battle between his true self and what he “should” do to “get out.” Early on he rejects an academic award, and we are led to believe he fears looking smart. I read the scene as his rejection of using a deeply personal poem as tragedy porn, a hallmark of many narratives written by people of color. Soon, Ezekiel’s English teacher enlists his aunt to pressure Ezekiel to apply for college. Even his aunt’s scraggly looking boyfriend rises to the occasion to pressure Ezekiel to aspire to the Ivy League (the Holy Grail for every working class POC). 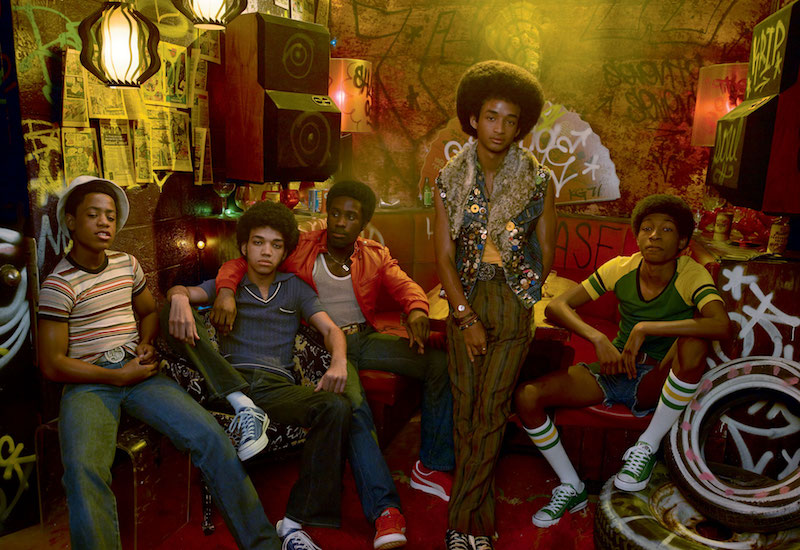 Mylene, on the other hand, sees his reluctance differently, instead as a sign that he is not worthy of her affection as he does not demonstrate his desire to “get out.” She has aspirations of being the next Donna Summer, and she works as hard as she can to break into the music business without selling her soul. Mylene is the epitome of the young woman of color who tries to play by the rules to win at the game of life and who objects to those who try to cut corners. Both of my grandmothers made it clear that boys would only trip me up on my road to success. You get the sense that many others in Mylene’s life have told her the same guiding principle my grandmothers told me.

Ultimately both models of approaching society ask children of color to other their communities, to identify with an alien world outside their hometowns on the other side of the tracks. It also tells them to choose: stay and fail or leave and succeed. Growing up there were no models that I recall presented to us as success that I could touch. Everything I aspired to was the stuff of dreams, just out of reach and wispy, from astronaut to marine biologist  to professional writer.

Those who stay and those who “get out” all end up mastering the code switch, which Mitchell claimed is her superpower. She reflected on the scene near the end of the first season in which Ezekiel has to choose “how to achieve his dream but also work alongside the adults that don’t think they are getting in his way but are. He knows they are dismissing the dreams and goals of the youth.” His ability to see through the bullshit of the “get out” narrative and attempt to make it work for him is what made the series truly hit home for many people of color. And it’s why you should binge on The Get Down as soon as you get to the end of this essay. Like now.