Memes Are Capturing the Lure of Escaping Your Body | Bitch Media

Lose YourselfThe Complex, Comforting Allure of Not Being Seen 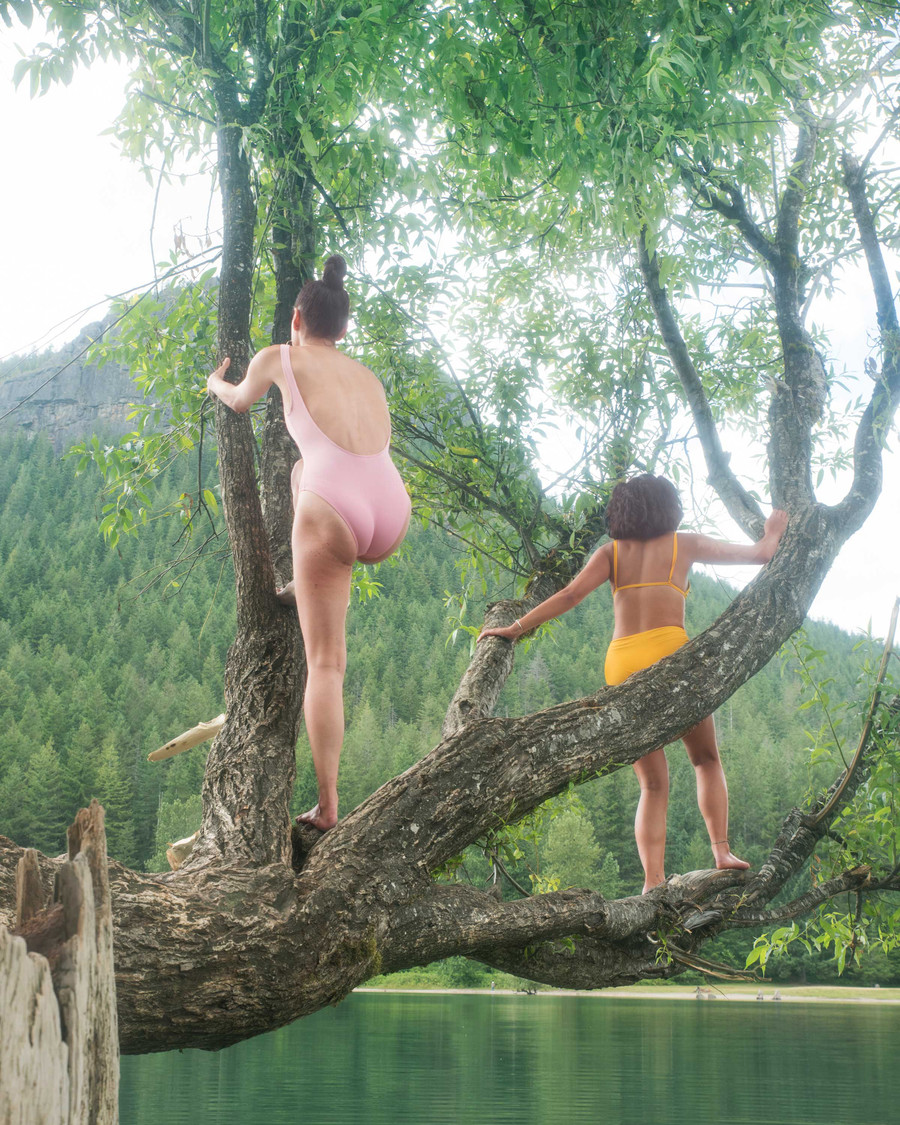 My New Year’s resolution for 2020 was to no longer be physically perceived. In February, I deleted 1,000 people from my Facebook, and, after briefly resurrecting my Instagram, decided to deactivate it again. Twitter is all I have and sometimes, I don’t mind it after my initial morning check for missed stories or discourse. But every so often, I stare at my own profile, wondering why the hell more than 10,000 people are here. I feel like Spongebob SquarePants’s Patrick returning home to a horde of blinking, unfamiliar eyes, and anytime someone @’s me I have to resist the urge to reply, “Who are you people?”

Even when I feel the urge to disconnect, I can never fully log out, and I’m long past the days where deactivating is an option. As a freelancer, I depend upon social media and some degree of visibility to work, whether that’s browsing calls for pitches on @WritersOfColor—a Twitter account dedicated to amplifying writing opportunities for writers of color—making relationships with editors I would never otherwise meet, finding sources, or promoting stories.

I am not alone in quipping about no longer wanting to be perceived. Online, there are a plethora of “perception memes,” a term I use to broadly refer to any memes about not wanting to be [perceived] or ditching your body, like an expressionless emoji crossed out in a red X with the words, “don’t want to be” above, or Paris Hilton looking at her phone in a car labeled “me obsessing over my self image” while her companion, staring out the window, is labeled, “also me dreaming about escaping my corporeal form and existing only in concept.” While the word “perceived” is not used within all these memes, each of them gets at the notion that perhaps it’s better to be a void, or to simply not exist.

It can be hard to nail down a specific reason people use memes, especially when “perception memes”—like an image of Sesame Street’s Ernie, pajama-clad and floating, captioned “Ernie begins to enter the spirit realm”—rely on a lot that goes unsaid. But if we accept that memes are a method of communication within themselves, then we have to accept that how you read or relate to a meme is not a universal reality.  Take the popular meme about an FBI agent watching you from inside your computer. For many, the idea is funny because it seems so ludicrous, but for Black Muslim youth, the joke is a subversive way to cope with everyday surveillance. Everyone comes to memes with a social and political context that defines their interpretation of memes, and mine have led me to two main threads within perception memes.

First, in some way, these memes are about not wanting to be alive, though they don’t explicitly name or otherwise graphically reference suicide. Instead, perception memes are more reminiscent of Anna Borges’s 2019 essay in the Outline, where she writes, “I wish there was a nicer way to say this, but I don’t always want to be alive. Right now, I don’t want to actively kill myself…but the fact remains, I don’t always feel strongly about being alive.” There have been plenty of times where I wanted to die and did not. In other words, I have experienced passive suicidal ideation, research on which is limited “by this innate stigma that it’s a bad, wrong thing, so people are less likely to report it,” Eric Beeson, a licensed counselor and faculty member at Northwestern University’s Counseling@Northwestern, told Borges.

In all the times I thought about dying, it wasn’t like living in the ocean as Borges describes, but that’s probably because, having first seen an ocean just last year, I had no reference point. As a kid stuck in a semi-small Minnesotan town, passive suicidal ideation was looking out a window in the middle of a snowstorm and wondering if I walked into the woods, how long would it take for me to disappear? I never died, then or now, because I worry about mundane things—like who will take care of my cats? Even if my family takes them both in, will they remember a) not to buy Sam beef wet food because he will throw up 20 minutes later and b) to check all their food for pork because, yes, my cats are Muslim, too. And sometimes, in those moments of wanting-to-die-but-also-not, I mostly want to be a void. Perception memes are not so much about dying or a desire to go away forever as they are about just taking a fucking break from being seen.

“We were born under surveillance, but not all of us are equally seen,” Precarity Lab wrote in its 2020 Digital Precarity Manifesto. In other words, being seen isn’t a neutral event, and there’s nothing that speaks to this more perfectly than the histories of surveillance. Anytime you are seen, you have to ask a range of questions, including: By whom? For what? And how? That’s especially true for Black Muslims and why there is a marked difference between my mom having photo albums—databases—of my face, from infancy to adulthood, and the federal government putting my mugshot into a database where facial recognition, that has no purpose beyond targeting and harming the communities I come from, can break me down.

While the word “perceived” is not used in all these memes, each of them gets at the notion that perhaps it’s better to be a void, or to simply not exist.

The moments where I do not want to be perceived, where even people @’ing me on Twitter—something that I could easily ignore—makes me want to scream, can’t be seperated from existing as a visibly Black Muslim woman. It would do myself and my history a disservice to chalk it all up to passive suicidal ideation. For me, it is not always about death. Yes, sometimes I want to die, and sometimes I very much want to continue living if for no other reason than to invite others to, in the words of Lucille Clifton, “come celebrate with me that everyday something has tried to kill me and has failed.”

Perception memes both are and are not about what poet Eunsong Kim called, in a 2016 MLA position paper, the politics of visibility. Like the latter, perception memes are concerned with questions of agency. Still, their concern with perception branches away from just discussing visibility as a marker or legitimizer. Perception becomes a way to question the process of sight itself. They remain in conversation with trans activist Reina Gossett, whom Kim quotes in “The Politics of Visibility”—for trans women, Gossett says, “Visibility is a pillar of criminalization, not a tenet of liberation”—and with Grace Hong, who wrote in the 2006 book The Ruptures of American Capital that “[F]or women of color feminist practice, visbility is a rupture, an impossible articulation.” And Hong’s proposal that, while others see invisibility as unnatural, “[S]o too, is visibility is unnatural; it is also a kind of violence…visibility is not inclusion, but surveillance.”

For those of us who are (hyper)(in)visible—all depending on the moment and political climate—perception memes are not always about death in the typical sense. Sometimes, these memes are dreams, and their own sort of futurism. What does it mean if we can dream of circumstances in which not being seen is our active choice and could never become a detriment? What does it mean if we are able to reject the gaze before it even happens? What does it mean if we can repair the stab wounds in our backs by simply stepping out of our bodies and into whatever we choose—whether it’s an abyss, a void, another corporeal form, or something in-between?