Barstool FightESPN Must Decide What It Wants To Be 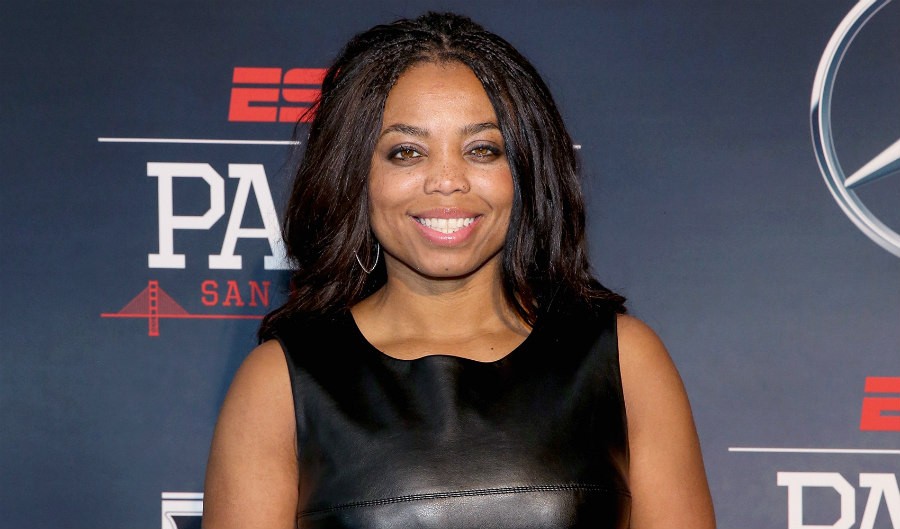 ESPN recently canceled Barstool Van Talk after just one episode. The show’s anchors, Dan Katz—known as “Big Cat”—and PFT Commenter, also host Pardon My Take, one of the top rated sports podcasts on iTunes. Barstool claims the podcast draws between 750,000 and 1.5 million listeners with up to 2 million listeners for episodes with celebrity guests. It’s likely ESPN wanted to capitalize on their popularity and bring a portion of their audience to a network that’s struggling to remain relevant in a digital world that offers game highlights with the push of a button. But the Barstool brand is rooted in misogyny, racism, and bigotry, so much so that many women sports journalists won’t tweet the word “Barstool” because the website’s fans a.k.a. “Stoolies” will troll, harass, and abuse them.

When Barstool Van Talk was announced, NFL Countdown host Sam Ponder tweeted “Welcome to the family” along with screenshots of vitriolic things that were written about her on the site, including that the “number one requirement” for her job is to “make men hard.” Then, audio from 2014 surfaced in which Barstool Sports president Dave Portnoy and Big Cat called Ponder a “fucking slut” and Big Cat said there is “no one worse… than Sam Ponder,” leading the network to ax the show. While ESPN issued a statement that said, “[Barstool’s] comments about Sam Ponder were offensive and inappropriate,” they aired the show’s first episode, clarifying that they “do not control the content of Barstool Sports.” Just six days later, the show got the ax, with ESPN President John Skipper apparently overruling two other executives. In his statement announcing the show’s cancellation, he said, “While we had approval on the content of the show, I erred in assuming we could distance our efforts from the Barstool site and its content.” 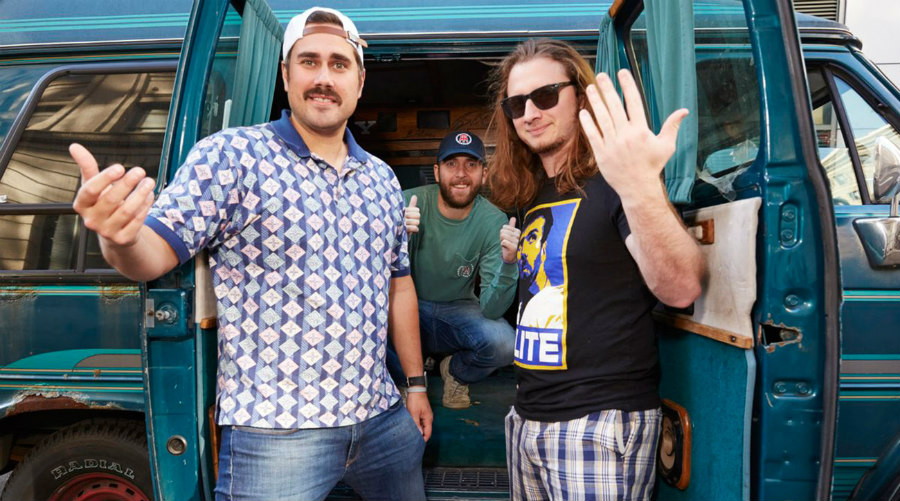 That idea defies logic; if Barstool explicitly prides itself on offensive content—and that’s what draws fans in—slapping the name “ESPN” next to it won’t undo the abuse and vitriol the brand has lobbed at marginalized communities. It’s incredibly telling that ESPN overlooked Barstool’s offensiveness while simultaneously suspending Jemele Hill for “violating their social media policy.” Hill, who co-anchors The Six, SportsCenter’s 6 p.m. hour, tweeted that Donald Trump is “a white supremacist” who “surrounds himself with white supremacists”—a claim that’s factually correct given that Trump called Nazis “very fine people” and White House Chief of Staff John F. Kelly has been quoted saying Robert E. Lee was “an honorable man” who “gave up his country to fight for his state.”

By canceling Barstool Van Talk, ESPN wants to project an image of protecting female employees from misogynist attacks, but who have they deemed worthy of defense? The network only took a stand against powerful white men after a white woman tweeted her distaste with the partnership while Hill—who is maintaining the network’s relevance in a time when sports and politics are prominently entangled—was penalized for speaking out against racism. Instead of standing by their employee as the president insulted her and the White House suggested she should be fired, ESPN released a cowardly statement saying Hill should not have voiced her opinion on “a platform that implies she was in any way speaking on behalf of ESPN.” ESPN later suspended Hill for tweeting that “change happens when advertisers are impacted” after Dallas Cowboys owner Jerry Jones said he wound bench any players who “disrespect the flag.” “If you feel strongly about JJ’s statement, boycott his advertisers,” she concluded. ESPN threw Hill to the wolves while she was being dragged, attacked, and threatened.

Hill is considered disposable: She’s welcome as long as she’s bringing in positive press and younger viewers, but they’ll throw her under the bus as soon as she upsets the conservative white men that make up a large part of ESPN’s audience—and perhaps ESPN’s executives. Hill can’t be perceived as “angry,” continuing a long trend of racist and sexist characterizations of Black women as “militant” when they speak out about oppression and marginalization. If that’s not the case, why wasn’t SportsCenter: AM anchor Sage Steele reprimanded publicly last year for expressing her distaste for kneeling during the anthem? ESPN penalizes Black women when their opinions anger powerful white men. 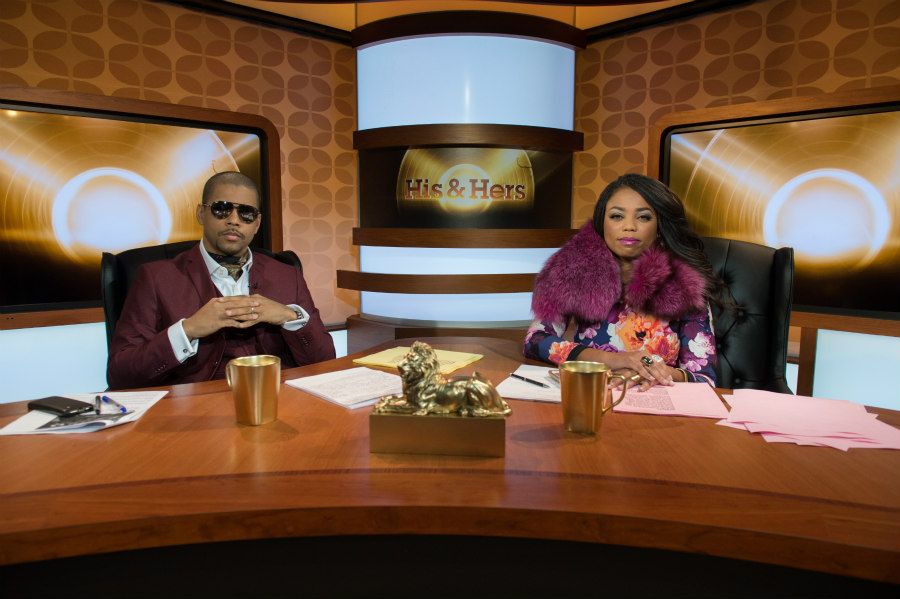 Photo: ESPN (Left to right: Michael Smith and Jemele Hill on His & Hers)

ESPN wanted Barstool’s audience without the controversy that comes with the brand, and they want Hill’s talent without having to deal with her challenging forces that directly affect the Black community. It’s time for ESPN to decide who they want to be: Hiring and promoting women, including Jessica Mendoza, the first female MLB analyst; Beth Mowins, the second woman to call college football games; and Katie Nolan, the funny and underappreciated talent recently hired away from Fox Sports, is in direct contrast to partnering with Barstool, a brand that represents the dregs of the bottom of the barrel in sports commentary. That decision doesn’t support or protect women at ESPN. Commitment to gender equality in the sports media world has to go beyond simply putting women in front of and behind the camera, but putting them in the rooms where executive decisions are made as well. It’s hard to imagine that any women were involved in the behind-the-scenes decision-making about the Barstool partnership.

Standing up for the white women on their staff while leaving Black women out to dry should also stand in opposition to their goals. If they truly want to bring in a younger and more diverse audience, refusing to stand behind their on-air personalities who provide some of the most incisive and culturally relevant commentary on the network is not the way to do it. The very viewers Hill and her co-host Michael Smith are likely to attract are the same viewers who will be alienated by ESPN’s actions. Jemele Hill is perhaps ESPN’s greatest asset—whether they recognize it or not. If they want to keep her around, they’d better come to that realization soon, before someone else, who is prepared to let Hill be who she is—straight-talking, wave-making, justice-loving, pop culture-obsessed—snatches her away and reaps the rewards.