The Rise and Fall of Everlane | Bitch Media

Manipulation By “Transparency”The Rise and Fall of Everlane 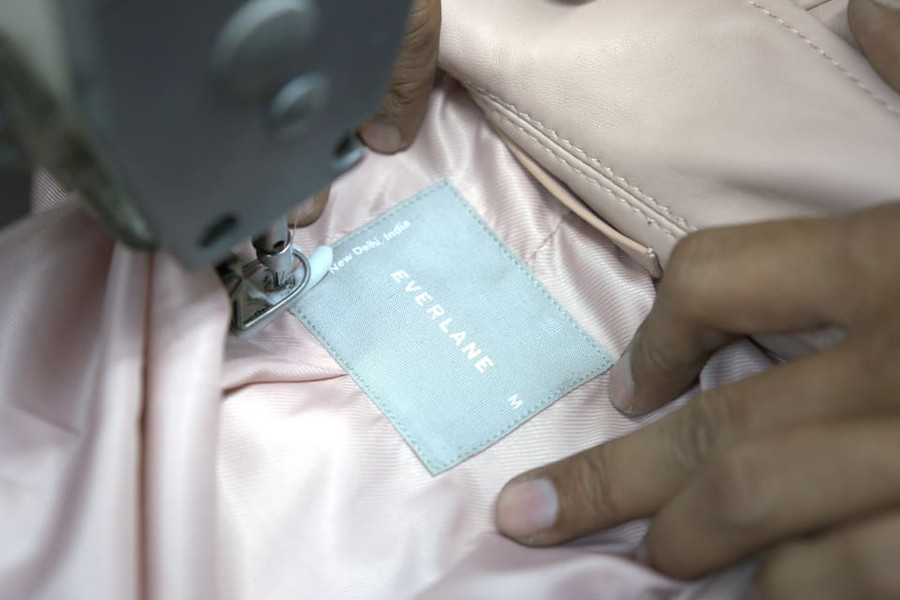 “Ethical fashion” has long been a phrase used to lure customers, especially loyal ones who feel good when the brands they purchase care—or at least appear to care. American Apparel no longer has the same cachet among tastemakers that it once did, but the trendy-but-woke marketing it pioneered through the 2010s reverberates through many other brands currently taking up space on our Instagram feeds. It Girl favorites include the Reformation (which claims that “Being naked is the #1 most sustainable option. We’re #2”), Outdoor Voices (whose environmental sustainable designs are meant to “Protect Our Playground”), and Everlane, a company built on a foundation of ethics and transparency that “believes we can all make a difference.” As ethical as these brands may appear to be, they’re not immune to being caught up in a scandal.

Most recently, Everlane, a San Francisco-based direct-to-consumer clothing brand founded in 2010, caught heat for laying off its consumer experience team in the middle of its unionization efforts (and a global pandemic). The committee formed in November 2019 and worked on collecting enough signatures for a petition; the group of 42 workers was fired shortly after approaching Everlane CEO Michael Preysman about having their union voluntarily recognized. In an ironic twist, furious customers have responded across social media by turning Everlane’s motto of “radical transparency” against the company.

It’s not the first time an “ethical” company hasn’t lived up to its promises: American Apparel had a similar downfall. I became closely acquainted with the brand in 2014, when my mom told me I needed to find a job, and I American Apparel came to mind. Like Everlane, American Appeal was trendy: I’d become familiar with the “ethical” clothing brand by lurking Tumblr and fashion site lookbook.nu throughout high school. I’d save my money for months to splurge on a fisherman sweater or mom jeans. The company’s emphasis on workers’ rights and social justice made me feel good about spending my money, but I also had reservations. I’d read about the company’s creepy, voyeuristic advertising (AA models were once described on Saturday Night Live as looking as if they’d been kidnapped by human traffickers) coupled with disturbing stories of founder Dov Charney’s alleged sexual harassment. When the company ousted Charney in 2014 and replaced him with Paula Schneider, a former Max Azria executive, I felt comfortable enough to send in a résumé.

Though the brand’s cool factor had largely eroded by the time I was hired, I was thrilled to be part of the preppy hipster club I’d admired for such a long time. When my mom asked me about working at American Apparel, I explained that this trendy brand didn’t use sweatshops, and that became my sales pitch for the two years I worked at the store. Typical customers included rich teens, rich parents of teens, and rich tech workers (and once, Chelsea Handler and her dog, Chunk). Whether I was helping pick out the right crop top for a party, de-escalating a confrontation about the strict return policy, or explaining the difference between two identical-looking heather gray t-shirts, there was one thing I always repeated: American Apparel’s clothes are expensive because it costs a lot to run an ethical company.

American Apparel customers believed they were supporting a good cause, which is what set the brand apart from Urban Outfitters, Free People, and other competitors. For many shoppers wandering in on a lazy weekend, the altruistic rush was worth the higher price tag. That charitable feeling—already on shaky ground because of the company’s highly reported lawsuits—seemed to evaporate when American Apparel hired a union-busting company in 2015. Protesters started showing up at stores, the bad press got worse, and by the end, when I stopped working for the company, customers were beginning to openly express guilt about spending their money there.

Consumers want to be reassured at the cash register. With reports of abysmal factory conditions and staggering waste caused by the fast-fashion industry, it’s harder for customers to purchase a party dress and ignore how it was created and who was exploited in the process. A brand that acknowledges and addresses that uneasy feeling always has a leg up: As Jia Tolentino noted in a 2019 New Yorker article about the gallons of water the Reformation promises to save with a purchase, “what’s actually being sold is vaguely defined and unreliably calculated, and what’s being remedied is guilt, above all else.” Buzzy language and slick aesthetics make for an effective marketing campaign, though. Everlane’s mission of “radical transparency” is showcased through the (formerly weekly) “Transparency Tuesdays” Q&A sessions on social media and Outdoor Voices’ #DoingThings hashtag has become a part of every Instagrammers’ vocabulary.

For people with no experience running a factory or studying environmental policy, impressive-sounding figures touted on social media and in newsletters don’t mean very much. If a brand proudly announces a figure, we’re likely to take it at face value without investigating further. Alia Meagan, owner of clothing brand Courtyard LA, says that the lack of official verification for claims of sustainability and ethics is a part of the problem. “Any time a brand claims something, people need to know that nobody checks that,” she says.

Exaggerated and vague promises of change leaves customers confused about the actual impact of their purchases. “I am against brands claiming something that isn’t [true] because it’s not addressing issues that most women want to be a part of solving,” says Meagan. “Then they purchase something thinking they did a good deed when in fact it’s not.” But customers are often willing to turn a blind eye because we don’t ever really want to know the full impact of a purchase; it’s going to be bad no matter how Everlane or the Reformation dresses it up. Sara Ameri, a former ambassador at Everlane, noticed that most customers were looking for a good product—not investigating the ethical implications of their purchase. “I don’t think you can force someone to shop ethically for the sake of doing good, especially when so many other ethical options exist, like thrifting,” she explains. “If the product is good and the company is a notorious do-gooder, it’s just an added benefit.”

And when brands that are supposed to be good are caught doing something that undermines their whole message, it reveals what we already know deep down: There’s no way to buy cheap, trendy, and convenient clothes without some kind of exploitation. Outdoor Voices imploded earlier this year amid stories of a toxic and dysfunctional work environment, and Everlane was roundly criticized for firing its workers who were attempting to unionize, with Bernie Sanders tweeting, “Using this health and economic crisis to union bust is morally unacceptable. I’m calling on [Everlane] to bring workers back on payroll and recognize the [Everlane union].”

Consumers are looking for permission, amid all the slick packaging and smooth talking, to buy a cheap shirt without feeling as if we’re contributing to inequality and climate change. But in the end, much ethical marketing language—as inspiring and aspirational as it might be—is still just marketing.

Read this Next: Patriarchy Proof 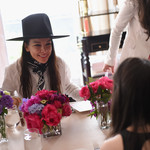 by Rachel Charlene Lewis
Is it actually good that we inherently trust, and buy from, "female founded" brands? 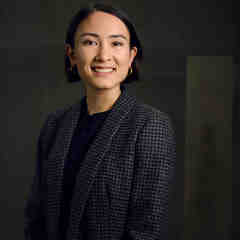 Jasmine writes to pay off her parking tickets. Send her funny tweets @jflgarnett!