Listening to metal is a reliably overwhelming experience, even for those already used to its force. The genre operates on the twin pleasures of awe and horror, which—if mixed properly—make rage sound like triumph and angst like heroics. Evil Thoughts, the first full-length album from the Brazilian all-female death/thrash metal band Vocífera, is a celebration of metal as pure alchemy. It transforms darkness—sonic and symbolic—into shades of glory.

Vocífera was formed, according to drummer Marcella Tiné, in 2011, out of a sheer “desire to make heavy sound.” Their biggest challenge seemed to be in finding like-minded women to round out the band in the relatively small state of Pernambuco, Brazil. Upon recruiting sisters Ray and Eveline Torres (vocals and bass, respectively) in 2015, Vocífera was born. In Portuguese, the band’s name translates to “female vociferousness,” “female clamor,” or “female rage.”

Evil Thoughts is patently, ecstatically, and hyperbolically evil. Arrangements throughout are baroque and furious: Ray Torres’s bestial growls rear and plunge across Tiné’s locomotive percussion. Quick, uncompromising chugs of guitar and bass fill tracks with titles such as “All Evil for Your Majesty” and “Sadism.”

In both sound and occult trappings, Evil Thoughts seems to have as much in common with the hoary old gods of doom metal as it does with its newer Norwegian, Teutonic, and American counterparts. This is metal at its most aesthetically and thematically metallic.

Despite these myriad connections to the genre and its history, there is a patronizing breeze of incredulity that wafts through responses to the band, born out of the boring theory that women perform metal rather than live it. Unfortunately, as a numerical and symbolic minority in the metal world, the women of Vocífera are susceptible to gender-biased evaluations, even as their freedom and success in exploring the thematic pillars that define the genre—such as mortality, violence, pain, and power—more than warrants them the credibility to play.

Vocífera luxuriates in the paradigm that metal has always upheld—badness can be goodness, and chaos can code as beauty. In fact, it’s easy to see why women inhabit this realm of inversions: Metal honors rebellion at its most elemental.

Relevant: Beyonce's "Formation" Is a Celebration of Unapologetic Blackness 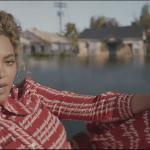 by Vanessa Willoughby
The song and video are a scathing visual response to #AllLivesMatter.