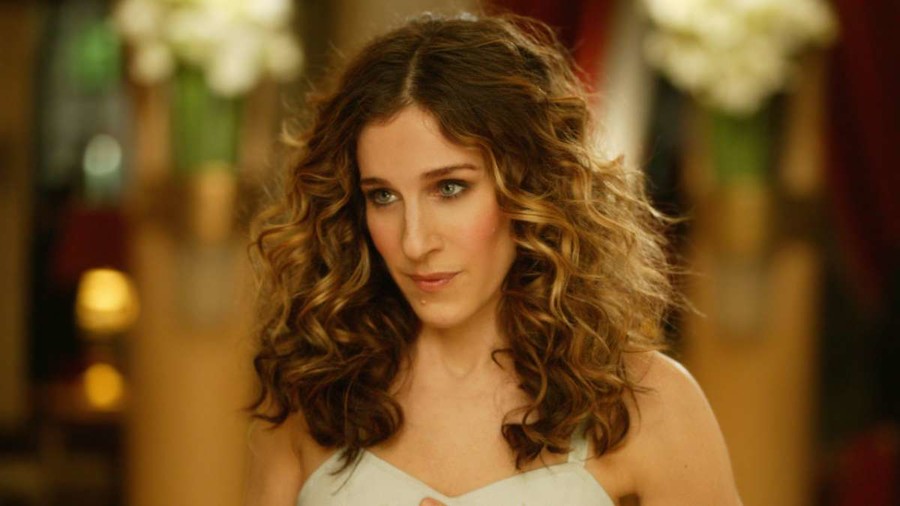 Growing up, I got my sex advice from Barnes & Noble. Back then, the now-downsized bookstore chain had it all: Cosmopolitan, Glamour, GQ—glossy and provocative troves full of the wisest sex and love experts who had the direct answers to my dirtiest questions. I would sit on my knees in a corner between the empty aisles of the Travel section and search their pages for answers to my endless questions about sex. I wasn’t in it for the slight and secretive teenage arousal; I just wanted reassurance that my confusion was normal, my questions valid.

But sex-advice columns weren’t always so easy to locate. One of the earliest columns devoted to sex advice that was pushed to the fringe of a then-modest mainstream was written by Margaret Sanger, the founder of various organizations that eventually became Planned Parenthood. Sanger wrote two sex education columns, “What Every Mother Should Know” (1911–12) and “What Every Girl Should Know” (1912–13), for the socialist newspaper New York Call. Call readers criticized the magazine for allowing Sanger’s frank profanity, while others praised her courage and honesty in speaking openly about sex. Sanger continued to write about safe access to contraceptives and later published the series in book form in 1916.

Since then, sex and love advice columns have gone through various evolutions. The debut of HBO’s Sex in the City in 1998—adapted from Candace Bushnell’s New York Observer column–turned–book—marked the moment that first-person explorations of sexual modes and mores emerged from the back pages of liberal college newspapers to become staples of women’s glossies, fitness magazines, urban free weeklies, and more. Columns like Bushnell’s weren’t, strictly speaking, offering advice, but the very fact that (cis, white, oh so straight) women were writing about sex as a cultural force in mainstream popular culture seemed service-oriented, radical, and feminist. Women were suddenly tasked with expanding the scope of public coversations about sex, and were often consulted as “experts” in men’s magazines like GQ and Esquire.

It was—and in many ways remains— taboo for straight men to take the lead in asking and answering sometimes uncomfortable questions about sex from other straight men. And even as mainstream advice columns became more accessible, those who weren’t necessarily interested in the 9 Ways Cis Heterosexual People Hit it From the Back were shunted to  the margins to seek answers about their bodies and desires. “I started it as a spoof of the advice column,” John Paul (JP) Brammer tells me of starting his now-popular advice column, “¡Hola, Papi!” two years ago. Now published in Out, “¡Hola, Papi!” began at the former Grindr outlet INTO, and primarily answered questions from queer men. The fuel for the column, as well as its name, came from Brammer’s own chats: As a Mexican American on Grindr, he noticed that the white guys who slid into his DM’s commonly did so with that unoriginal, fetishizing greeting.

But though “¡Hola, Papi!” started as something of a joke, as well as a way to ensure a weekly income as a young, queer freelance writer in New York City (if you know, you know), Brammer soon realized how underserved the queer community was when it came to advice. The questions got more serious as the column gained readers, and he found himself fielding questions from young people all over the world—some of them in places where it’s illegal to be gay—that required earnest responses. Brammer sees reading other advice columns as part of his job.

“People like mainstream advice columns because they want to see someone get smacked down a little. They want to know that there are rights and wrongs.” Like a public forum for justice-seeking, columns offer the chance to see slut-shaming friends or pushy dudes in bars shut down in style; answers to questions you’d never ask out loud feel gratifying in their undeniability. In an era of boundless choices for consumption and connection, nuance can make people uneasy; there’s a desire to be told how to feel about everything from new TV shows and Instagram influencers to Grammy speeches and presidential debates. There are too many opinions, and we want to know the right ones. And yet, Brammer says, the questions he gets can’t generally be answered within a binary of right and wrong. When talking about coming out, or workplace discrimination, or even just a sense of belonging in the queer community, it’s impossible for one person to dictate what is right or wrong for someone else. Queer identities—and, quite often, confusion about those identities from both within and without—intersect with families, workplaces, and social interactions in different ways than hetero ones; queerness is embedded in what can be considered “trivial” in a straight person’s life, and therefore cannot be reduced to simplicity.

Former Vice columnist Sessi Blanchard had a similar experience starting her column, “MTF & DTF.” Blanchard had just moved to New York and broken up with her boyfriend, and wanted to write about being “a girl in the big city,” she tells me over the phone. The themes were dating, fucking, and straight boys—the “trivial shit,” as she puts it, that felt like revisiting Sex in the City: “Carrie Bradshaw, but she’s a tranny,” Blanchard laughs. “I just wanted to write about the shit I was doing. Like a narrative of my life. It’s not an advice column, there are no questions. It’s about my life.” Blanchard began writing “MTF & DTF” “in community with other trans women,” but not necessarily for them: “As I was writing, I was figuring out who my audience was, and they weren’t trans women. They were straight guys who want to fuck us.”

She started to see the column as representing the desires of—and the sexual marginalizing of—straight guys who are attracted to trans women. “It speaks to the difference between cis women’s columns and mine, because I can’t really see straight guys reading cis columns. But they read mine.” Blanchard’s hopes of being the next Carrie Bradshaw were complicated by the pressure she felt to be a queer or trans columnist, when really she just wanted to write about her sexy adventures in the corners of NYC nightlife. She didn’t want to explain to readers why and how trans women are people: “I just wanted to go on on dates and fuck and write about it.” Blanchard is unpacking as we talk, and her thoughts emerge in a stream of consciousness as she does so. “Why can’t trans women have the space to write about the shit we do that’s trivial? Can’t we just be basic? For a second?” She’s tired of explaining herself, tired of the expectation that trans women writers will always position themselves within a larger systemic critique.

In the quick, hot-take pace of digital media, she notes, “There’s not a lot of space to slow down and talk about life and talk about personal issues. I’m so over the alienation [of digital media], of people telling each other what to do and how to feel. I want my stories—with their nuances and experiences—to speak for themselves.” She takes a breath. “Not all stories should have to be news pegs.” Indeed, examining the cultural relevance of sex columns challenges us to question the speed at which we consume others’ sex lives, in all their intimacy and vulnerability, online. Such columns are generally punchy, funny, and juicy, which is what they should be; they are also complex and emotional, which is also what they should be. The narrative of representation in the conversation about sex-advice columns encourages us to go beyond easy answers and tidy resolutions to conflicts. It’s not as simple as marginalized identities seeing themselves represented; it’s about how they are represented, and how much freedom we have to express authenticity and nuance within the confines of increasingly profit-driven digital media.

Sex columns, in the abstract, have always been about pushing boundaries, about challenging conventional wisdom in service of real-life sexual experience, pleasure, and connection.

“I WANT MORE FAT BLACK WOMEN WRITING ABOUT SEX,” freelance writer Rachel K. Godfrey tells me in a series of Twitter DMs. A prose poet and cultural critic, Godfrey writes about sex, bodies, Blackness, and popular culture with the wit of a wise British professor who you really want to drink tea with. “I want a lumpy, stretched-out bitch to talk about how she’s lumpy and stretched out and about how she feels insecure about those lumps and bumps sometimes but still gets down and dirty because why the fuck shouldn’t she. I want this partially in the name of representation and partially in the name of a breath of fresh air.” When Rachel says this, I literally smile. Fresh air! We need fresh air: We need to see the raw, the real, the nuanced, and the intimate, because that is what sex is. We are tired of the status quo.

Sex columns, in the abstract, have always been about pushing boundaries, about challenging conventional wisdom in service of real-life sexual experience, pleasure, and connection. Public conversations about sex are necessary to normalize healthy attitudes toward and communication about sex. But in practice, historically, mainstream sex columns have excluded marginalized voices that bring depth, authenticity, and nuance to such critical conversations. I wonder about the difference between “queer” and “straight” sex-advice columns: What is it about the experience of being queer that creates an environment for the kind of column that speaks to the humanness of sexuality, that take into account the full person and not just the sex they have? Brammer, for one, reasons that queerness means “bring[ing] our identities with us everywhere we go.” The answers we seek aren’t simply about sex, but about our existence, about what is going on.

I’m ready for a renaissance in sex-advice columns. But the conditions must be different in order for them to capture the humanness of sexuality, something that queer people are asked to think about their entire lives. I ask Brammer if he’s ever had a straight person write in seeking his wise and witty advice. “No,” he says, but adds that the day one does, he’s going to celebrate them. “It’s not a queer column because everyone who writes in is queer; it’s a queer column because it’s queer advice.” These are the breaths of fresh air. They’re here—you just need to know where to find them.