In “A Face for Picasso,” Ariel Henley Advocates for Facial Equality | Bitch Media

by Maggie May Ethridge 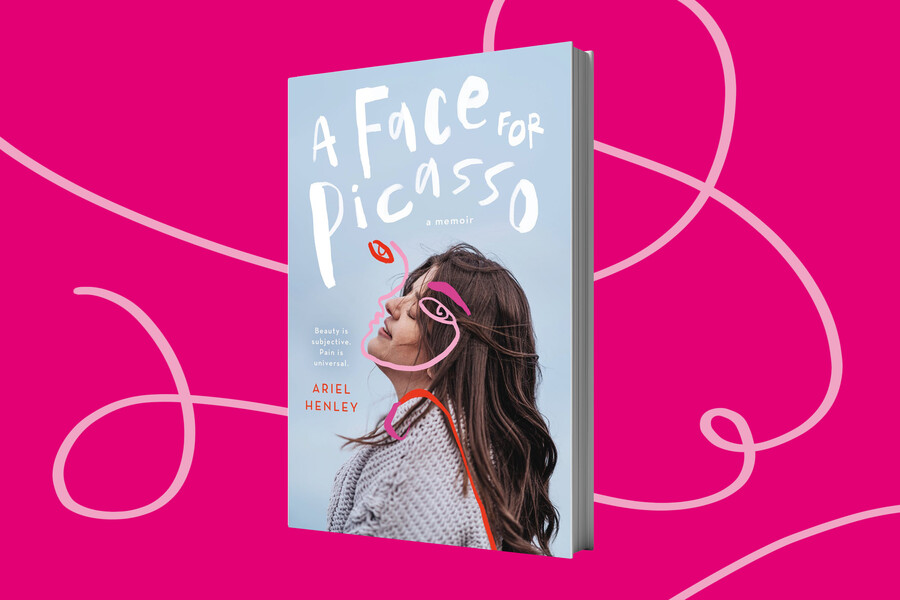 Ariel Henley’s memoir A Face For Picasso is an unblinking and deeply moving account of her childhood with Crouzon syndrome, a genetic disorder which causes the fusion of specific skull bones, preventing the skull, head, and face from growing normally. Ariel and her twin sister, Zan, suffered from babyhood onward of the physical effects of their syndrome, including what eventually became 60 plus surgeries on their head and face, but what Henley addresses with intelligent ferocity in her memoir is the emotional and psychological abuse that she endured throughout elementary and middle school.
In middle school, Henley found an old Marie Claire magazine featuring herself and her sister Zan. The headline read, “Their faces resembled the work of Picasso.” From then on, Henley considered the parallel of the cubism of Pablo Picasso’s paintings of women and what they had to say about beauty and ugliness as she navigated ableism, discrimination, and heartbreaking cruelty. Ariel writes in the prologue to her book, “As a woman, I am defined by beauty; and as a woman with a facial difference, I am also defined by my very lack of the thing. This is a lesson I began learning in childhood. It’s a lesson I want to destroy.”
I was impacted by your frequent use of the word ‘ugly’. Many adults who were trying to help you made a point not to address this directly.
It was hard because on one hand, it would be adults and teachers saying, “They are just staring at you because you are so pretty.” That’s not what’s happening. On the flip side you get the people who are like, “You have Crouzon syndrome, I didn’t notice.” Someone can be different and beautiful. Part of writing this was definitely hard to go back and really sit with… for me, ugly was more than a physical appearance thing, it was self-worth and identity in a lot of ways.
When I look at you, my experience of you is that you are pretty. Are you able to believe other people can see you like that, now as an adult woman?
Yes, but that’s fairly new for me. When Roger and I first started dating, I think it caused some issues for us because he would say things like that, and I was like, Okay. I think that was really difficult, to love someone and to want to make them feel beautiful and loved and valued and worthy, and all of these things that goes along with a relationship.
That’s a lot of growth from where you left off in the memoir. As you began writing A Face For Picasso, did you have other writers that have written about facial differences or disability in mind? Have you read Lucy Grealy’s Autobiography of the Face?
I didn’t find that book until college, and that was the first time I really read about experiences similar to mine. It made me cry often… it was hard to get through. She was a twin; I’m a twin. She went through internal struggles that I related to so deeply, and as I’ve said, I didn’t have books that I could relate to growing up, and so when I found this it was really eye opening for me.
Lucy Grealy’s book was life-changing for me, because I felt very validated and seen. I really wish she was alive today. And in a lot of ways, I feel like her story and reading more about her struggles with addiction that was really sort of a kick in the butt for me to get my stuff together, because this is what happens when you don’t deal with issues. Learning more about Lucy Grealy, it was so heartbreaking to me to know that she died without ever really coming to terms with her life and everything she had been through. It really motivated me to keep going through rough patches.
Aside from her, Carly Findlay is an Australian who wrote the wonderful book, Say Hello, and it’s all about facial difference. That was a big one for me. And then James Partridge who started the organization ‘Changing Faces’ in the UK, he passed away last year, actually, which was really sad, but he wrote a lot about facial difference. And he came up with the term ‘face equality’ which I hadn’t heard of, and I hadn’t even really heard of ‘facial difference’. So he came up with those terms, and that was really impactful as well.

Can you explain facial equality?
Face equality or facial equality is basically just the idea that people should be treated equally regardless of their physical appearance.
I loved this passage,  “How is it possible to feel so big and so small, so ashamed all at once, I wondered. Being shamed did not inspire me to want to change my eating habits, it made me want to disappear.” There is still the idea in society that if you shame someone enough, they will change whatever the problem is. What was the opposite of that experience that did enable you to change?
I was not in a great space my senior year of college. I had knee surgery and I couldn’t move or do anything. I’d go through these periods where I’d be really thin, then I’d be overweight; it was just this awful cycle. I went to the doctor on campus. I wasn’t overweight, I wasn’t unhealthy. And I remember the doctor looking at me and being like, “You look like you feel so good,” it was like something changed for me, because it wasn’t about what I looked like, it wasn’t even about weight. It was about, how are you doing; she actually saw me. I think that was really eye-opening for me because it was the first time a doctor saw me, it felt like, in terms of what my struggles were.
Her whole approach was about self-love and honoring our body and what our body wants, and listening to the signs, basically, for what our body is asking for. Are we thirsty? Are we lonely? I think that kind of parenting attitude was a turning point. You still take yourself everywhere you go. You can’t run from yourself.
Picasso is mentioned throughout your book. How do you respond to Picasso’s work now after years of considering him as a man, who as you discuss, was abusive toward women, but also his work in relation to beauty or ugliness?
I definitely viewed Picasso as a symbol for toxic standards of beauty, and I still do. But now, when I look at his work I think of all the women in his life. I don’t honestly give him that much credit because he took other people’s work and ideas. Yeah, artists are influenced by other people but I honestly don’t think he’s that great- he would have been nothing without the women he abused, and the cultures that he stole from, and the identities that he decided to just basically manipulate on canvas. I’m kind of indifferent to him now. I can appreciate some of his work, I can understand why it’s celebrated…for me, it’s meh. 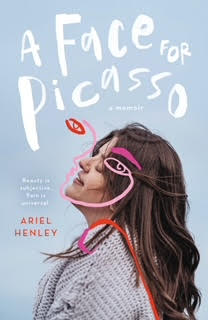 Toward the end of your memoir, you address that you have Post-Traumatic Stress Disorder. In college your therapist puts a name to the PTSD. What was this change like?
My therapist in college said, “You absolutely have PTSD.” It was obvious to them. I responded, “I haven’t been to war. What are you talking about?” I was treated constantly that I was dramatic or over-reacting; I was emotionally abused by the world. And thinking, not only did I deserve it, but stop complaining, stop crying, you’re fine. So it was really validating for someone to say, “You have experienced repeated trauma from the time you were an infant, and never even given the space to work through it, but also, it never stopped, and it may not ever stop.” The more I was able to learn about what that meant, the more empathy and love I was able to have for myself- this wasn’t my fault.
I think that the beauty standards that especially women are held to are so deeply ingrained, that there was this belief that as soon as we reached this certain aesthetic ideal, we wouldn’t have to be traumatized anymore. This was just the price that we had to pay to get to our real life.
So yeah, to go to college and to realize that one, that was never going to happen. Two, I didn’t even care enough anymore to put myself through the operations. And three, that I actually had PTSD, and it was understandable, and there was a way to get through this.
You wrote a lot about the emotional abuse of teachers. I also had teachers who clearly didn’t like me because I was an insecure misfit- they preferred the popular kids, the pretty girls. Many teachers were worse than the kids. I think our culture is slowly changing for the better, socially.
I have a theory that the teachers who act like that are the ones who maybe were misfits in school, as well, and they haven’t dealt with their own stuff. I don’t know if they are triggered, nope, can’t deal with this, you remind me of me when I was a kid, or what? They want to relive their youth; now they are liked by the popular kids. It’s like, go work that out in therapy and stop subjecting kids to this.
There is a thriving community of disability activists now, forming organizations and communities on social media. How do you see yourself fitting into this?
It is difficult in some ways, because I feel like facial difference is still not viewed on the same level. People will comment, “So, you experienced similar discrimination but overall experience isn’t the same as someone with a disability”. I find that absolutely offensive, and really problematic, because it’s like, you don’t even know my experience. What would it take for me to have a disability? Sixty plus surgeries, that doesn’t count? Wearing hearing aids and being hearing impaired, that doesn’t count? So what would count?
But for the most part, I feel like the disability community is super inclusive and amazing, and celebratory of unique perspectives. So yeah, it’s complicated, like everything else.
I really, really want to bridge that gap between ableism and lookism, and kind of help people understand that discrimination against someone based on their facial difference is ableist. It isn’t just, oh you hurt my feelings. It’s discrimination when you don’t even get opportunities, again not only are you not given the same opportunities but you are not even respected enough to have your views listened to, there’s no one to complain to- a lot of times there’s no one to complain to because no one cares.
It’s like having a facial difference or disfigurement, it’s like I mentioned in my book, you are a physical representation of the things that people fear: their fear of mortality, their fear of disease, their fear of illness, their fear of death and disability.
This interview has been edited and condensed for clarity and length. 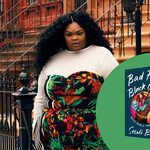 by Natelegé Whaley
“There are a hundred different types of hood girls in the hood,” says author Sesali Bowen. “[Look closer, there's] an array of stories about Black resilience and Black beauty and Black excellence and creativity.” 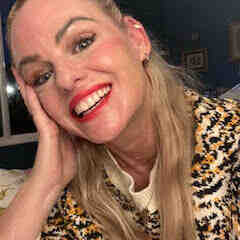 Maggie May Ethridge is a writer published in The Guardian, Rolling Stone, The Washington Post, and many more. Her books Marie Curie: Radioactivity Pioneer, and Atmospheric Disturbances: Scenes From a Marriage are available on Amazon.