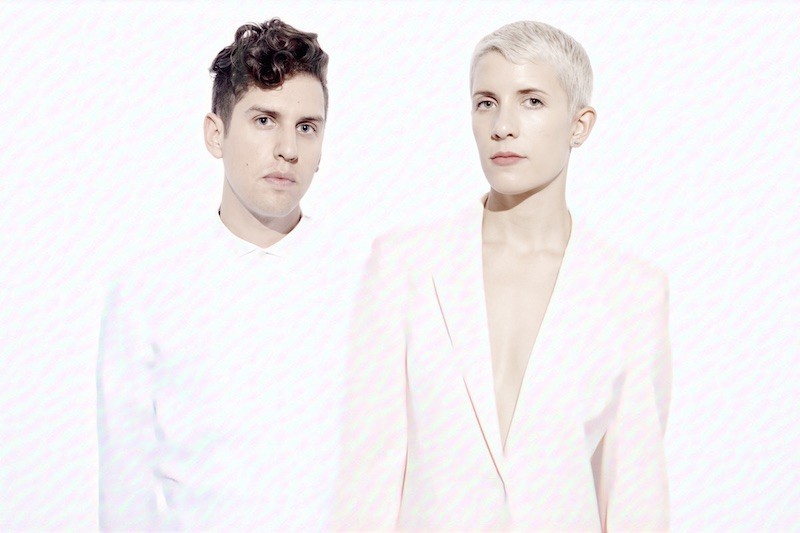 This week, the electro-pop duo Yacht shared a disturbing story on their Facebook page. The pair, Claire Evans and Jona Bechtolt (who are also dating), wrote that they had filmed themselves having sex and that the tape had been leaked online without their consent. Their sincere-sounding post discussed the humiliation and anger that comes with having a private, romantic moment stolen and disseminated to the world:

“We assumed that we were the only people who would be privy to that video. I guess we were naive. Now you have the option to be privy to that video. For us, that’s a shame. We feel like art is an act of generosity. The art we make for the public is for that expressed purpose. And now we’re in an awkward situation where the art that we made for us and us alone is being viewed by anyone who has the inclination to hit play—a true and humiliating blurring of the public and private.”

A few hours later, the band followed up with another note, saying that since the video was already out there, they would try to “take some kind of ownership over what has happened” and distribute the video themselves for $5 a download. “If you feel like you 100% have to see this tape, don’t stream it on some tube site, or download a torrent. Instead, we beg of you to download the video, Louis C.K.-style, directly from us,” they wrote.

Yacht fans responded with an outpouring of love and support, posting hundreds of genuinely moving comments.  “What one does in private time, if both partners agree, is a wonderful thing. I'm sorry it has gotten out to the public. Don't feel shame or sadness,” wrote one fan. “I don't care about any tape or your private lives but I now dig you guys even more. I believe people call this being authentic!” wrote another.

A day later, it turned out the whole thing was a hoax. As Jezebel reported, the band had been planning to stage a “leak” of a sex tape for months as a way to promote the new music video for their song “I Wanna Fuck You Til I’m Dead.” So much for being authentic. Soon, Evans and Bechtolt posted a statement on their site (that has now been removed) explaining the whole thing was supposed to be social commentary: “We released [the sex tape] as a slowly-unveiling conspiracy, inspired in equal part by The X-Files, Nathan for You, and The KLF. It’s a project that allowed us to play with science fiction, the attention economy, clickbait journalism, and celebrity sex tapes all at once.” That non-apology was upsetting.

Instead of being a mysterious and intellectually compelling “slowly-unveiling conspiracy,” this stunt was hurtful and disturbing in so many ways. If the band had released a sex tape, that would have been fine. But this hoax hinges on the duo pretending to be victims—victims of a crime that actually ruins people’s lives. This is maybe an art project for Yacht, but it’s not something that the thousands of people—predominantly women—whose photos and videos are distributed online without their permission can laugh off.  Actual victims of revenge porn have reclaimed their stolen images in the way Yacht pretended to: After photos of journalist Emma Holten were posted online, resulting in years of harassment, she decided to pose for and release a new set of photos as a way of reclaiming ownership of her own image. In the hands of an actual victim, posting naked photos online is a subversive act. In the hands of a band that’s using the same tactic to promote an album, it’s exploitation. 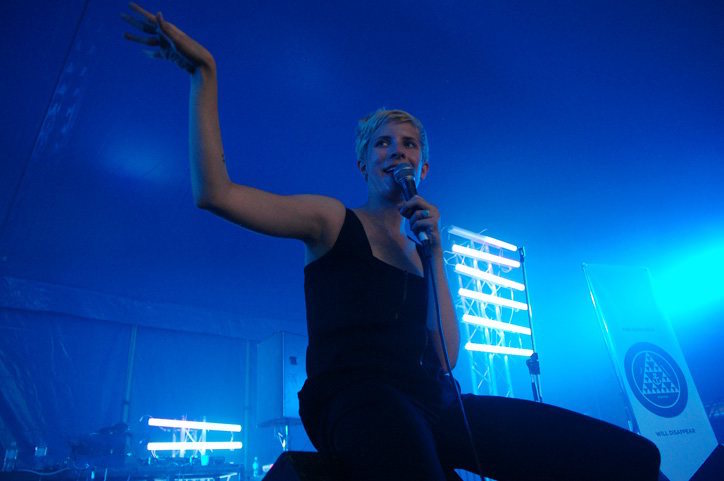 Plus, this hoax doesn’t work as genuine social commentary because the people being pranked are Yacht’s fans. Hundreds of people expressed sincere love for Evans and Bechtolt after their first announcement. What is the commentary here, again? That people who responded to a Facebook declaration of sexual assault with compassion are actually playing into celebrity clickbait culture?

I’ve been a fan of Yacht for 10 years. The band has long held a special place in my heart, as I bet it does for many fans, precisely because they approach their work with such sincerity. When I was an awkward, 17-year-old wallflower college student, Yacht was one of the very first shows where I felt safe dancing. Back then, the band was just Bechtolt with a laptop, and he combined music with Powerpoint presentations. The totally weird, totally joyous approach to music in a scene that’s usually way too cool made me feel more comfortable with my own weirdness. Since then, I’ve seen the band perform live six times, and each show is a celebration. They’re a band that’s known for generosity: Evans and Bechtolt always make an effort to connect with the crowd, riffing off the energy their audience pours out and making time to talk personally with fans. I’ve loved Yacht not only for their music, but for their inclusive sensibilities.

Which is why this stunt feels like a betrayal. As social commentary, it’s mean-spirited and off-base. It doesn’t make fans’ sincerity feel safe and respected; it does the opposite. Worse case scenario, it will further contribute to real-life victims of a heinous crime being treated with doubt. I can see someone else making a revelation like Yacht’s and having people wonder, “Maybe this is a hoax, like that one band…”

I emailed Yacht with a request for comment on this, but they haven’t replied. However, this morning, the band erased the “conspiracy” statement and updated it with a new one, apologizing for the video stunt and saying they’ve heard the criticism loud and clear:

“We take full responsibility for what has happened, and we are truly sorry. We know we’ve broken a bond of trust with many of our fans and friends. Thank you to those that called us out and helped us to understand the gravity of the mistake we made. We should not have hinged this entire project on the fiction that we were the victims of a leaked tape, and we’re equally disappointed in ourselves for taking so long to get over being shocked at the response and write this apology.”

I’m glad the band has seen the massive problems with this stunt and are listening to the people who called them out. It’s also worth noting that they didn’t actually charge any of the people who tried to ante up $5 to see the video. But the fact that the band didn’t make any money off this feels like it’s beside the point. The apology certainly helps, but this is a wound that will take a long time to heal.