How Fanfiction Connects Us Across Time and Space | Bitch Media

To Fandom, With LoveFanfic Lets Us Imagine a Better World, Together 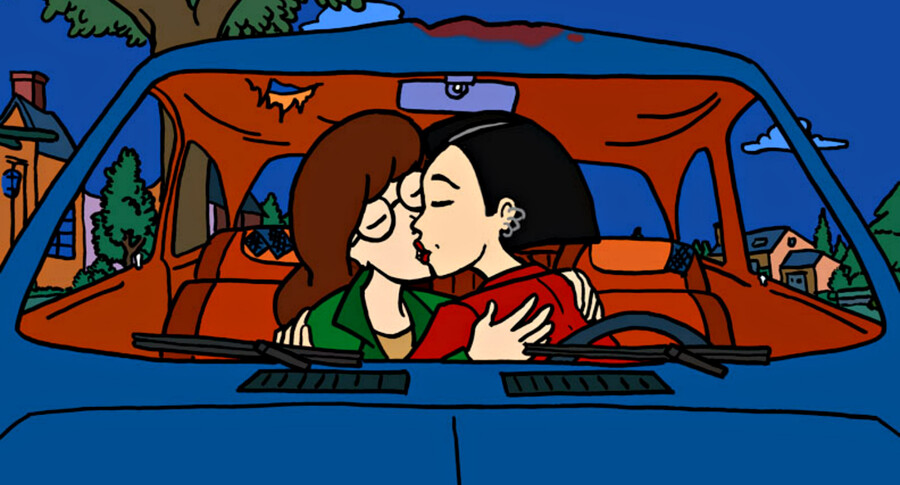 A lot of people developed odd fixations or hobbies in lockdown. Me, I read—and, soon enough, wrote—a whole lot of fanfiction.

This wasn’t my first excursion into fandom. As a teenager, I read plenty of Harry Potter fanfic, and as an adult would sporadically head over to fanfiction.net and Archive of Our Own (AO3), usually as a result of hyperfixating on a book or TV show (Daria comes to mind) and desperately wanting to see queer women’s relationships depicted in the fictional universes I’d come to love. (There was a period during my first year of grad school, for example, where I’m fairly sure I read all the Daria/Jane femslash that was available at the time). But I’d never really committed to a fandom, and I had certainly never written fic.

That changed when the pandemic hit and shelter-in-place began. I got sucked into a smallish fandom and, after promptly devouring a significant chunk of the available fic, I realized there were stories I wanted to tell too. So I started writing, and the words kept coming. The short pieces I posted on AO3 were reasonably well received, so I kept going, delving further into the moral, social, and emotional lives of the characters at greater and greater length. At first I didn’t really expect much in the way of feedback. But people began telling me that what I wrote meant something to them. That the way I wrote queer women who love and support one another, or wrote humane, believable portraits of neurodivergence, made a positive difference. Though a significant part of my day-to-day work concerns the real-world consequences of text, it was startling  to realize that something I’d written could matter so directly to others.

I also made friends through fanfic—actual, honest-to-goodness close friends. Comments on each others’ fics turned into email correspondences that began with exchanging headcanons about our favorite characters, and expanded into mutual care and support—often around issues we’d first broached anonymously in our respective works. In the past nine months, these friends and I have, from a distance, been there for one another through a range of personal and professional crises, and helped fend off each others’ brain weasels. They have read my article drafts and offered constructive thoughts on my book project; I’ve offered reading lists and read a draft of a play. These friendships have been wonderfully life-giving features of a strange and terrifying year, and they’re no less real or worthy for their remoteness.

I tell this story because the COVID-19 pandemic and its consequent social-distancing practices have generated an ongoing discourse about the importance of face-to-face interaction in a range of circumstances, from K–12 and college classrooms and workplaces to religious services and friendships. This makes sense: For many people, in-person communication  and everything that attends it—body language, nonverbal cues, ambience, physical touch—is important. But it doesn’t follow that remote relationships can’t be intellectually, socially, and emotionally valuable in their own ways. Indeed, the claim that interactions are less rich and meaningful when they aren’t face to face belies whole corpi of historical, literary, and religious tradition. From the Pauline epistles to the rich history of epistolary friendship, to scholarly, literary, and political teaching, collaboration, and mentorship, we have masses of evidence of genuine, substantial relationships that have been built across physical distance.

One especially notable body of tradition that helps us think about what’s possible with remote relationships is the rabbinic canon. Long before the internet, rabbinic texts like the Talmud and the Midrashic literature gave us a picture of emotionally complex and intellectually rich interactions that unfolded across multiple lands and centuries. The study of those  texts—which is meant to be a partnered, discursive activity—is yet another layer of participation in that ongoing conversation. And in the internet age, this form of study has continued to flourish, both as informal Skype chevrutas (text-study partnerships) and in the form of more organized remote study programs like Project Zug.

The ability to tell stories, find meaning, and communicate with others across boundaries of space and time isn’t the only similarity between rabbinic text and fandom culture. Scholars have observed that the activity of writing fanfiction bears more than a passing resemblance to the activity of Midrash—a particular form of rabbinic interpretation of sacred text that invites active, imaginative participation. Fandom may not usually interpret sacred texts in the same way (although Talmud fanfiction does exist, and what are Dante’s The Divine Comedy and Milton’s Paradise Lost if not Bible fanfiction?) but it does invite people to participate in an ongoing process of interpretation and recreation of a shared canon. In both cases, physical proximity isn’t necessary for this shared canon to serve as a grounding axis for the community that forms around it.

And, as one of my fandom friends has pointed out, there’s a kind of queer intimacy to fanfic—an emotional immediacy that is facilitated by anonymity and a permission to explore raw feelings via a commonly understood cast of characters. This intimacy is similarly present in rabbinic texts, as is the commonly held cast that facilitates it. Just as reading and writing fic that deals with Kira Nerys’s experiences of trauma and exile, or that imagines Catherine Parr (as she appears in the musical Six) grappling with complex grief can facilitate dialogue on these issues, so too can studying a text in which Rabbi Yohanan and Rabbi Eleazar grapple with grief, suffering, and mortality.

Finally, fandom allows us to collectively imagine and participate in better, more just, and more satisfying stories than the ones presented to us as fait accompli. It allows fans to, for instance, express collective outrage over the tendency to kill off pop culture’s queer, disabled, BIPOC, and sex-working characters, and then use what’s called “fix-it” fic to give those characters better storylines. Rabbinic text, too, participates in fix-it fic of a kind—as when, for example, it imagines a pious Jew mouthing off to a Roman soldier and not just living to tell the tale, but actually changing the soldier’s way of thinking. Such acts of imagination can powerfully shape real-world relationships of genuine care and support. The ability to draw a convincing portrait of a better world is, after all, a crucial skill for making a crisis feel just livable enough to keep on for a little bit longer.

Fandom allows us to collectively imagine and participate in better, more just, and more satisfying stories than the ones presented to us as fait accompli.

I’ve drawn incalculable strength and comfort from the friendships I’ve made through fandom during these past months. They’ve helped me practice these interpersonal virtues in deep and intense ways, through a form of creative expression practiced just for the sheer joy of it—something I’d nearly forgotten, after years of doing only academic writing, I still had the ability to do. When my friends and I exchange feedback on fic—and, for that matter, when I tell a fandom friend who’s never encountered Talmud before an especially wild rabbinic story, and they respond with wonder, enthusiasm, and glee—it reminds me that the kind of world where such caring and genuine exchange is the norm is, in fact, possible. We cannot, must not, take that kind of thing for granted.

The exchanges that spaces like fandom and textual cultures like the study of rabbinic tests make possible show us that an interaction doesn’t need physical proximity to be deep, substantive, and life-giving. They remind us of the broad range of ways we can connect with one another in personal, pedagogical, intellectual, and political relationships. And it reminds us that it’s important to preserve and appreciate remote connection even after the pandemic is over, lest we exclude far more people than we might realize from work, education, and our conception of what a good, meaningful, and interdependent life can look like. In part II, I’ll look at specific ways that these possibilities for remote relationships can build a more just and accessible world. I want to ask just what a future where we don’t think of communication as either face-to-face or remote—but think of both as valuable, important conduits—might look like.

Read this Next: Fanfiction to Film 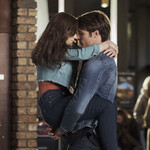 by Rachel Charlene Lewis
Why are the fanfics that become films so misogynist? 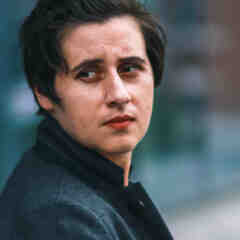