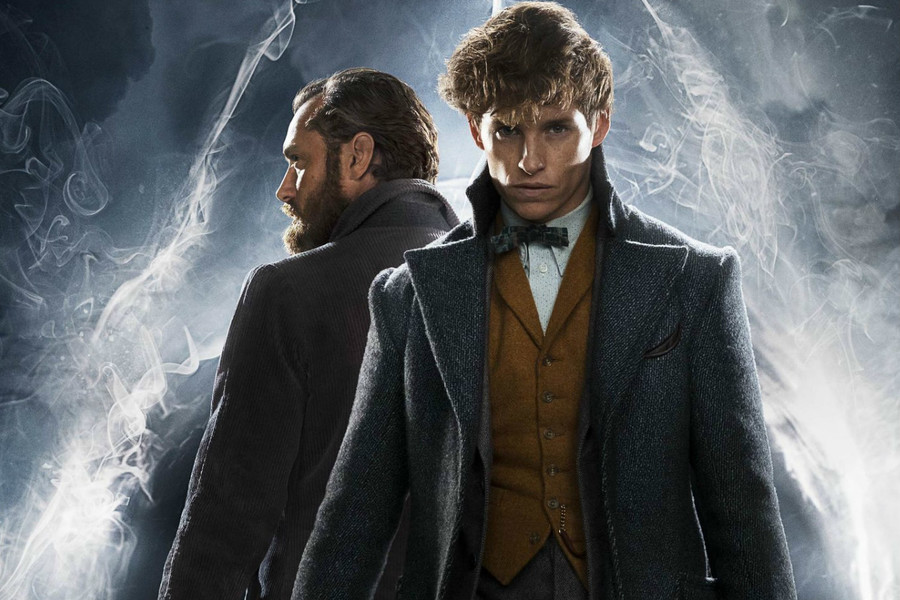 Eddie Redmayne as Newt Scamander and Jude Law as Albus Dumbledore in The Crimes of Grindelwald (Warner Bros.)

Fantastic Beasts: The Crimes of Grindelwald, a.k.a. grimdark Harry Potter, opened on November 16 to tepid reviews, including a 40 percent Rotten Tomatoes score, and the worst opening box office of any film in the Potter franchise. Deciding to keep Johnny Depp in the cast  after he’d been accused of committing intimate-partner violence represented a profound failure to read the room as studios drop actors who’ve had physical or sexual abuse allegations levied against them. The Crimes of Grindelwald’s lack of awareness goes much deeper than a mere miscasting, though. Potter’s devoted fanbase has long loved how the books and movies pair a sense of delightful whimsiness with pleasing moral choices: The Boy Who Lived, enduring years of abuse, trauma, and violence, defeats evil, falls in love, and creates the family that he was once denied. Even now, watching the original films, released from 2001 to 2011, feels like slipping into a cozy sweater. The Crimes of Grindelwald, on the other hand, feels like trying to squeeze into a too-tight raincoat.

J.K. Rowling’s script is full of continuity errors, including Minerva McGonagall teaching at Hogwarts before she was born, Albus Dumbledore (Jude Law) having a sibling we’ve never known about, and an unexplained blood pact being used to explain Dumbledore’s refusal to raise a hand against dark wizard Gellert Grindelwald (Johnny Depp). These kinds of canonical changes are painful for the fans who turn out in force for each new book, play or movie; attend theme parks in the millions every year; get Potter-themed tattoos; and have created an entire academic discipline devoted to Rowling’s work. Some even explicitly base their lives and careers on the ideals represented in the books: courage, friendship, loyalty, and standing against the forces of evil.

While society is engaged in conversations about what pop culture and the people who create it owe to audiences, The Crimes of Grindelwald hits viewers with racism, sexism, and a glib treatment of the rise of the Nazis. The film draws on the “tragic mulatto” stereotype; deploys a racist and sexist storyline (borrowed from Indian mythology) about a woman described as Indonesian, but played by a Korean actress, who’s forced to turn into a snake; and plays on the tired “evil albino” stereotype. This cornucopia of harmful tropes masquerading as a teen movie was a profound slap in the face to longtime fans who believe that Rowling’s magical universe echoes the growing fight against the global rise of fascism.

The film, which follows the magical creature-obsessed Newt Scamander (Eddie Redmayne) as he tracks dangerous wizard Credence Barebone (Ezra Miller) to Paris, is an outstandingly lazy attempt to squeeze more money out of a beloved franchise without acknowledging its onscreen and literary legacy. Scamander encounters Grindelwald and his right-hand woman, Vinda Rosier (Poppy Corby-Tuech), two criminals who espouse Nazi-like beliefs, including the idea that Muggles are beasts of burden for wizards. “I say the Muggles are not lesser, but other. Not worthless, but of other value. Not disposable, but of a different disposition,” says Grindelwald in a closing speech that Leni Riefenstahl would envy. Grindelwald produces a sort of prophetic magical newsreel of the lowlights of World War II that argues wizards must “take our rightful place” to prevent such horrors: “That is what we are fighting! That is the enemy—their arrogance, their power lust, their barbarity.”

After wizard police officers raid the crowd and accidentally kill one of Grindelwald’s followers, there’s a grand battle that ends with a “to be continued…” escape, setting the franchise up for three more movies. An allegory for the rise of the Nazis wherein only another version of Hitler can stop Hitler is tasteless, especially as the world experiences an uptick in anti-semitism. The profound disinterest in proactively fighting fascism is most offensive; at multiple points, we’re informed that stopping Grindelwald’s rally would play into his hand, so it’s better to let the events, no matter how horrid, play out. A character even remarks that it’s “not illegal to listen to him”—in a movie set when Hitler had just come off a two-year ban on public speaking imposed by the Bavarian government. The tragic outcome of the raid indicates the film’s opinion on giving Nazis airtime. (Let us not forget that the last person who died at a Nazi rally was an anti-racist activist.)

At The Walrus, Nara Montiero argues that Rowling’s decision to play fast and loose with the Holocaust carries dark implications. “The genre has crossed paths with real life before, of course, but 2018 is the era of post-truth—and the line between fact and fiction is blurrier than ever,” she writes. “Fantastical rewritings of traumatic historical events risk overwhelming fact, and if anyone has the cultural power to rewrite history, it’s J.K. Rowling.” While The Crimes of Grindelwald could be considered just another mediocre sequel with endlessly rewarmed elements, Rowling herself has claimed her work is something more, and, in 2008, challenged Harvard graduates to confront evil with imagination. Potter’s battles have become a popular metaphor for resisting fascism, with Dumbledore’s quote, “Dark times lie ahead of us and there will be a time when we must choose between what is easy and what is right,” really resonating with readers.

But it’s difficult to see Fantastic Beasts as a beacon of progressive hope when the original books are basic and fatalistic, with characters who are prodded into making poor choices under the guise of operating in free will. Tellingly, those who exert the most free will in the Potterverse are also those with the most to lose, like house elves defying years of oppression or centaurs being exiled for going against their communities. Rowling often replicates the very elements of society that she condemns, whether that’s applauding transphobes on Twitter, defending Depp, or telling fans that the only way to stop fascists is to…not stop them?

Much is made in The Crimes of Grindelwald about the need for Muggles and wizards alike to choose Dumbledore and the powers of good or Grindelwald and the forces of evil. But Scamander waffles continuously, preferring to focus on the eponymous fantastic beasts when the Ministry calls on him to join the hunt for Barebone. He’s reluctant to get involved in the cataclysm threatening the wizarding world until his love interest gets sucked in. And this divide continues in Potter’s world decades later, where reluctant wizards only respond to Voldemort’s violence when he spirals out of control.

This is such a disempowering vision that one wonders which version of the Potterverse is being referenced in the signs so many millennials defiantly wave at rallies held to protest the rise of an autocratic president—the mythos that evil must be resisted by all means possible, or the reality, where those awakened by the personal impact of hate are moved into narrow, performative action?

Read this Next: Cloaking White Supremacy 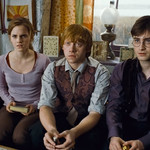