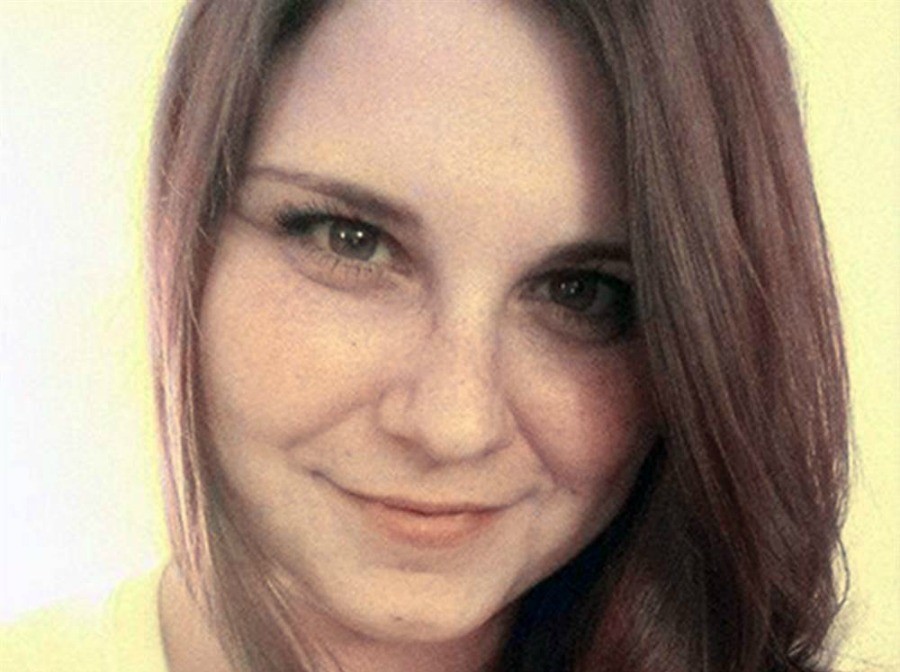 On August 12, Heather Heyer defended Charlottesville from the mob violence of neo-Nazis and white supremacists—and she paid with her life when James Alex Fields allegedly plunged his car into a crowd of protesters, killing her and wounding several others. As millions of people were reeling from the act of domestic terrorism, Andrew Anglin, editor of neo-Nazi website the Daily Stormer, published a blog post titled “Heather Heyer: Woman Killed in Road Rage Incident was a Fat, Childless 32-Year-Old Slut.”

“Despite feigned outrage by the media, most people are glad she is dead, as she is the definition of uselessness,” Anglin wrote. “A 32-year-old woman without children is a burden on society and has no value.” He also called Heyer a “fat slob,” “gross creature,” and “Heather fatty fat,” among other slurs, and later said he was “amused” by the multiple death threats he received as a result of his tirade. Members of the Daily Stormer and Stormfront, the “oldest neo-Nazi web forum on the internet,” mocked Heyer and celebrated her death by posting memes with the words “COMMUNIST WHALE” superimposed on a photo of her laying on the ground partially nude while street medics attempted to save her life.

The deployment of fat-shaming, along with retrograde misogyny, has been central to advancing white supremacy in the United States since at least the 1800s, according to Amy Farrell, an American studies and women’s and gender studies professor at Dickinson College. In her 2011 book Fat Shame: Stigma and the Fat Body in American Culture, Farrell argues that in the 19th century, fat became a marker for deeming a body inferior and outside the boundaries of what counted as a “proper American body.” “Fatness,” she writes, “was a motif used to identify ‘inferior bodies’—those of immigrants, former slaves, and women—and it became a telltale sign of a ‘superior’ person falling from grace.” In the 1900s, postcards mocking fat white women “promoted the idea that a fat white woman’s body was a body out of control, attractive only to those men who were themselves less civilized.” 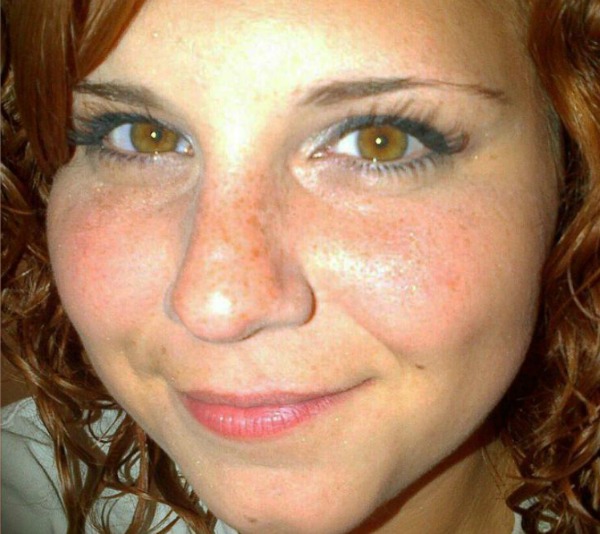 A 1907 postcard with the pun “Irish descent” depicts a fat, middle-aged Irish servant woman falling down the stairs and ineptly breaking mealtime dishes, a clear reference to the woman’s insufficient whiteness and incompetence. Farrell terms this an illustration of “the cheating, stupid, and coarse immigrant” stereotype.

Identifying fatness became a way to categorize bodies as deviant and defective. After Charles Darwin’s acclaim in creating a system for classifying the animal kingdom, some social scientists (who were overwhelmingly white and male) attempted to devise a similar system for classifying people. Using distorted science, they justified their prejudiced views that whiteness and maleness were at the top of a civilizational hierarchy. Fat-shaming went hand-in-hand with the dehumanization of people of color and people of various European ethnicities not considered sufficiently white, such as Irish and Italian people. For example, Saartjie Baartman was enslaved in her native South Africa and exhibited at European freak shows because of the size of her labia and buttocks.

When she died, her remains were preserved and put on display in a French museum for decades. The white terrorization and fetishization of Baartman is intimately connected to her hypersexualized black womanhood as well as her voluptuous body shape. This use of distorted science to confirm preexisting biases is what helped propel the popularity of eugenics well into the 20th century, resulting in mass atrocities such as the forced sterilization of Black, Puerto Rican, and indigenous women and people with disabilities, as well as the psychiatric torture, incarceration, and murder of queer and trans people. 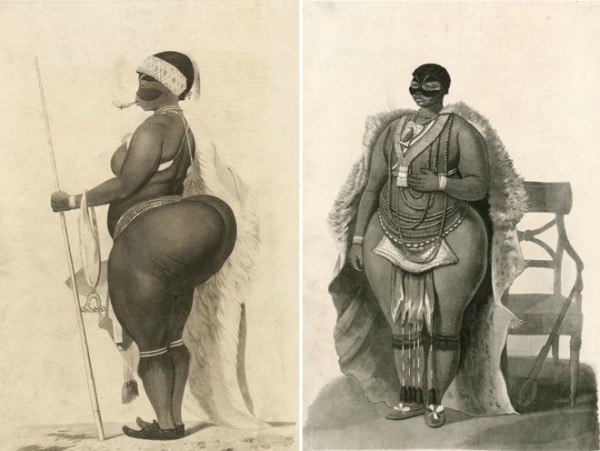 These types of views helped propel the popularity of eugenics well into the 20th century. Eugenic ideologies were exported to Nazi Germany, where they flourished through Adolf Hitler’s deadly theories about Aryan purity. Under a Third Reich framework of eugenics, the Nazis “encouraged selective breeding for Aryan traits (e.g., athletic, blond and blue-eyed).” The encouragement of athleticism in order to propagate a fit master race is coded anti-fat rhetoric made to devalue fat bodies. Dr. William Preble’s asserted in his 1915 article “Obesity and Malnutrition” that “the Jewish people seem inclined to adiposity,” or fatness, was perhaps a foreshadowing of the Nazi obsession with “racial hygiene” and anti-semitic bodily perfection.

This emphasis on fit bodies was coupled with a fixation on heterosexual reproduction—all an effort to control white women’s bodies for racist ends. According to a white supremacist understanding that “the white race” must be preserved against “white genocide,” the control of white women’s bodies becomes paramount for producing as many white babies as possible. This stereotype lives on in America. A similar style of “führer knows best” discourse is at play in the white supremacist fat-shaming of Heyer. Heyer, in defying the mandate to uphold a normative vision of thin, blonde, young white female beauty represents a basic type of feminist autonomy that is enraging to violent white men who expect compliance from women. Thus, Heyer becomes “fatty fat,” she becomes—gasp!—“childless,” and she becomes the ultimate symbol of the sexual double standard: a “slut.”

And while fat white women unquestionably still retain their white privilege (note the outpouring of sorrow upon Heyer’s death from white people who couldn’t be bothered to shed a tear over the murders of Rekia Boyd or Sandra Bland), being a fat woman in this society does not allow for being treated with the same virtue and basic human decency as being thin does. We can see this from the most common everyday fat-shaming to the grotesque bullying coming from the highest political office in the land. 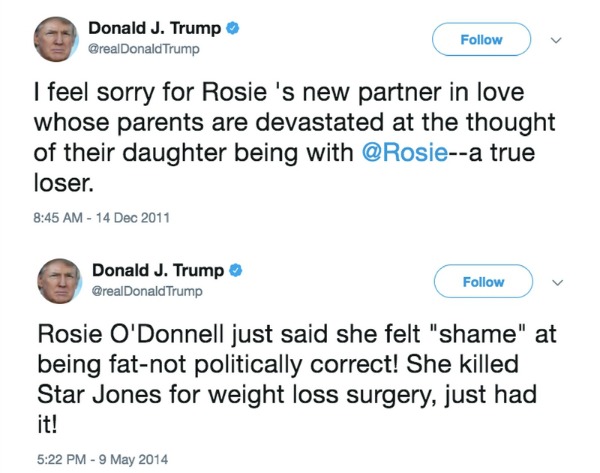 Donald Trump, who stood up for the neo-Nazis in Charlottesville, secured the presidency while being an accused sexual predator and ruthless champion of fat-shaming. Trump has attacked Rosie O’Donnell for years, calling her a “slob,” “pig,” and in being in possession of a “fat, ugly face.” He made sexist and racist attacks against former Miss Universe Alicia Machado, whom he called “Miss Piggy” and “Miss Housekeeping,” at one point forcing her to work out in front of TV cameras. Trump’s character and actions are proof that white men in power believe their prejudices are the ultimate arbiter of everyone else’s worth. This is a fact disturbingly applicable to the neo-Nazi attacks on Heyer.

While it is tempting to think about white supremacists’ appalling postmortem fat-shaming of Heyer as an example of sociopathic cyberbullying, which it undoubtedly is—and is all too common an experience for fat girls and women—we must not end our analysis there. This fat-shaming is also an attack on Heyer both as a “failed” white person and as a “failed” woman: a white “race traitor” who dared call out white supremacy, and an incomplete woman who lived life on her own terms instead of as an Aryan Barbie or a Handmaid’s Tale-esque vessel for more white babies. Heyer was “useless” only in bolstering a white supremacist dystopian future, and for that she was martyred, along with the many Black and Brown people murdered and incarcerated every day in the name of white supremacy.

The fury unleashed at Heyer by these domestic terrorists is, ultimately, the rage of wounded egos failing to contain the spirit of an uncontainable woman. For even while their hate succeeded in murdering her, what she stood for and what she continues to inspire in others burns brighter than any culturally appropriated Tiki Torch.

The 40,000 of us who marched and rallied together to defend Boston against racism, antisemitism, and neo-Nazi incitement to violence a week after Charlottesville are evidence of that. These white supremacist screeds against Heyer’s worth as a human can’t be downplayed as “trolling.” Let them be a call to action in our future activism as we fight to manifest a society that exemplifies the best of our human empathy, love, and respect for difference. Maybe if we had done this earlier, a fat-shaming cyberbully and neo-Nazi sympathizer wouldn’t be sitting in the White House.

Shannon Weber, Ph.D is a Boston-based queer femme writer and researcher who writes about U.S. politics, social movements, feminism, and spirituality. She is a Content Writer at The Body Is Not An Apology, a contributing writer at Bitch and AlterNet, and has also written for Teen Vogue and Everyday Feminism, among others. A former gender studies professor, she is a recognized expert and published scholar in gender and sexuality studies. She loves autumn, tarot, and her dog daughter Francesca. Say hi on Twitter @ShannonWeberPhD! 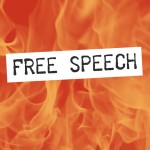