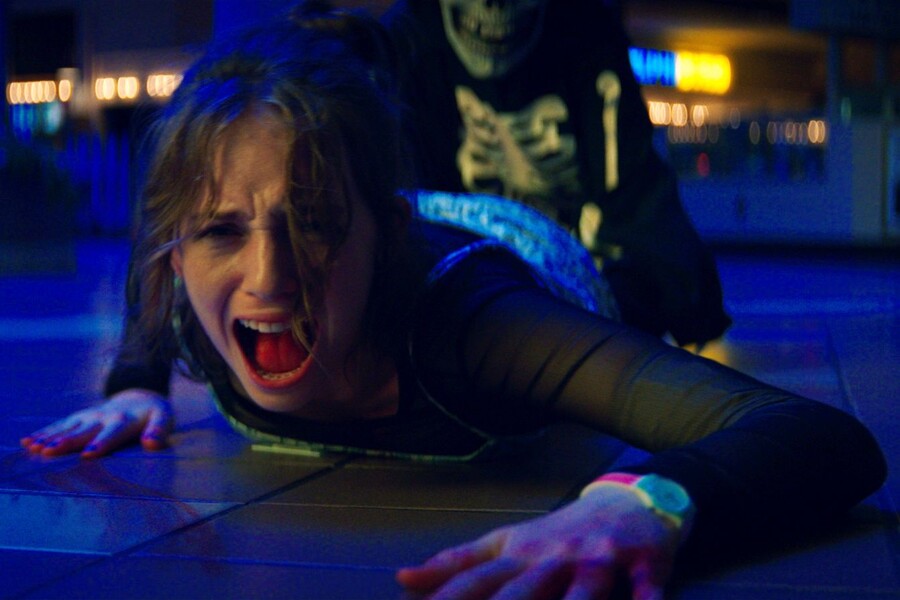 For decades (if not centuries), horror and all things that come with it—Halloween, witches, and recently the Babadook—have often been associated with queerness. That’s not to say the elements of the genre are inherently “gay,” or that modern witchcraft or the pagan roots of Halloween are specifically queer. But within queer circles, horror and its aesthetics are often claimed and joked about as existing “for the gays.” Whether it’s because other holidays, such as Thanksgiving and Christmas, can be difficult for members of the LGBTQ community, or it’s the opportunity for outward expression and celebration of otherness that gets queer people excited about Halloween—it just tracks time and again. But despite being beloved by LGBTQ audiences, queer people are rarely represented within the genre of horror. And when they are, they’re certainly not faring too well. To be fair, horror is rarely pleasant and few characters really win when it comes to the genre. And queer people’s suffering isn’t exclusively relegated to horror stories. For example, the Bury Your Gays trope—an overused plot device in which one of the few queer characters or the only queer character is killed off while the mostly-straight cast lives on—is seen across media genres. But horror often kills off marginalized characters that are “othered” in society. Most notably, Black characters were often known to be the first to die in horror films. If a lesbian character ever appeared onscreen, she would most certainly never become the girl who survives at the end, a.k.a. the Final Girl. This girl, such as Nancy (Heather Langenkamp) in the 1984 version of The Nightmare on Elm Street or Laurie Strode (Jamie Lee Curtis) in Halloween, is often a virginal, straight, white girl who outlives all her friends. Thankfully, Netflix’s new Fear Street trilogy kills (pun intended) these two specific tropes and makes them work, all while paying homage to classic horror.

I didn’t initially know Fear Street revolved around a queer love story, but I was drawn to a trilogy loosely based on R.L. Stein’s eponymous book series. Of course, Netflix’s film adaptation diverges greatly from the books. While the books focused on the Fier family’s curse causing a series of murders on Fear Street in Shadyside, the films added Sarah Fier’s backstory, the reasons she’s “cursed” Shadyside, and the queer relationship at the center of it all. Sarah Fier is Shadyside’s oldest urban legend. Accused of being a witch who cursed the town, she is seemingly responsible for a string of unexplained murders. Although she is seen as the villain in the first two movies, she’s actually the victim of homophobia and misogyny. The revelation of Sarah’s innocence gave audiences horror that overturned expectations. Because, let’s be real: how many trope-heavy slasher flicks can we see before it starts feeling repetitive? Why make the same movie over and over?

Fear Street answers that question perfectly: This trilogy exists because it refuses to prioritize straight, white leads like the slasher films of the past. It centers queer characters at the heart of its story, subverts the Final Girl narrative, and, in the end, challenges the Bury Your Gays trope.

Carol J. Clover, who coined the term Final Girl in her 1992 book Men, Women, and Chainsaws: Gender in the Modern Horror Film, defined it as the one woman who makes it to the end of a slasher flick. She’s often a brunette with a unisex name who abstains from sex and typically doesn’t drink alcohol or use recreational drugs. Horror movies have been attempting to subvert the trope for decades: Scream’s Sidney Prescott (Neve Campbell) has sex and still survives, while Happy Death Day’s Tree Gelbman (Jessica Rothe) literally has to die multiple times in order to save herself. Even Buffy Summers (Sarah Michelle Gellar), who has sex with multiple partners and dies twice, comes back to life to kill Sunnydale’s monsters and save the day in the series Buffy the Vampire Slayer.

Part One’s two protagonists—Deena (Kiana Madeira) and her off-again on-again girlfriend Sam (Olivia Scott Welch)—don’t fit the Final Girl criteria. Though Sam has a unisex name, she has blond hair and intentionally takes drugs to overdose and hopefully stop the curse that’s posessing her. Deena, who saves the day in Part Three, also isn’t the traditional horror lead: She’s nonwhite, has sex, and is queer. In fact, Deena and Sam have quite a bit of sex throughout the movies: Even when Deena is temporarily transported to 1666 in Sarah Fier’s mind in Fear Street Part Three: 1666, she and Sam, who’s reincarnated as Sarah’s forbidden lover Hannah Miller, share an intimate moment.

Yet, these anti-Final Girls survive all three films and end their town’s curse once and for all.

Fear Street centers queer characters at the heart of its story, subverts the Final Girl narrative, and, in the end, challenges the Bury Your Gays trope.

Historically, sex and horror go hand in hand, and as the 2015 movie Final Girls jokingly points out, characters are often killed while they’re being intimate or immediately afterward. Fear Street Part Two: 1978 follows Ziggy Berman (Sadie Sink), a rebellious and angsty Shadysider at Camp Nightwing whose uptight sister, Cindy (Emily Rudd), fits the criteria for a classic Final Girl. It isn’t until the film’s end that we learn Ziggy, whose full name is Christine, survives Cindy’s possessed boyfriend going on a killing spree. Cindy and her former friend, Alice (Ryan Simpkins), reconcile long enough to fight off the slasher, giving us great action sequences along the way. She’s a perfect Final Girl—until she dies. It’s a shocking twist that offers a complete 180 from what horror audiences are primed to suspect.

Though it’s worth noting that Sarah Fier dies in 1666, and she doesn’t come back to life, her death doesn’t necessarily cause despair. By the time we learn about Sarah and Hannah’s tragic love story, and the truth about Solomon Goode’s (Ashley Zukerman) betrayal, we can take comfort in Deena bearing witness to her story. Deena lives on, giving us hope that Sarah’s death wasn’t in vain. Out of context, or in the hands’ of a less intentional horror movie, Sarah Fier’s death could constitute a Bury Your Gays moment. The scene is tough to watch, and a queer woman is still brutalized and hurt because of misogyny, homophobia, and good ol’ Christian hysteria. But in the context of the trilogy, her death is cyclical. Although Sarah’s death is a tragedy, with Sarah never getting to kiss Hannah in the sun, it eventually drew Sam and Deena to this journey, and back to each other again.

Fear Street might just be a horror movie, but it might also represent a new dawn in the genre. Though I enjoyed horror as a child, I became accustomed to accepting crumbs when it came to queer representation. Yet, many queer horror fans, myself included, clung to queer subtext and sparse gay moments, such as Buffy’s beloved couple, Tara and Willow (Amber Benson and Alyson Hannigan), and the queer-coded relationship between Xena and Gabrielle (Lucy Lawless and Renee O’Connor) in Xena: Warrior Princess. But then, of course, those shows also let us down, with Buffy the Vampire Slayer mishandling its only same-sex storyline. Thankfully, there are now more opportunities for media to avoid falling into the trap of using dated, homophobic tropes. Yes, horror is horror; killers are gonna kill, and a big part of us wants them to. But Fear Street’s ending was still pretty significant: Deena and Sam made it out alive, becoming two queer girls who get to bask and kiss each other in the sun. 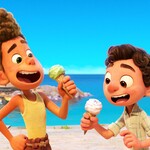 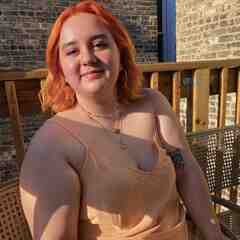 Alani Vargas is an entertainment journalist with writing credits at Bitch Media, Vogue, Bustle, The A.V. Club, Remezcla, and more. She laughs during horror films, but Halloween is her favorite holiday. Her favorite characters of all time are Poison Ivy, Buffy Summers, Villanelle, and Wanda Maximoff. And yes, “Night Shift” by Lucy Dacus still hits her where it hurts.  You can follow Alani on Twitter and Instagram.