Fearing Violence, a Hospital Told a Doctor to Shut Up About Abortion | Bitch Media

Fearing Violence, a Hospital Told a Doctor to Shut Up About Abortion 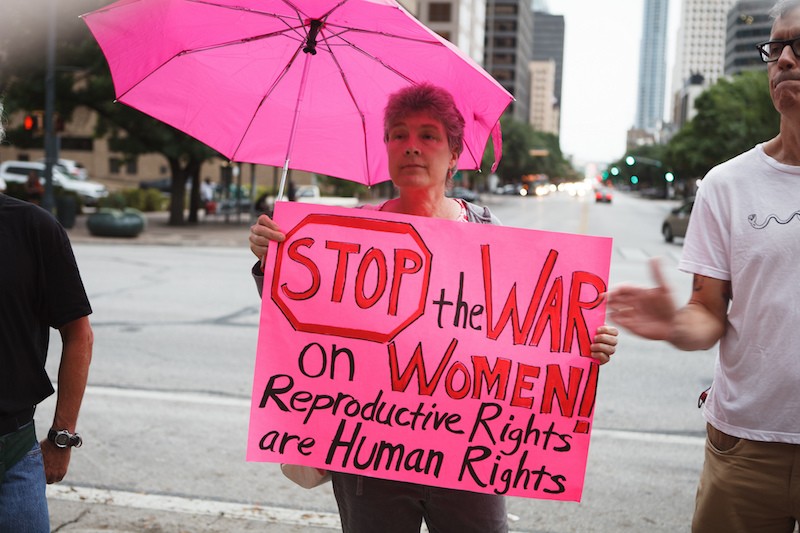 Dr. Diane Horvath-Cosper is making headlines this month after she filed a civil rights complaint against her employer, MedStar Washington Hospital Center in Washington, DC. The doctor says the facility ordered her to shut up about abortion.

Horvath-Cosper is one of many health care providers who risk their lives daily to treat their patients; in 2014,  52 percent of all abortion-providing clinics in the United States faced some kind of violent threat or intimidation. Horvath-Cosper is also one of many doctors who speak out and advocate for safe, legal, accessible abortion. In a culture where it is taboo to talk openly about abortion and advocate for the right to access pregnancy termination services, she’s taking a great personal risk, but she believes her conscience dictates it.

The civil rights saga started in October, when Horvath-Cosper wrote an op-ed for the Washington Post about her experiences as an abortion provider. She wrote the column after seeing herself on an anti-abortion website along with pictures of her infant daughter that right-wing activists had clearly captured from social media. It was an attempt to intimidate her. In response, she spoke out in the pages of a national newspaper. 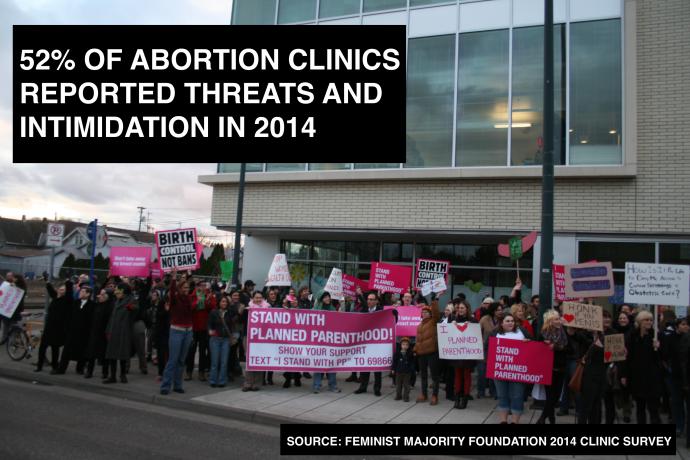 A protest against abortion restrictions in Texas during the 2013 legislative session. Photo by Mirsasha (Creative Commons).

One month later, a man shot and killed three people at a Planned Parenthood clinic in Colorado Springs, illustrating the very real dangers of talking about abortion. Horvath-Cosper spoke out again  in national media after the shooting to talk about the disturbing increase in anti-abortion violence in a year when antiabortion rhetoric and attacks were at a fever pitch—thanks, advocates say, to the misleading Center for Medical Progress videos released over the summer.

Horvath-Cosper’s advocacy could arguably be part of her job. As a Family Planning Fellow at MedStar, she is working on improving access to family planning services, which include abortion. Like many advocates, she’s concerned about the fact that abortion providers are retiring faster than they are being replaced. Training up a new generation to safely and compassionately provide the procedure using the latest evidence-based medicine is critical.

However, her employer, MedStar, has taken issue with her advocacy. According to her attorneys, “After December 4, the hospital refused to allow Dr. Horvath-Cosper to talk to the media about abortion and related women’s health issues, warned her not to take legal action, isolated her within the Obstetrics-Gynecology Department, and forced her to choose between remaining employed and sacrificing public advocacy on abortion.”

The hospital says it was worried about safety issues and reprisals and didn’t want to “put a Kmart blue-light special” on the fact that MedStar offers abortion services. The hospital’s safety fears are entirely legitimate, especially in a year in which arson and vandalism at abortion clinics were in the news. Similarly, fears for Horvath-Cosper’s safety are also legitimate. Being an abortion provider is unsafe. But telling doctors to shut up about abortion rights is not the solution. Instead, reproductive rights advocacy groups issue safety recommendations for facilities that perform abortions and make it clear that violent threats should be treated seriously—both by the clinics and by the government.

One big way to fight abortion stigma, and to secure abortion access, is to #ShoutYourAbortion, as Lindy West and Amelia Bonow put it. Horvath-Cosper is shouting her abortion, and muzzling her sends a clear message to society: Abortion is gross and unpleasant, the people who provide it should be ashamed, and the people who need abortions should apologize for it. These deeply entrenched attitudes are why even some moderates—like Hillary Rodham Clinton—support some restrictions on abortion instead of recognizing that we need abortion on demand and without apology.

MedStar made a grave mistake as a medical facility and as a social entity. Medical facilities shouldn’t be permitted to suppress the free speech of their providers—whether they are clinicians advocating for abortion rights or, yes, clinicians advocating for the opposite. In fact, there’s a law that specifically addresses this issue: the Church Amendment. While it was designed as a conscience clause to protect anti-abortion physicians, Horvath-Cosper is utilizing it in her case to argue that she is also exercising her conscience and strong moral convictions to protect access to abortion. If she can set a legal precedent, it could be an important moment for abortion providers.

If the response to threats is to shut up, anti-abortion advocates win. This issue came up just last week in the Angel Dillard trial, in which a jury had to consider whether a threatening letter sent to an abortion provider in 2011 was “intended to intimidate” a Kansas physician. Oddly, the eight-person jury agreed that a “reasonable person” would consider the letter a threat, but that it wasn’t intended to act as a form of intimidation, despite the fact that the sender evoked vivid and dangerous language.

Antiabortion advocates like nothing more than suppressing speech about abortion, because it adds to the stigma around the procedure and enables their campaigns to severely restrict or ban abortion access. As discussions about the people who have abortions are suppressed socially, the same silence tends to extend to pop culture. A recent study examined depictions of abortion on TV and noted some interesting, and disturbing, trends.

Overall, the study found, abortion didn’t come up often on television, and when it did, it didn’t reflect the social and demographic reality of who gets abortions and why. The study showed that American television made abortion seem more dangerous than it really is, and it depicted most recipients of abortion as white, young, and middle to upper class. Erasing the realities of the abortion landscape in pop culture has consequences in the real world. It further contributes to stigma and reinforces the cone of silence around abortion and the people who provide it.

Care providers who are unwilling to shut up about the procedures they perform, and who offer full-spectrum abortion services and training, are exercising their rights to freedom of speech and association. They’re also doing their jobs: caring for their patients, improving the quality of medical treatment, and creating a network of providers who support access to quality medical care.

MedStar lost sight of that in its defensive fear and its hurry to hide abortion under a rock. It’s time to start flipping some rocks alongside Horvath-Cosper, because abortion is never something to be ashamed of, and treating it this way creates a dangerous landscape for those who provide it and need it.

Read This Next: In This Election, More Than Ever, Our Reproductive Rights Are at Stake
Read This Next: New Documentary “Trapped” Focuses on the Front Lines of Abortion Rights