5 Feminist Albums That Got Us Through April | Bitch Media

5 Feminist Albums That Got Us Through April 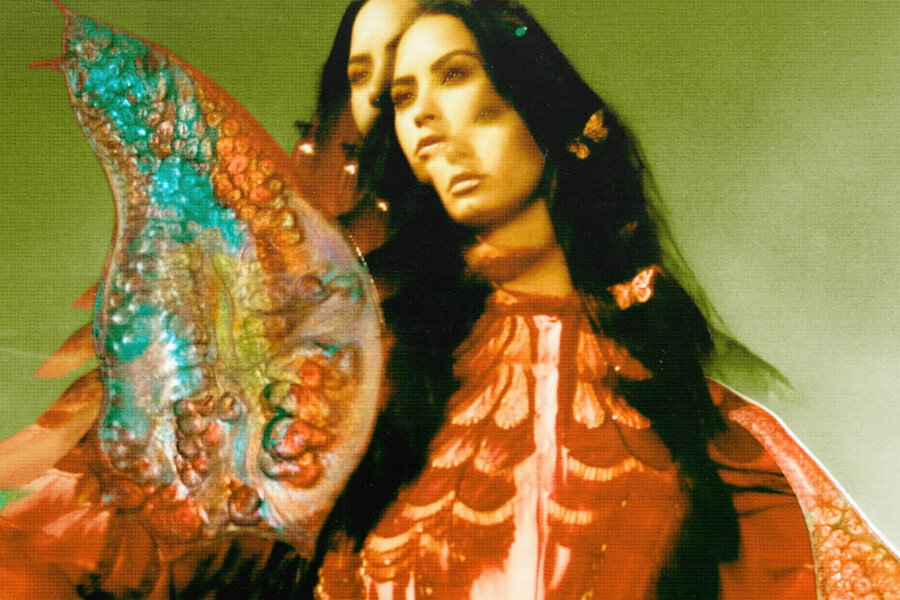 Demi Lovato on the cover of Dancing With the Devil: The Art of Starting Over (Photo credit: Dana Trippe)

Spring is in full effect: Flowers are blooming, the sun is staying out longer, and the time has come to take long walks in the park and have ice-cream dates and picnics. And despite the bleak circumstances of the last 13 months, musicians haven’t stopped releasing new albums. We’re all still searching for comfort and inspiration; for our inaugural monthly list of music selections, here are five projects that made our April more manageable. Happy listening!

Demi Lovato, Dancing with the Devil…The Art of Starting Over

Demi Lovato - Dancing With The Devil

On her first album in four years, Lovato dives deep into her battles with drug addiction and an eating disorder. But more important, Dancing With the Devil also finds the singer celebrating the healing process. On the powerfully vivid “ICU (Madison’s Lullabye),” Lovato recalls waking up from a near-fatal 2018 overdose and being unable to recognize her little sister. Lyrics like “I didn’t want those innocent eyes/ To watch me fall from grace” lament Lovato’s inability to shield her sister from her personal struggles, though she vows to continue steering Madison in the right direction. On other tracks, including the title song, Lovato recounts the emptiness she felt while battling an addiction; on “Anyone,” she sings “I talk to shooting stars/ But they always get it wrong/ I feel stupid when I pray/ So why am I praying anyway?/ If nobody’s listening.”  Elsewhere, songs like “California Sober” and “Good Place” attest to Lovato’s recovery: The straightforward lyrics of the former (“I’m California sober/ It doesn’t have to mean that the growin’ part is over/ No, it ain’t black or white/ It’s all the colors”) is a public recognition that healing doesn’t have to be linear, for her or anyone else.

2. Yaya Bey, The Things I Can’t Take With Me

On The Things I Can’t Take With Me, the Brooklyn-based R&B singer Yaya Bey bares her soul, using a poetic flow and vulnerable lyrics to examine a recent breakup through the frame of her traumatic past. “the root of a thing,” the project’s opening track, dissects her parents’ mistakes and expresses her worry that they’ve permanently ruined her ability to love. (“I’ve never seen my daddy treat a woman good/ I don’t know what it’s like to be understood”). Similarly, on “we’ll skate soon” Bey comes to terms with an ex’s infidelity with slow, melancholy keys that match its rueful lyrics: “You thought I ain’t know/ [N-word] I been knew/ If it’s me or her /If you don’t feel you/ We can’t do that shit for you/ Damn.” The Things I Can’t Take With Me shines because it’s so intimate: Bey treats the six-track EP as a group-therapy session in which listeners are welcome to share in her pain. And if the EP’s briefness makes listeners yearn for Bey’s next release, they thankfully won’t have to wait long.

Milwaukee-born rapper Lakeyah has been busy since signing with Quality Control—the Atlanta-based record label responsible for Lil Baby, the City Girls, and a slew of other chart-toppers—last July. She released her debut mixtape, Time’s Up, in December 2020, and less than six months later is back with her sophomore effort In Due Time. The 19-year-old opens with a freestyle, backed by a subtle beat, in which she declares her reign in the rap game: “New to the city, but I feel like takin’ over/ Midwest to the A, but I feel like goin’ global.” Songs like “Pressure” and “Easy” spotlight the rapper’s hard-hitting flows, while “Poppin” and “Young and Ratchet” are perfect to play while getting ready for the club. But Lakeyah shows her vulnerable side as well: On “Too Much,” which samples Summer Walker’s “Session 32,” she rhymes about giving all her love and affection to a man who can’t even reciprocate half of it: “Cause, I only feel you whenever we fuckin’/ That ain’t how this shit supposed to be.” Relatable. In Due Time proves that while Lakeyah’s career might be in its early stages, she isn’t going anywhere.

Sinead Harnett - Hard 4 Me 2 Love You

In anticipation of her sophomore album, which drops May 21, North London–bred R&B singer Sinéad Harnett dropped a collection of some previously released songs fans can expect to hear on the album. The four-track EP mainly promotes “Hard 4 Me 2 Love You,” the project’s title track and Harnett’s newest single. She uses the record to vent about being in a soured relationship that’s impossible to escape. See, she’s not singing about a romantic partner; she’s musing about a family member. “I shouldn’t have to lose myself to make you whole,” she sings. “All I wanna do is share my love with you/ So why’d you have to tear me apart?” Ending the relationship will likely fix the problems, but she’s not ready to give up. On “Last Love,” originally released in February, Harnett addresses the dichotomy of the liberation associated with being single while also having moments in which she still feels stuck to an old flame: “Every day, I’m runnin’ ‘round to keep me goin’/ If I think too much, I remember fallin’/ All the things I do to stop the thought of you from comin’.” Fans can look forward to the next chapter of the love story when Ready Is Always Too Late is released.

Saweetie knows she’s the prettiest girl in any room—and it’s not up for debate. It’s this   unyielding confidence that makes her unforgettable, and, in case anyone needs a reminder, Pretty Summer Playlist :Season 1 makes it clear. Promoted as an inaugural playlist, Pretty Summer is the equivalent of Saweetie’s “something fun, something for the summertime, something for the girls to get ready and party to” meme. While the track “Risky,” featuring fellow West Coast rapper Drakeo the Ruler, gives listeners an ultimate summer-party anthem ( “I put rims on a hot pink Honda/ Lip gloss on it’s a pretty bitch summer”), songs like “Pretty & Rich” and “Sweat Check” feature Saweetie rapping about why she’ll never settle for anything less than what she’s worth (“You don’t wanna take me shoppin’, that’s borin’” ). Saweetie’s message is clear: She’s the baddest and most successful—and she wants her fans to embody that same confidence.

Read this Next: Daughters of the Resurrection 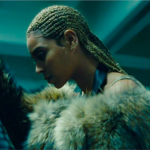 by Vanessa Willoughby
Though the album delves deep into the pain of infidelity, it shouldn’t be separated from its depiction of Black womanhood as a far-reaching community forged from shared experience.