5 Feminist Albums That Got Us Through August | Bitch Media

5 Feminist Albums That Got Us Through August 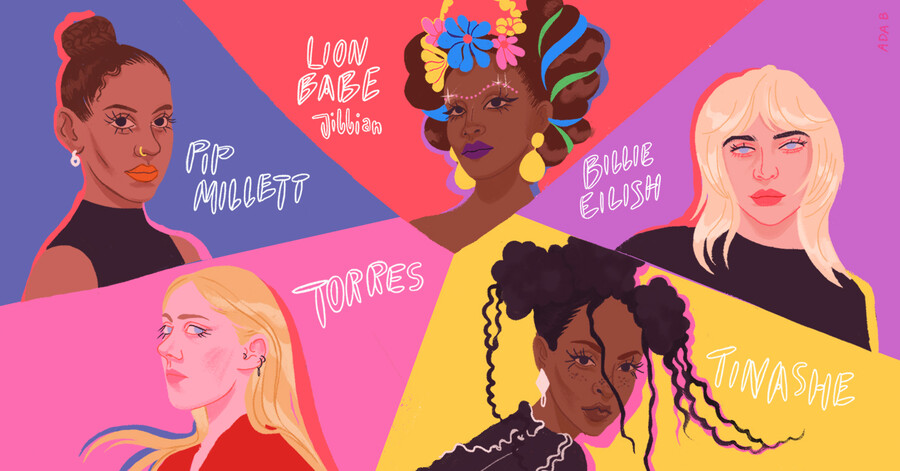 Summer is finally beginning to wind down, signaling a return to longer days, darker evenings, colder weather. And, as always, music can serve as a useful tool for those of us who want to make the transition between seasons seamless. New releases from artists such as Cleo Sol, Billie Eilish, and Tinashe will hit the spot, as Cleo Sol offers up an ode to motherhood and both Billie Eilish and Tinashe embrace newfound confidence and independence. All five of these albums have themes feminists will enjoy, so happy listening!

Billie Eilish, Happier Than Ever

Billie Eilish is growing up, or rather, according to her album’s opening track, she’s getting older. But is the 19-year-old as happy as the album title suggests? That question seems to act as a guide as she explores dealing with the burden of fame at such a young age. And Eilish’s soft yet soulful voice effortlessly captures her vulnerability. While songs such as “Getting Older,” “Not My Responsibility” and “OverHeated” address the problematic ways Eilish has been targeted by the media (“Some people hate what I wear/ Some people praise it/ Some people use it to shame others/ Some people use it to shame me,” she sings on “Not My Responsibility”), songs such as “I Didn’t Change My Number” and “my future” feature a more confident young woman who’s aware of what she deserves. Although Happier Than Ever doesn’t have any catchy hooks or unforgettable songs, Eilish’s latest album finds her standing in her own power.

Imagine yearning for a kind of love you know you’ll never get tired of. That’s the type of desire and longing indie artist TORRES sings about on her latest offering, Thirstier. TORRES, a.k.a. Mackenzie Scott, doesn’t hide how deeply attached she is—and wants to be—to her partner. That kind of attachment can be initially intimidating, which is exactly what she explores on “Don’t Go Puttin Wishes in My Head.” The track spotlights Scott’s vocals at their best, as she pushes the range of her voice. The song is the album’s most vocally challenging, making it well-suited to the emotional complexity she expresses in its lyrics. She sings about how being too attached to her partner could ultimately drive them away. That heightened level of desire reaches its peak on the album’s title track. Scott sings about wanting to show her partner the depths of her love: “Baby, keep me in your fantasies/ Baby, keep your hands all over me.” On Thirstier, Scott explores the innermost (and often lustful) desires associated with being in a loving relationship.

333 is Tinashe’s best body of work. On her fifth album—her second as an independent artist— the Kentucky-bred singer sounds freer than ever. Songs for You (2019) featured and explored more experimental sounds, but on 333, Tinashe dives right into the genre-bending sounds that suit her undeniable talent. Throughout the album, Tinashe seamlessly takes listeners on a journey of creative independence and sexual liberation, weaving elements of R&B, pop, rap, dance, and funk with lyrics that proclaim her unyielding confidence and sexual prowess. “Bouncin,” a buoyant dance track with a catchy hook, finds the singer boasting about how well she’ll please a lover. On “It’s a Wrap,” the album’s aptly titled final track, Tinashe ends a relationship that she knows she’s too good for (“I’m way too fly to be feelin’ a way”). Angel number 333 signifies having the confidence to embark on a new journey, and Tinashe’s latest offering does exactly that.

If you’re looking for comfort during uncertain times, then LION BABE has you covered. Rainbow Child, the third album from the funk-soul duo—singer Jillian Hervey and producer Lucas “Astro Raw” Goodman—offers a soothing remedy for our pandemic blues. In fact, the album is all about being okay with our feelings, no matter how complicated they may seem. On “Home,” Hervey sings about the confusion and frustration associated with life not going as planned: “Already home, but I can’t see the door/ All the keys that I had, they don’t fit anymore/ Maybe I went the wrong way.” On the catchy soulful track “Radiant Child,” Hervey sings to all of the “radiant children” in life who are at a crossroads, encouraging them to be gentle with themselves. The upbeat production on “It’s Ok,” which features hip hop duo OSHUN, perfectly fits the song’s message about being okay with not being okay. Ultimately, Rainbow Child offers a clear and compelling message: Don’t shy away from your feelings—feel everything.

Don't Let It Go to Your Head

Cleo Sol’s latest album is a spiritual experience. It’s also deeply personal. The album sounds like something you should have permission to listen to, but the West London–based singer graciously gives listeners an expansive view of her innermost thoughts. As its title suggests, Mother is inspired by Cleo Sol’s experience with motherhood: “I became a mother this year, and it’s been the most transformative, uplifting, heart melting, strength giving experience thus far that led me to write this album,” she wrote in an Instagram caption prior to the album’s release. And, like any new mother, Cleo Sol yearns for support. But instead of crying out for help, she sings about how her spirituality has saved her from dark times, and she encourages her newborn child to follow the same practice. “A mother’s love will protect you from only so much/ People change, so put your faith in God,” she sings on “Heart Full of Love,” one of the album’s highlights. Its gospel-soul production is reminiscent of something one would hear during a church’s worship service, and it encapsulates the album’s essence—finding solace and strength in motherhood. Throughout Mother, Cleo Sol reflects on times when she lost herself and wonders if she’ll pass that trauma on to her child (see “Build Me Up,” “Don’t Let Me Fall” or “We Need You”). But through love and spirituality, she’s able to find peace. After all, motherhood saved her.

Read this Next: Sex Workers Deserve Better than OnlyFans 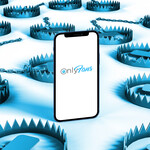 by Kitty Stryker
Why would OnlyFans bite the hand that feeds it?

DeAsia is a freelance writer covering music, culture and identity. Her work has been featured in publications like VICE, The Nation , Blavity and Hufington Post Black Voices. To read more of her work, follow her on Twitter.