5 Feminist Albums That Got Us Through May | Bitch Media

5 Feminist Albums That Got Us Through May 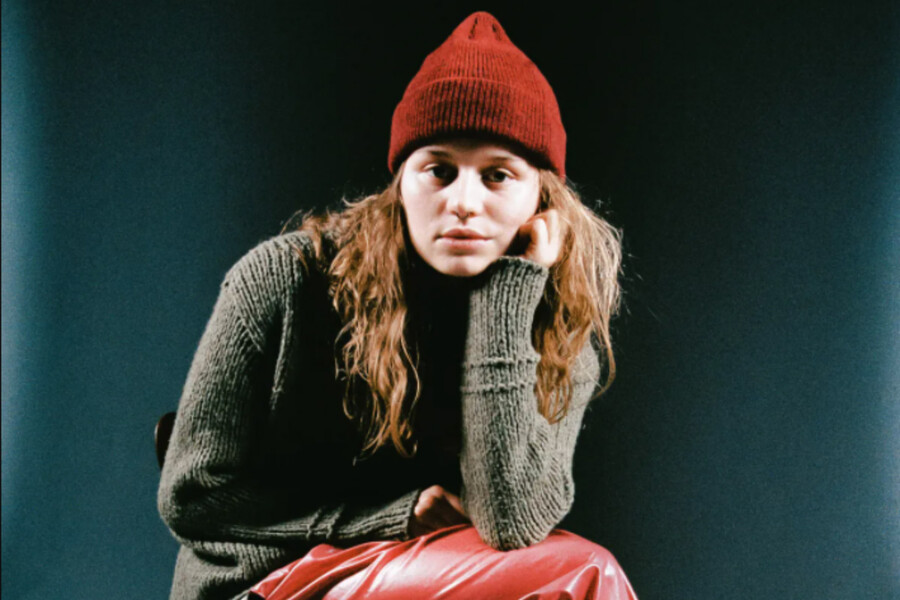 The world is beginning to reopen, as local governments adhere to questionable federal guidelines about lifting mask mandates. Pitchfork, Lollapalooza, and other beloved musical festivals have released their summer concert lineups and a glance at Instagram makes it seem as if the pandemic has ended. It’s a confusing yet hopeful time as society slowly reverts to prepandemic-style normal life. As always, music provides a much-needed escape from the confusion of our current times, and these albums certainly made the past month better.

Dawn Richard celebrates her New Orleans roots on her latest release, taking listeners on an electronic trip through her hometown. The album—named after that city’s popular parade tradition—is a celebration of life. At the beginning of the energetically funky “Bussifame,” a person, who is later revealed to be Richard’s mom, describes a second line as “a dance where everybody is happy and they’re doing how they feel. They don’t necessarily have any set steps to do. They’re just getting down.” Second Line is a lot like that. In an industry that tends to pigeonhole Black women artists, Richard mixes genres, blending elements of electronic, funk, Chicago house music, soul, and R&B. At the end of “King Creole,” the album’s opening track, Richard proudly utters: “I don’t need a genre/ Fuck it/ I am the genre.” Second Line is an ode to Richard’s loving relationship with her art (as heard on the soulful “Mornin | Streetlights”) and to her artistic freedom (“Don’t lose sound/ Play your free loud,” she sings on “Radio Free”). She is shedding expectations of what she should sound like. Instead, like a second line, she’s just getting down.

girl in red, if i could make it go quiet

Marie Ulven, a.k.a. girl in red, bares her emotions on her highly anticipated debut album. if I could make it go quiet gives listeners a peek into her deepest, darkest thoughts. Songs such as “Serotonin” offer an upbeat sound juxtaposed against gloomy and vulnerable lyrics: “I get intrusive thoughts like cutting my hands off/ Like jumping in front of a bus/ Like how do I make this stop.” On “Rue,”  she sings about those who’ve tried to help her through her mental health struggles. “Yeah, I tried/ To get it off my mind/ To leave it all behind/ Don’t wanna make it worse/ I’m gonna make it work.” Ulven’s vocal range shines on “midnight love,” a highlight track where she vents about not wanting to be a convenient option for her partner (“I can’t be your second best/ Close but not your favorite.”). In a recent interview with Bitch, Ulven said she’s comfortable being vulnerable because she lives in Norway, one of the best countries for LGBTQ people to live in. “For me, it was just normal, and I’m just writing about my perception of life and how I’ve experienced life,” she said. Ulven sounds like someone who’s comfortable sharing the most intimate pieces of her life, and, in doing so, assures listeners that they aren’t alone in their own experiences.

Aly & AJ, a touch of the beat gets you up on your feet gets you out and then into the sun

In their first album in 14 years, pop duo Aly & AJ give listeners a quintessential track list to prepare for summer bliss. The album’s title—long enough to symbolize the group’s hiatus—alludes to music being a sunny escape of sorts. And “Pretty Places,” the album’s opening track, delivers on that. That particular song is a highlight because it paints a vivid picture of driving around on a nice summer day to temporarily forget about your problems. With its slow rhythm and dreamy vocals, backed by soothing guitar chords, “Pretty Places” sounds like summer, too. “Slow Dancing,” a slower track, features the sisters singing about creating the perfect setting for intimacy with a partner (“Move the kitchen table out to the lawn/ Roll the rug, stereo’s on/ All I can imagine is being in your arms”). The rest of the album bottles that feeling while making listeners forget the California-bred duo’s musical hiatus.

Jorja Smith, Be Right Back

This is not Jorja Smith’s second album. I repeat, this is not Jorja’s Smith second album. At least that’s what Smith wants listeners to believe. In a recent interview with Apple Music, she said she almost named her new project This Is Not My Second Album. But Be Right Back is a sonically pleasing reminder of the sweet soulful sounds that marked her ascent. Her award-winning 2018 debut album, Lost & Found, introduced listeners to her powerful vocal delivery and vulnerable lyrics, setting the stage for the then 20-year-old’s promising career. Her new EP offers listeners a nice teaser as she enters the next phase of her career. Be Right Back is soulfully introspective: Melancholy songs such as “Addicted” and “Gone” feature Smith crooning about unrequited love and the aftermath of losing someone (“How could my world be much better off with you?” she asks on “Gone”). On the sad, soulful ballad “Burn,” she reminds herself to not work too hard (“You burn like you never burn out/ Try so hard/ You can still fall down”). But on “Bussdown,” which features South London rapper Shaybo, Smith trades in her gloomy lyrics for a sexier sound and attitude as she gloats about working hard to afford the finer things in life: “Top down cause she worked hard for it/ But blacked out, so they won’t see her in it,” she sings. As fans anticipate Smith’s musical future, Be Right Back offers listeners a strong release to tide them over.

Bianca Rose, If You Knew, Would You Care?

London-based soul singer Bianca Rose wants her fans to practice being more empathetic, and If You Knew, Would You Care? serves as a call to action for that mandate. In a year that has taken so much from Black people, empathy is essential. The album opens with the meditative interlude “Respite I {Inhale, Exhale, Breath},” which encourages listeners to become one with their breath. Meditating might prepare them from the heaviness of “Monsters,” a song where Rose acknowledges the inner demons she’s been hiding: (“So sick and tired of feeling sick and tired/ Fight monsters in the dark/ You don’t know about them/ I don’t shout about them/ Don’t even speak about them”). “Skin,” which features Jake Isaac, is an ode to Black love and offering comfort to a Black partner in an anti-Black world: “So if they hate your skin/ Let my love be your wings/ I see you and know you babe.” The album ends with “Edge of a Fickle Flame,” a thoughtful track that offers consolation to those dealing with hard times. As the title suggests, If You Knew, Would You Care? is an intimate, therapeutic album that’s perfect for this time.

Read this Next: All Grown Up 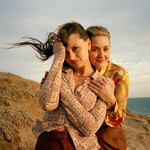 by Elly Belle
There’s an evident maturity in their new music.