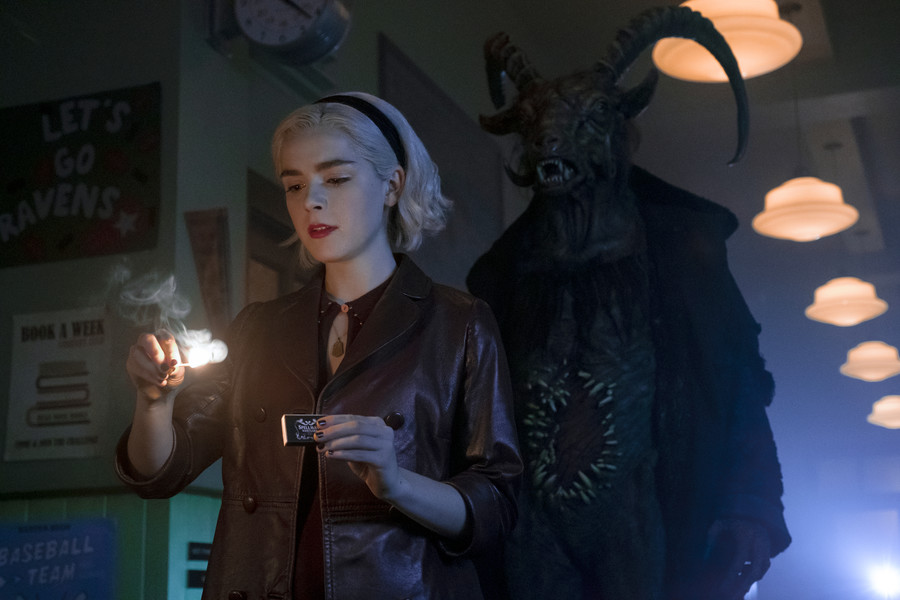 When we were in tenth grade, my friend Mary and I began religiously watching Pretty Little Liars, Freeform’s wildly popular drama about a group of teenage girls who are stalked, manipulated, and blackmailed by an all-knowing entity known only as “A.” We debriefed after each episode about how our secrets compared to the ones the Liars were harboring. Like each of them, we’d been concealing a range of behaviors—trying (unsuccessfully) to make ourselves throw up in the bathroom, hiding the fact that we were attracted to women, and pining over bad boys.

Though both Mary and I considered PLL a guilty pleasure, the show’s sex scandals and screaming matches spoke more to our experience than we were willing to admit. At the time, I was experiencing what I now recognize as sexual harassment by a fellow member of the track team, but unlike “A,” the runner wasn’t a faceless force of evil. I laughed at the jokes he cracked in English class. I enjoyed listening to the songs he wrote and then emailed me. I liked texting him until I fell asleep with my phone in my hand. Most of all, I liked that he noticed me—even if that meant staying quiet while he touched my butt now and again.

The touching started soon after we became friends, and I initially dismissed it as accidental, until there were too many consecutive accidents. The longer I tolerated it, the more I came to feel that by telling an authority figure, I’d be telling on myself for allowing him to touch me that way. The Liars didn’t tell the authorities either, because doing so would force them to reveal their most shameful secrets, which only mounted with each season. Suffering in silence made me feel similarly complicit, a conspirator in my own harm.

Two years after the harassment started, my teammate raped me. I told Mary I’d had sex with him, but left out the brutal details of how it happened. I haven’t talked to Mary in a long time, but I imagine she’d likewise tell me a different story about her older, on-and off-again boyfriend than she did then, even if she didn’t use the word “rape” to describe it. There was something desperate about the urgent notes we passed in class, detailing the minutiae of our boy drama; like the Liars, we knew something immense loomed over us, but we could only describe it with the language of gossip. We framed our experiences as melodrama rather than as trauma incurred by being teenage girls. It was easier to call ourselves pretty little liars than victims.

Riverdale, the CW drama loosely based on the central cast of Archie Comics, began airing in 2017, a few years after I left my hometown for college. Much like Pretty Little Liars, Riverdale homes in on the violence inflicted on high-school students by their peers. In the third episode, Veronica (Camila Mendes) and Betty (Lili Reinhart) begin a crusade against slut-shaming when they discover that Riverdale High’s football team keeps a record book of alleged hookups. “We’re objects for them to abuse,” Betty says. “And when they’re done with us, they shame us into silence.” She spits out her lines, calling the book “dehumanizing.” By writing this in dialogue, rather than as subtext, the show’s writers turned the vague, simmering rage of so many silent teen girls into a rallying cry.

I was stunned by the casual righteousness with which Veronica and Betty addressed slut-shaming. I wasn’t familiar with the term in high school, but it was one Mary and I needed when we were sharing our secrets. Even if I couldn’t stop the runner from grabbing my butt, I could have told a teacher if I’d truly understood the phrase “sexual harassment.” Maybe I wouldn’t have endured it for four years. Maybe it wouldn’t have escalated to rape. Watching characters like Veronica and Betty onscreen could’ve helped us articulate our experiences, reassured us that we had the right to be furious about the harm we’d faced.

I felt the same sense of envy while watching Netflix’s other show in Roberto Aguirre-Sacasa’s Archie Universe, The Chilling Adventures of Sabrina (based on Sabrina the Teenage Witch). In it, Sabrina (Kiernan Shipka) must choose between living a free life as a mortal, or signing her soul over to Satan to keep the supernatural powers she possesses. To say the show is about a girl coming of age within a patriarchy is neither metaphorical nor interpretive: Sabrina borrows the most prominent rhetoric of pop feminism to make its points. One witch, for instance, accuses Sabrina of “cockteasing” the Devil when she backs out of participating in a satanic ritual; when Sabrina is put on trial for leading the Devil on by promising to participate in the ritual and then backing out, the prosecutor asks her what she was wearing. But throughout, Sabrina refuses to blame herself for these gendered insults and injustices.

Pitting Sabrina against Satan—a literal patriarch—creates an explicit battle between good (women’s rights, bodily autonomy) and evil (those who infringe upon those things). Teen dramas of the recent past—Pretty Little Liars, Gossip Girl, Veronica Mars—have framed the oppressive forces that shape the lives of teenage girls as amorphous, unsolvable mysteries. The rebooted Archie Universe arms those girls with the language to describe, understand, and fight against the forces that hurt them.

That’s not to suggest that the Archie Universe is free of sexism and objectification. In addition to an often myopic version of feminism (including a Black witch being “racist” toward Sabrina), both Shipka and Reinhart are skinny, blonde girls next door whose storylines require them to strip down to lacy white bras for dubious reasons. Though both characters are 15, the cameras linger over their breasts, enticing viewers with their bodies and implicitly tying their value to their status as objects of desire. This is the same dehumanization that Betty rails against—and despite the demands expressed in her dialogue, the show’s lens renders her unequal.

Though the politics of the Archie Universe aren’t perfect, they signify a powerful shift in the content of teen drama.

Stereotypes build the arcs of Riverdale and The Chilling Adventures of Sabrina’s male characters as well, but to different effect. The football players in both shows, for instance, are open-secret sexual assailants who are never seen without their letter jackets; each show also includes at least one football player who hides his desire for other boys by parodying the toxic masculinity of his teammates. It was impossible for my high-school self to connect the oafish jocks I saw on TV to the equally insidious but more complicated ones I knew, and I doubt watching the Archie Universe’s new versions of these characters would have changed that. The abusive boys are still easy, explicit villains, who fly into a rage when confronted with their behavior; “good” characters are quick to recognize and punish the abuse by, say, banning a slut-shaming football player from their parties. The signals that a jock could also be the villain in my own narrative were more nuanced, hidden among his jokes, his songwriting, and the way he cheered for me at track meets.

Though the politics of the Archie Universe aren’t perfect, they signify a powerful shift in the content of teen drama. These hit shows have taken the progressive undercurrents of cult TV—Buffy the Vampire Slayer is Sabrina’s most obvious predecessor—and brought them into mainstream teen culture. The explicitly feminist interventions of Sabrina and Riverdale’s heroines offer teen girls an awareness that they must champion their own autonomy, and encourage them to learn more about how they can. These characters—simultaneously relatable, admirable, and explicit about their politics—affirm that teens should pay attention to the power structures that impact their lives.

Mary and I related to the Liars’ fight against their abuser, but neither of us identified as feminists because we were afraid of sounding too extreme, and that same fear kept me silent for more than four years. Even if the Archie Universe couldn’t have changed the way Mary and I felt about ourselves in high school, it might have sped up our path toward self-advocacy. In the characters’ fierce insistence on dignity, we could have seen evidence that we were still the heroines of our stories, still beautiful, still worth loving.

by Dianca London Potts
Sabrina is a force to be reckoned with. 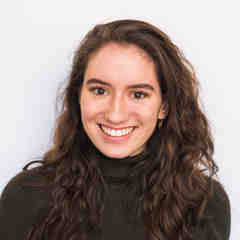 Kathryn Vandervalk is a writer based in New York City, currently earning a degree from Columbia University’s fiction MFA program.