There was a time early in the career of journalist Jessica Bennett when she would regularly get together with a group of other young professionals in “creative-ish fields” to talk about the various obstacles they faced at work and provide each other with advice and emotional catharsis. All were women, and all knew that their gender played a role in the obstacles they faced: “Each of us, in every field, in every role, was stumbling into gender land mines at every turn—and often ones we didn’t even know existed.” To offer other women the same guidance and support that she found at these meetings, Bennett has written a manifesto-slash-manual on how women can navigate and deactivate those land mines.

In Feminist Fight Club: An Office Survival Manual (For a Sexist Workplace), Bennett works through male stereotypes one encounters in the office—including the Manterrupter, who doesn’t let a woman finish her thoughts before chiming in, and the Bropropriator, who steals a woman’s idea and presents it as his own—and offers tips on how to counteract their boorish behavior. She also makes women aware of the self-sabotage they may be unwittingly practicing in the workplace, such as the inability to say no to taking on thankless tasks, the reluctance to negotiate a higher salary, and the hesitance to take credit for one’s accomplishments (women will frequently credit luck and help from others, while men find it easier to talk up their own qualities). Working mothers face their own unique set of challenges, ranging from a lack of places to pump one’s breast milk to the perception that having a flexible schedule means one isn’t working as hard. Bennett treats gender discrimination at work as the serious issue that it is, citing scientific studies and data that back up her claims, while also infusing Feminist Fight Club with a healthy dose of humor that makes these tough topics easier to digest.

Many women will recognize the situations outlined by Bennett and take heart in her frank, funny advice on how to destroy them. Yet others may want something more. Bennett is upfront about the fact that the members of her first Feminist Fight Club were a relatively privileged bunch: “College graduates with decent apartments, if not large enough to fit the group….Most of us had been depressed or directionless, but we could afford therapists.”

While this self-awareness is a good thing, it doesn’t change the fact that, like Sheryl Sandberg’s LeanIn.org (where Bennett is a contributing editor), Feminist Fight Club feels like a guidebook for women who have already found themselves on the path to success and just need a few pointers along the way. Women held back by socioeconomic conditions and racial prejudice, among other things, need to be able to get within sight of that path in the first place, and all of the quippy language and cheeky pop culture references in the world won’t help them get there. 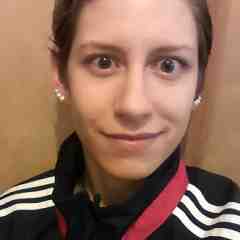 Relevant: “Sanctuary of the Psychic Life” 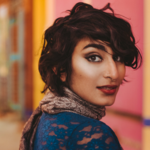 by Britt Ashley
All poetry is inherently political.