“A Little Late with Lilly Singh” Has a Code-switching Problem 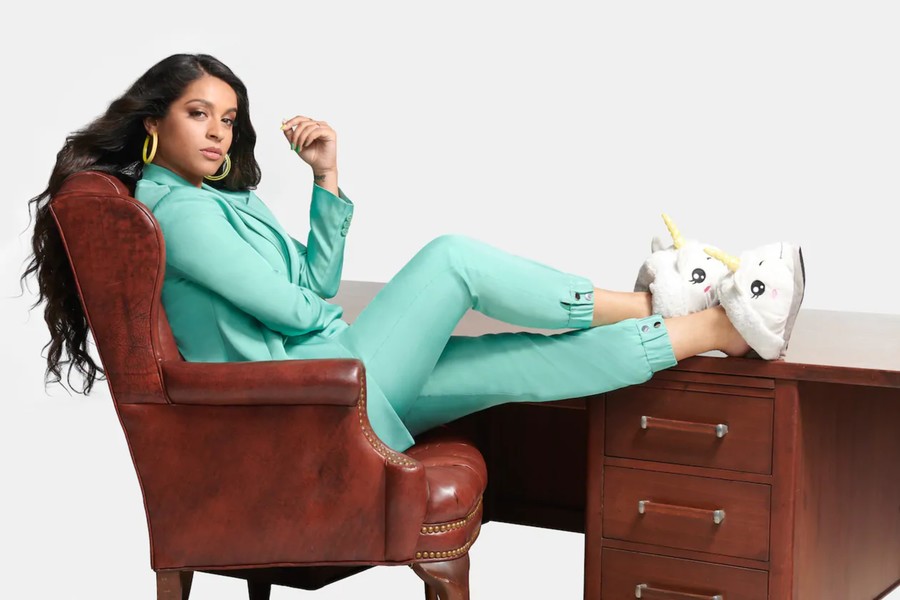 Bringing some much-needed melanin to television’s daily nighttime lineup, A Little Late with Lilly Singh begin airing on September 16, making Singh the third woman of color to host a late-night talk show on American television. Singh may not be the first woman of color late-night host—those honors go to Wanda Sykes and Mo’Nique—but she is the first South Asian woman in America to break through the white male phalanx that guards late-night television. Singh is also an out bisexual late-night host, another important point of inclusion and representation that had been sorely missing.

Born in Ontario, Canada, to Sikh parents, Singh rose to fame with a popular YouTube channel that led to a huge following, a book deal, and a growing list of endorsements. But Singh’s rise also has come with a fair share of faults, the biggest of which is Singh’s appropriation of Black culture. Her 2017 book How to Be a Bawse: A Guide to Conquering Life appropriates AAVE right in its title, and Singh even went so far as to claim she coined the word “bawse.” As a non-Black woman, Singh has capitalized on cultural appropriation through a performative Black identity (including wearing cornrows), and it’s a part of a larger troubling trend of non-Black performers of color exploiting Black culture for their own gain.

We’ve almost come to expect this from white performers like Miley Cyrus, Justin Timberlake, and Katy Perry who don Black culture when it’s convenient and discard it when it no longer serves them. But it hits and harms differently when non-Black people of color, like Singh and Awkwafina, appropriate Blackness. I was stoked when I learned that Singh would be the new Brown face of late night because, as a fellow South Asian North American, I am always seeking Desi representation onscreen. However, learning that Singh would be have the distinct honor of being the first South Asian woman in America to host a late-night show gave me pause: Would she use her platform to embrace and promote her own rich Punjabi, Sikh, and Canadian heritage? Or would she continue exploiting Black culture and AAVE? For better and for worse, the answer to both questions is a resounding yes.

Fellow South Asian Mindy Kaling was Singh’s first guest, a definite win for representation. Singh also kicked off her show with Tamil, the first time the language had ever been spoken on American television. In subsequent episodes, Singh has opened up about her sexuality and, in particular, about being bisexual in a South Asian community where discussing sex (as well as doing it) is considered taboo. Singh has also discussed getting high for the first time (since weed is legal in California), and how her ingrained post-colonial Desi guilt about drug use framed her terrible first marijuana trip. For Desi viewers like myself, Singh’s series of confessions are huge steps forward in breaking down South Asian stereotypes.

On the other hand though, A Little Late has made several missteps: The first episode began with a rap that made some good points about diversity, inclusion, and being a Brown person in white-run media, but it still continued Singh’s uncomfortable history of co-opting Black culture. As the show progresses, Singh code-switches in and out of her South Asian persona, a neutral Canadian accent, and that unfortunate “Blaccent” that seems to emerge when she’s nervous. Though appropriation was central to Singh’s YouTube channel, I’d anticipated more growth from her, especially since this is a singular point of criticism that’s been regularly lobbed at her.

Following the show’s debut, Singh was also criticized by the Desi community for making a crude joke comparing a Sikh turban to a bath towel, which oddly aligned her with bigoted perceptions about the holy garment. Singh is Sikh herself—maybe this is why she thought she could pull off the joke—but it didn’t land, and only served to alienate one of the very communities she’s representing on television. Her mishaps just prove that she still has a long way to go when it comes to being culturally competent about race, ethnicity, and religion, including her own—a risky place to be when you’re leading a late-night television show.

So we find ourselves at a crossroads: Singh is a South Asian late-night television host. At the same time, she’s not so quietly squandering her good will by continuing to perform a version of Blackness as a form of entertainment. The solution might be for Singh embrace her South Asian culture in a bigger way, maybe by using her opening monologues to introduce American audiences to vocabulary and expressions from the Indian subcontinent they might not be familiar with—like when she called Mindy Kaling “didi,” a term of endearment all Desis, regardless of background, innately understand.

There’s value to this moment in pop culture, even if the ultimate product is simply to watch Singh evolve as a host and a person and for us to grow alongside her. When apologizing for the turban joke Singh wrote, “I hope you continue to make space for me to make mistakes, and improve from them.” Canceling Singh now would be a lost opportunity not just for women of color on late night TV, but also in giving people room to learn and grow their social and cultural consciousness. Singh has rare power in this moment; let’s give her some time to figure out how to best wield it before fully writing her off.